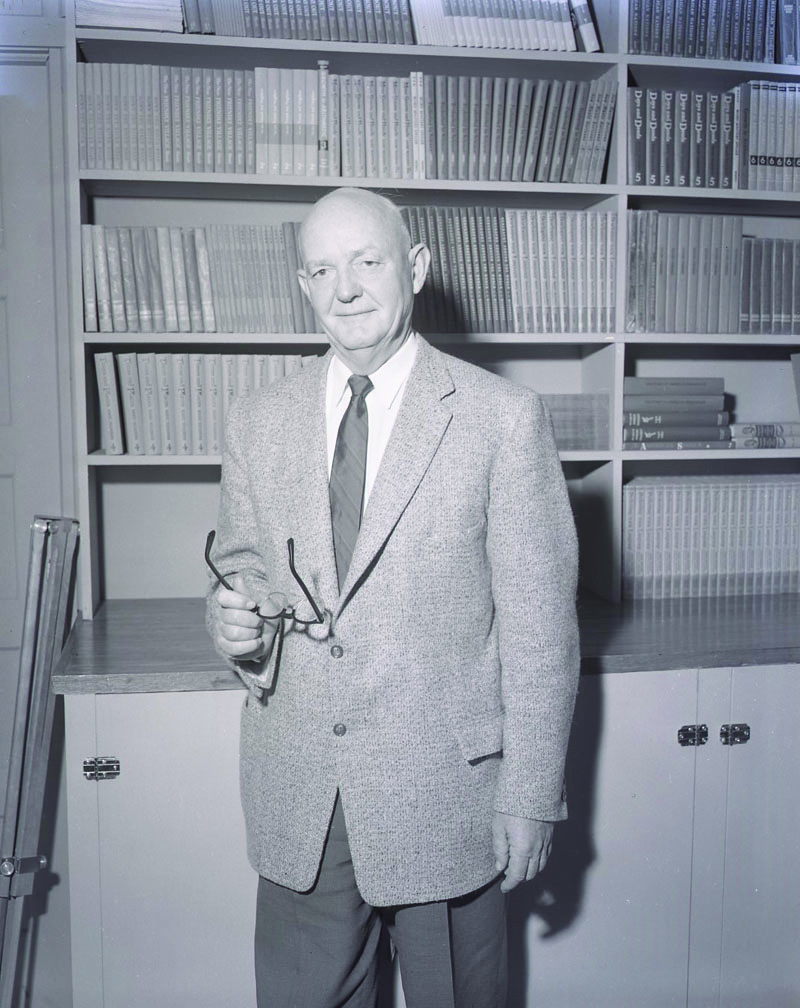 Claud Grigg was born July 12, 1896 in Shelby. He received his undergraduate and master’s degree from Duke University and completed further graduate level work at Columbia University. He served in the Navy during World War I.
Grigg taught school in Cleveland County and later became the principal of Hamlet High School. He served five years as superintendent of schools in Gibson followed by seven years as superintendent in King’s Mountain.

In 1934, Albemarle City Schools conducted a search for a new school superintendent. Grigg was chosen from a pool of 70 applicants. This pool included applicants that were from all over North Carolina in addition to South Carolina, Georgia, Virginia, New Mexico and Missouri.

He was active in the leadership at Central United Methodist Church. Grigg was also trustee of the Stanly County Hospital, a Mason and a member of the American Legion. On a professional level he held numerous leadership roles with the North Carolina Education Association.

Due to his long service with the school system and community at large, Grigg was given an honorary doctorate from Pfeiffer College on May 27, 1964. He retired two years later and continued to live in Albemarle until he passed away in March 1978.