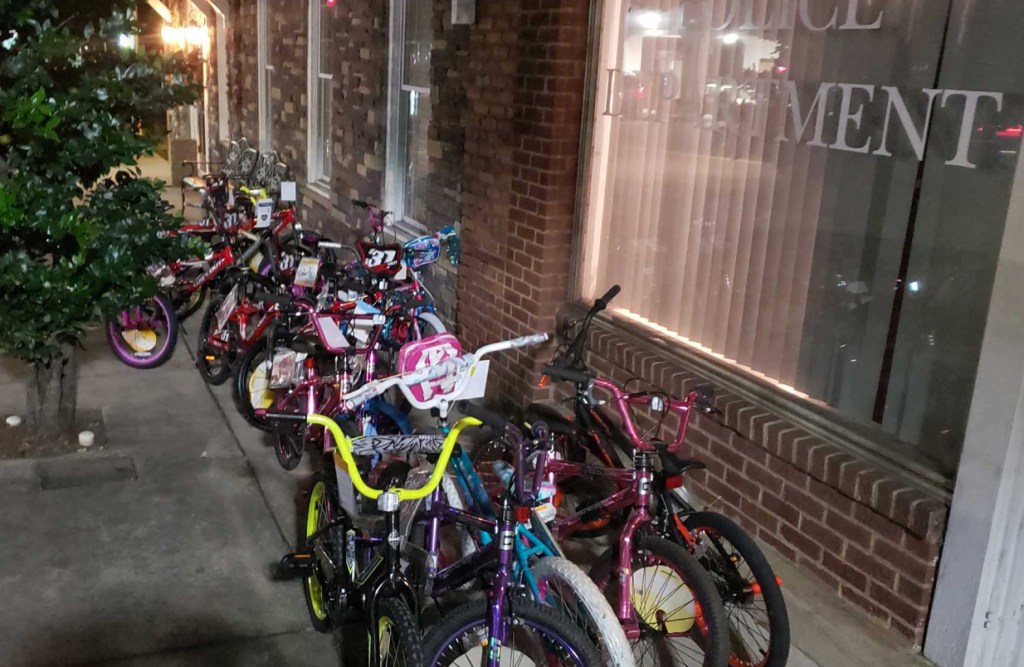 Wednesday’s climb to the roof as a challenge to collect donations for Toys for Tots delivered a generous haul certain to make a joyous Christmas season for many unsuspecting youngsters.

Chief T.J. Smith initially took to the roof of the Oakboro Police Department as a way to fill the bed of pickup truck with children’s toys on behalf of Toys for Tots. Within only a short time, the truck bed was full.

“We got enough toys within the first hour to come down,” Smith said.

But Smith braved the cold temperatures and stayed atop the building, hoping to collect more toys. And they did.

“It was crazy the number of people who showed up,” Smith said.

“It blew everybody away,” added Tim Pressley, Toys for Tots coordinator.

“Congratulations on a job well done for the Toys for Tots campaign,” Becky Wallace posted on social media to Smith along with her $500 pledge.

“I did it for years when my son was in the (Marine) Corps. He now serves in the Air National Guard in Badin,” she added about previously assisting Toys for Tots.

The monetary donation will be used to purchase more bikes, the most requested Christmas item, Smith said.

One donor showed up at the police department at 6:45 a.m., before Smith went on the roof, with a new bicycle. His gift marked the first of the day’s drive.

All of the toys collected will be distributed locally, a key reason for a successful effort, Smith said.

“It was so successful because people knew it was staying in Stanly County and realizing the great need locally,” he said. “People have a great heart for our community.”

Along with the pickup truck, they filled a large enclosed trailer with donated toys.

“Once we had that stuffed and couldn’t get anything else in it — that’s when we quit,” Pressley said.

Gift ideas were collected from wish lists provided by various ministries and churches throughout the county.