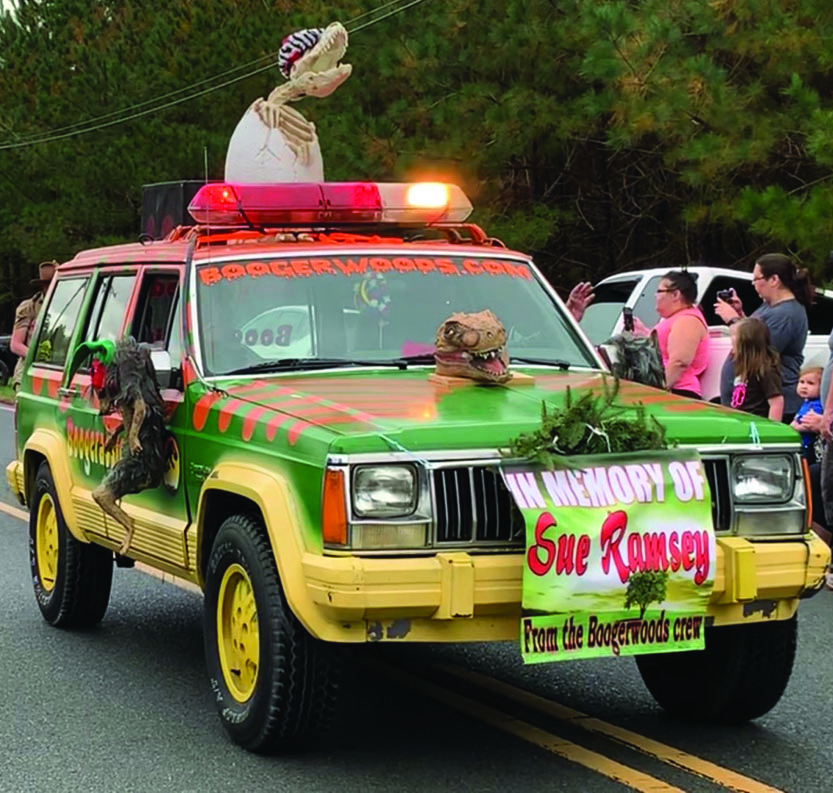 Photo by STACY DUNN Palestine Christmas parade entrant from Boogerwoods (above) found a way to pay tribute to Sue Ramsey Sunday afternoon. Ramsey, who organized the parade for several years, died weeks before this year’s parade. A “moment of sirens” was also conducted at the beginning of the parade in her memory.

The skies were gray but the smiles were bright on Sunday as folks filled the roadsides of the Palestine community. Generations of families stood together ready to once again enjoy the sights and sounds of the annual Palestine Christmas Parade. 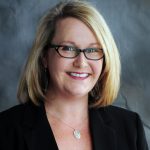 As a nearly life-long attendee, and often participant, I knew this year’s parade would be different. And it was, but not in the way I expected.

Sue Ramsey, a 30-plus year organizer of the Palestine Christmas Parade, passed away on Nov. 4. Sue passed on, but the parade she and the Simmons family of Palestine began and championed was meant to carry on.

Even as Sue was dealing with her illness, the parade organization continued.

With a strong supporting cast of friends, plans were put in motion and calls were made to ensure the parade would go on as planned.

As Badin Police Sgt. Steven Butler, Badin Town Manager Jay Almond and I waited our turn in the lineup, I looked around Prime Beef Boulevard at the crowd gathered to ride the Palestine route one more time.

I smiled as I remembered all the years Sue worked so tirelessly on this event and I felt a swell of pride in our community, that we were there, together again, to kick off the Christmas season.

As the 2 p.m. start time neared, but before we rolled toward Airport Road to begin the route, there was a pause. The pause was for Sue.

The pause was not for a moment of silence as you might think, but rather it was a moment of high volume and flashing lights. The pause was for a wailing moment of honor and recognition as fire and police departments from across the county were joined by emergency medics, highway patrol and rescue specialists who all lit it up for Sue.

Every emergency vehicle in the parade, and there were a lot of them, mostly lined up nose-to-tail, sat motionless, sirens wailing at full throat.

Red, white, blue and amber lenses flashed in cadence with punches of air horn charging through.

The pause was filled with reverence and salutation but not despair. While sadness was a part of the community’s loss, it was not the purpose of the gathering, or the pause.

With a lump in my throat and teary eyes, we started down Airport Road and gave a nod to Sue’s house as we passed by. My fellow parade participants and I wished Merry Christmas and threw as much candy as possible to friends and families gathered from the beginning to the end of the route.

The Palestine Christmas Parade is a gathering for celebration, and a celebration it would remain … after a pause … a very loud, colorful and heartfelt pause.

In closing, and in the words of Sue Ramsey, Merry Christmas from Downtown Palestine.

Tracey Almond is the advertising manager for The Stanly News & Press.