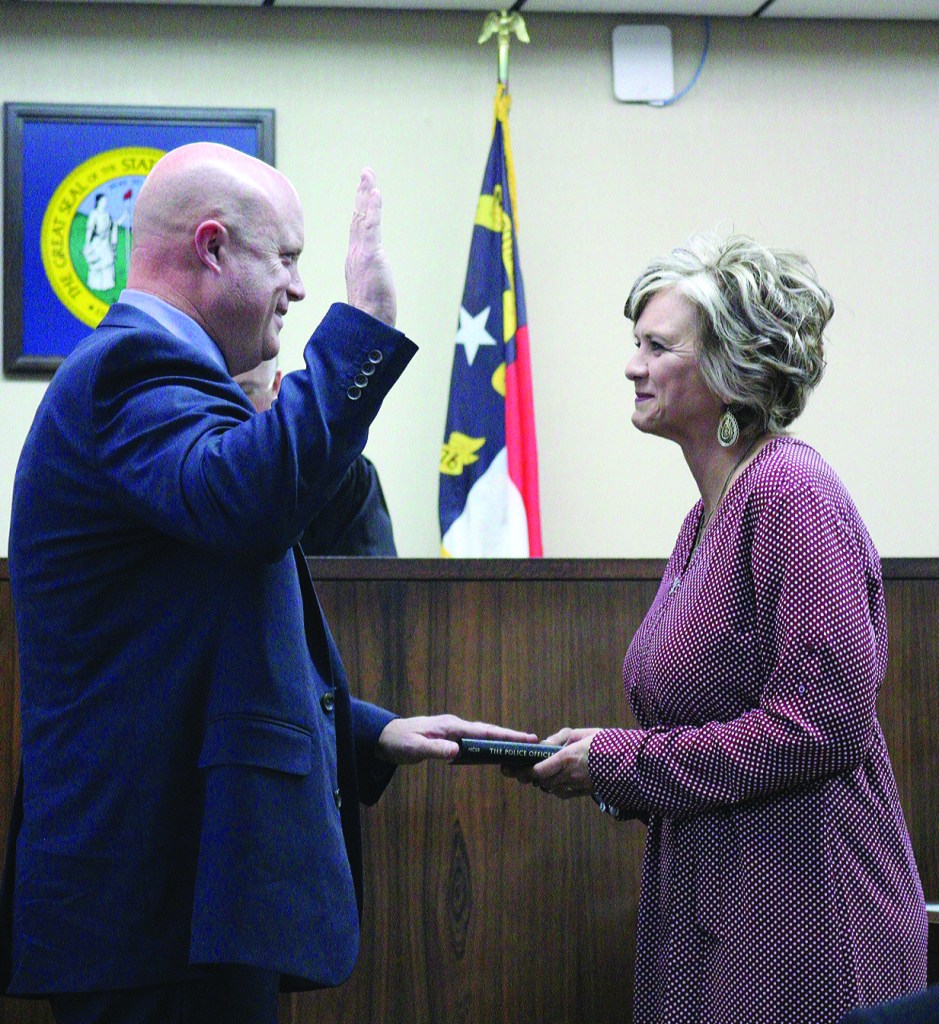 Keys atop an empty desk is all that greeted Stanly County’s new sheriff.

Upon taking his oath during the early morning of Dec. 3, Crisco walked into his new office and found a key fob for the sheriff’s vehicle and a set of keys to the office. Otherwise the desk and office were bare.

Less than a week later Crisco found himself thrust into the new job with a pair of violent crimes against the area’s first winter storm. Sunday presented Crisco with a shooting turned 3-hour standoff. Later came an armed home invasion and robbery, which left a victim hospitalized.

He also inherited a two-month-old shooting with few clues that left a 75-year-old man clinging to life on a ventilator.

Accustomed to a law enforcement career where he was among the rank and file tasked with field investigations, Crisco realizes he’s now an administrator with a host of new responsibilities.

Like most elected offices, there was first the unpleasant business of personnel changes. Much of the former sheriff’s administrative staff was relieved of their duties as Crisco put his own people in those key positions. About seven positions, five sworn and two office employees, were affected, the sheriff said.

“It’s really a matter of loyalty and duty,” Crisco said.

He acknowledged there are deputies who voted for outgoing sheriff George T. Burris because they wanted to be loyal to the one signing their paycheck.

“I need them to be loyal to me now,” Crisco said.  “I want to earn everyone’s respect.”

Overall, the transition has unfolded smoothly, prompting Crisco to applaud the staff’s efforts.

Among those new hires is Chief Deputy Ashley Thompson, who had been retired as a state wildlife officer for 28 years. Thompson said he relinquished retirement for Crisco’s sense of “integrity.”

“He’s doing it for the right reasons. He wants to make a difference,” Thompson said.

Part of Crisco’s plan includes bolstering training standards for the deputies. Much of that will fall on Thompson, who also teaches basic law enforcement training.

“We’re trying to be proactive, instead of reactive,” Thompson said.

“I want the deputies to be well-rounded in all aspects of the job,” Crisco said.

Since much of Crisco’s background relates to narcotics, drug enforcement remains a top priority especially with Stanly County’s No. 1 state ranking in opioid overdoses for five straight months.

Illegal drugs beget other crimes because users tend to turn to stealing and robbing to fund their drug habit, he added.

While it’s not exactly clear why Stanly is more problematic with opioid overdoses compared to other counties, it is home to more than a fair share of illegal drug activity.

“Stanly County is a bedroom community for Mecklenburg, Cabarrus and Union counties,” he said. “It’s easy for people to slip in and out.”

While Crisco does not plan to totally eliminate his predecessor’s commitment for more traffic enforcement, he prefers to leave the county’s main arteries like N.C. Highway 24-27 and U.S. Highway 52 to the N.C. Highway Patrol. Instead, he wants patrol deputies to focus on the back roads and where drug traffickers might travel.

Stanly’s drug crisis, however, will not be deterred by any single agency or department, Thompson said.

“It’s going to require building relationships and partnerships,” he said. “No one alone is going to be able to do it.”

Crisco will supervise about 100 employees and an annual budget of $7.35 million.