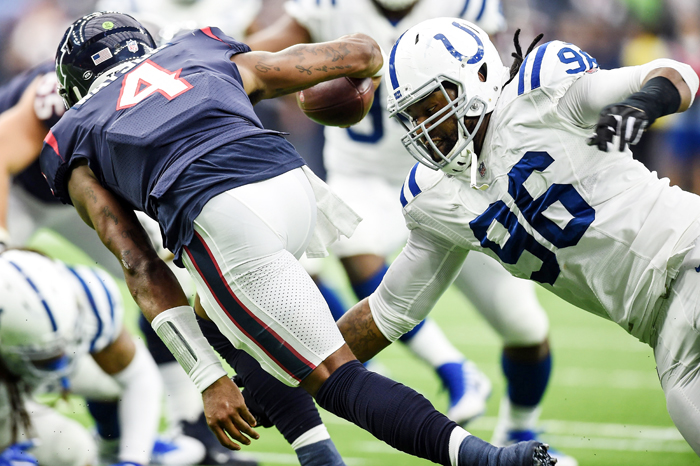 INDIANAPOLIS — Two Indianapolis Colts players have for sure punched their tickets for Orlando, Florida, and the 2019 Pro Bowl, but five others have also been recognized for their performances in an impressive comeback season for the organization.

Pro Bowl alternates can be selected to play in the annual NFL all-star game if those named Pro Bowl starters or backups either decline the invitation or cannot play, or are participating in that year’s Super Bowl.

Those selected to play in the Pro Bowl from the Colts were tight end Eric Ebron and guard Quenton Nelson.

Autry has shined in his first opportunity as a regular starter in the NFL. A key free agent signing by the Colts back in March, Autry has established career-highs in solo tackles (26), tackles for loss (12), sacks (9.0), quarterback hits (11) and forced fumbles (2).

In Week 13 against the Jacksonville Jaguars, Autry logged single-game career-highs in sacks (3) and forced fumbles (2), and the following game, he was named AFC Defensive Player of the Week after logging two sacks and two tackles for loss in a road victory over the Houston Texans.