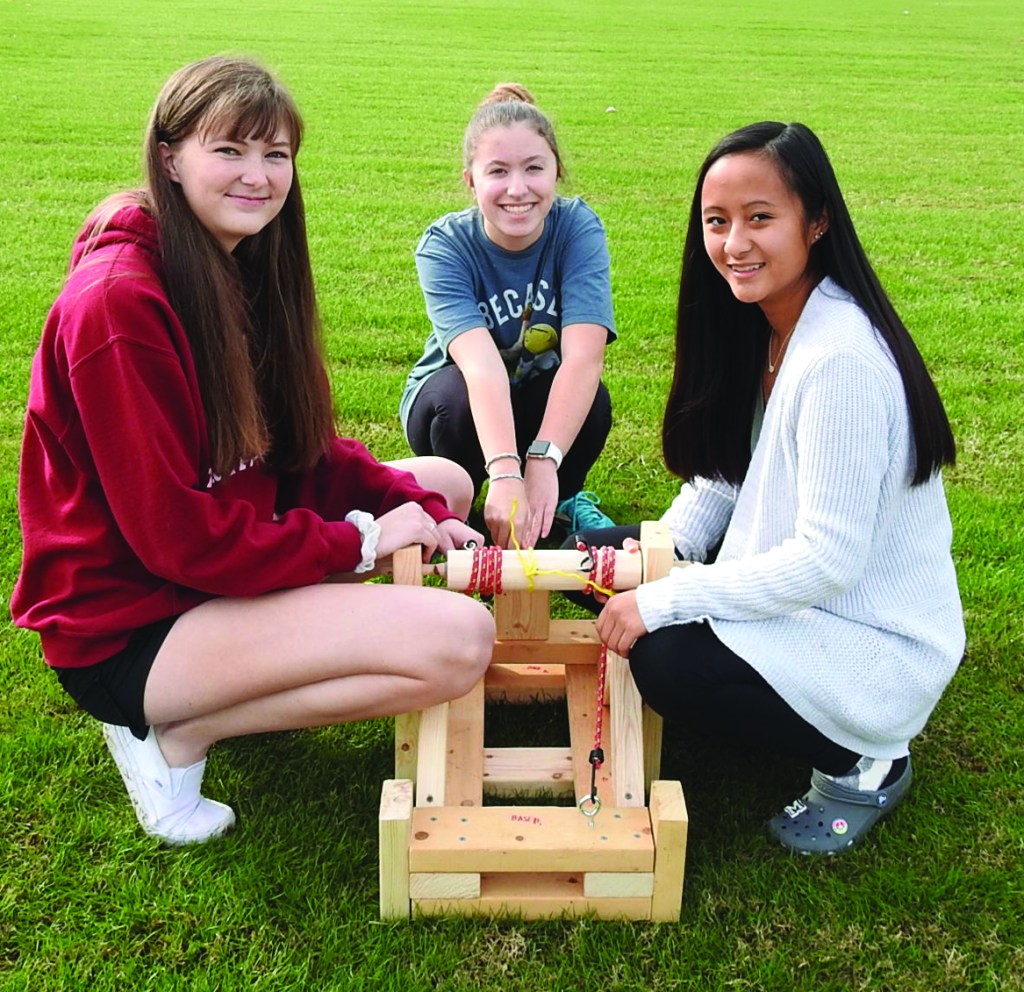 Exams aren’t all pencils and papers.

Students tested their skills in a different way this week.

Dec. 19- 20, students at Gray Stone Day School took their homemade Da Vinci catapults outside to measure how far and accurately they could launch a softball. 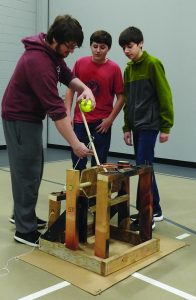 Contributed
Kyle Casey, Cody Davis and Corbett Webster work to test their catapult during one of Jeff Brown’s STEM classes.

The catapults had to utilize Da Vinci’s design and were constructed only from wood and cardboard using standard bungee cords for power.

Students began by researching the math and science behind catapults.  Next they applied that knowledge to construct a model which they tested and made adjustments to before constructing a full scale version.

This project was the continuation of Jeff Brown’s STEM (Science, Technology, Engineering, and Math) class that was introduced to the high school last year.

“It was fun to see the students cooperate with each other as they tweaked their designs for the final test to see whose catapult would propel a ball the farthest and with the greatest accuracy,” said Helen Nance, chief administrator at the school.

“Applying learned concepts in real life situations is not a new concept to these students who last year raced Roman Chariots and most recently constructed cardboard canoes they paddled in the Pfeiffer University pool,” added Brown.