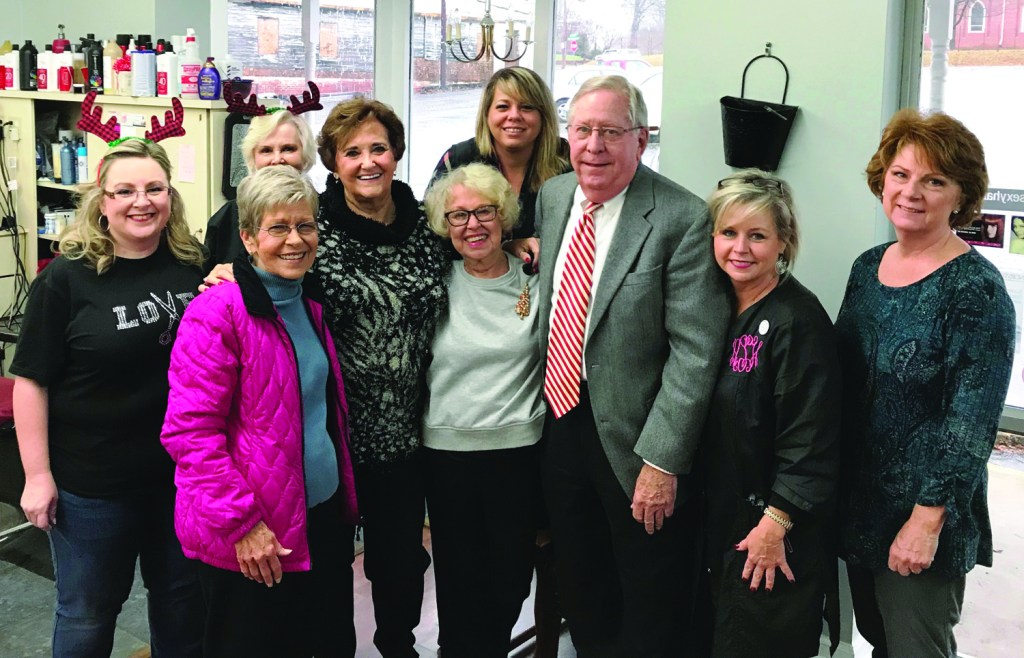 When her co-workers decided to throw a drop-in retirement party for Sandra Holt, the long-time hair stylist at Modern Beauty was less than enthusiastic.

“Nobody’s going to come to that,” she told them.

And when the day of the event dawned rainy and gray, she was certain her prediction had been confirmed.

“With this weather, I was sure of it,” said Holt.

But contrary to her predictions, a steady stream of well-wishers kept the salon door swinging on Thursday, expressing thanks to a lady who describes her fellow stylists as “family” and who has been integral in the operation of Albemarle’s longest-running beauty shop.

Holt and long-time co-worker Ivy Holt (no relation) have worked together for “fifty-some years,” according to Ivy, all at Modern Beauty.

Sandra was more exact in her time keeping.

Sandra entered the hair styling business as a stylist at Modern Beauty after first being employed by Belk at Charlotte and Concord.

“Ivy and I worked together there when the business was owned by Grover Simpson. We took the business over from him,” she said. “Modern Beauty had originally been operated by Mrs. F.E. Starnes, and its first location was upstairs over Starnes Jewelers before Grover took on the business.”

During her time at the business, Holt has worked with and trained quite a few new stylists in the trade, several of whom have remained on the staff. Casey Miller is one of those.

“She (Sandra) bossed me around when I first started, but I learned a lot,” said Miller.

“Now she (Miller) bosses me around,” countered Holt. “But we look after each other.”

As can be inferred from such good natured ribbing between the co-workers, the relationships built within the staff are more along the lines of kinship than friendship. 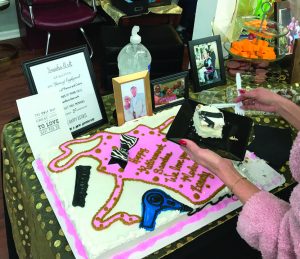 A celebratory retirement cake is decked out with hair care items.

“This is family,” said Sandra in describing the workplace. “It’s like home. I can’t recall a cross word between us.”

Holt voiced similar sentiments toward her many customers.

“The people I’ve served have been wonderful. We want our customers to be happy while they’re here, and leave more beautiful.”

Todd Holt, Ivy’s son, was one of the well-wishers in attendance. He often visited the shop growing up, and told a story about how Modern Beauty has stayed “modern.”

“Back in the late 1960s, I can remember coming to the shop and seeing all the ladies in the chairs with their hair teased straight up,” he said. “The ladies wore their hair up then … we refer to it now as ‘the big hair days’ … that was the style back then.”

“The styles have changed, and we’ve had to change with them,” said Sandra.

But the biggest change yet lies ahead for Holt, when she will wake up each morning and not have to prepare for cutting, snipping, coloring and shampooing.

“I’ll do what I want to,” she said. “And if I get up one morning and I want to do something different, it shall be done.”