Authorities rescued a woman and her 7-year-old son from an armed kidnapper after she alerted their whereabouts via text messages.

Wednesday night sheriff’s deputies, along with police from Norwood and Oakboro, descended onto property on Churchyard Road where they found Danny Jason Price, 37, holding Kari Hill and her son against their will, according to Sheriff Jeff Crisco. 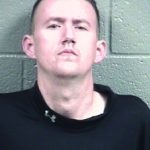 Sometime after 8 p.m. the incident began as a consensual drive after leaving a Badin Road residence. Price left driving in a van with Hill and her son as passengers. As Price drove he became increasingly agitated, Crisco said.

After first driving into Montgomery County, Price then proceeded toward Norwood and where he has family property, the sheriff said.

“As he exited the van to unlock a gate to the property, Hill jumped into the driver’s seat,” Crisco said. At this time, Price fired two shots from a handgun.

Because Hill had been secretly texting her mother in Cabarrus County of their location, authorities were able to trace their whereabouts.

“During the whole time (Hill) is texting her mother who was relaying the information to 911,” Crisco said.

Once officers heard the shots, the Sheriff’s Emergency Response Team was also dispatched to the scene.

Meanwhile, Hill fled in the van and met law enforcement who were staging nearby.

“She met deputies and they challenged her,” Crisco said. “They got her and her son out of the van and to safety.”

Officers then moved toward the gated area where Price remained. At 9:54 p.m. Price surrendered without further incident.

He was arrested on two charges of first degree kidnapping and three counts of assault with a firearm on a government official. He was jailed under a $150,000 secured bond, the sheriff said.

Crisco said Hill and Price were acquaintances, but they were not involved in any type of relationship.

In addition to Norwood and Oakboro police, Crisco applauded the work of Stanly County Emergency Medical Service and 911 Communications for their contributions in bringing the incident to a peaceful resolution.