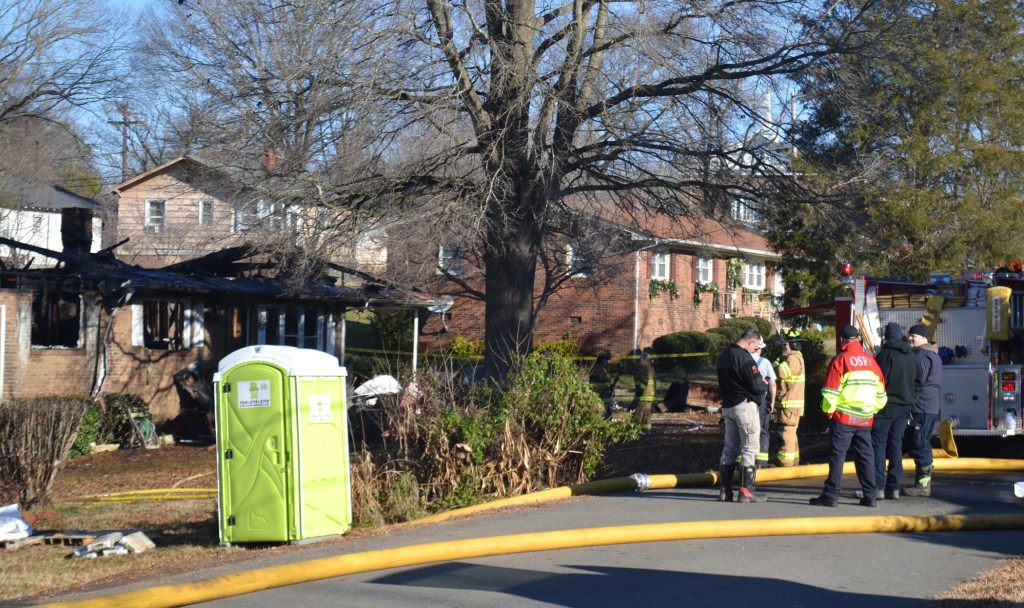 Federal, state and local investigators sifted through the charred remains in search of a cause in the post Christmas fatal house fire at 408 Jackson St., according to Badin police Sgt. Steven Butler.

“After the fire was put out two bodies were discovered in the house,” Butler said.

Other than identifying the victims as both male subjects authorities declined to release their names pending confirmation by the medical examiner.

Both victims were found in the middle bedroom. It’s unclear if they were killed by the fire, smoke inhalation or some other means, another determination for the medical examiner, according to Stanly County Fire Marshal Danny Barham.

Reportedly one of the victims was ill with the other serving as a caretaker, Barham added. 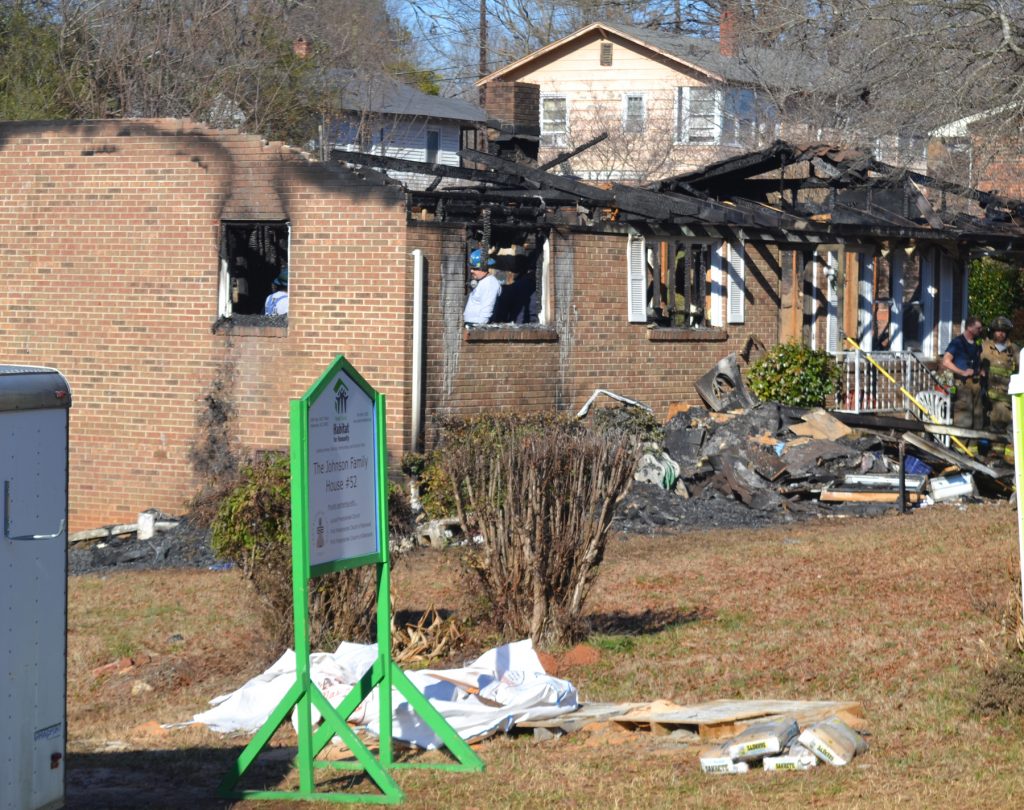 Firefighters comb through a burned house at 408 Jackson St. in Badin in search of the cause of a fire that claimed two lives.

Roughly nine hours after the 5 a.m. fire began fire investigators were still combing through the ashes trying to determine a cause.

“We’re pretty confident we have determined where the fire started,” Barham said. However, he declined to identify the location.

Next, they were focused on determining the fire’s origin.

“There are four possible causes,” he added. “Right now were trying to rule out heating.”

The brick ranch had an oil tank for heating, but it’s unclear if that was the home’s present or only source of heat.

A neighbor called 911 shortly after 5 a.m. to report the blaze.  By the time first responders arrived on the scene the house was fully engulfed, Butler said.

“Flames were visible when they got here,” Butler said.

The fire quickly reached the attic.

“Once a fire spreads to the attic you’re going to lose the house,” Barham said.

Both the house’s roof and floor collapsed in the fire that left the interior gutted with only the structure’s outer bricks still standing.

Neighbors were observed watching firefighters work the scene, some driving by to see the damages and inquiring about the victims.

“It’s going to be a rough day for family members and the community,” Barham said.