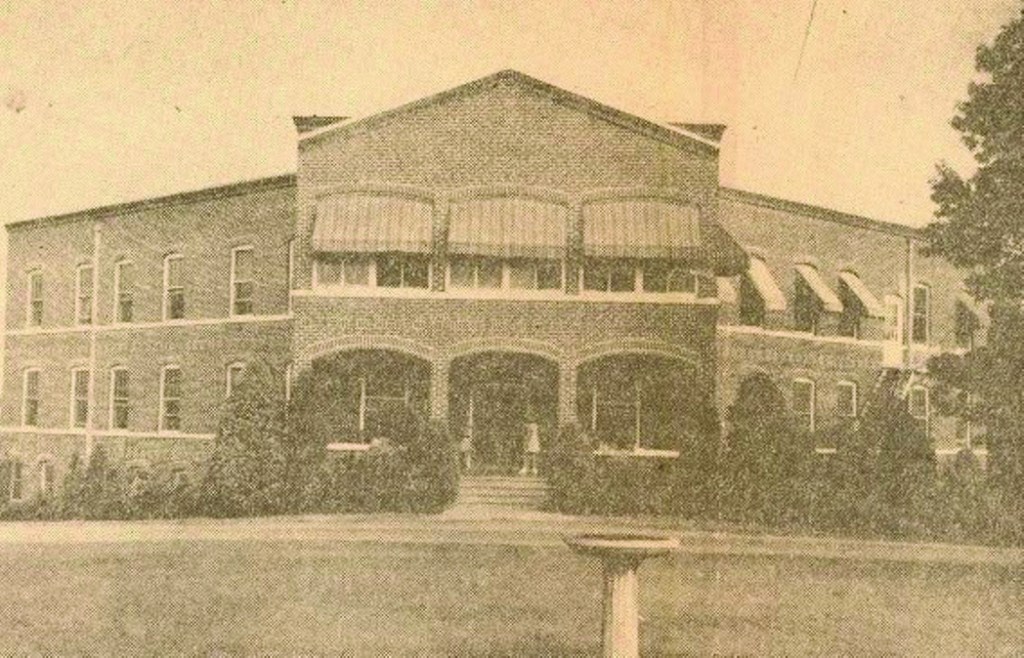 Yadkin Hospital, on Palmer Street, was built by local contractor J.D. Harwood. The hospital opened Aug. 4, 1926 with 26 beds (later it was expanded to 40).

The Yadkin Hospital, located in West Albemarle on Palmer Street, was built by local contractor J.D. Harwood. The hospital opened on Aug. 4, 1926 with 26 beds (later it was expanded to 40). The first operation, an appendicitis, was performed that afternoon.
According to the Winston-Salem Journal, Dr. W.T. Shaver and Dr. C.M. Lentz were two of the primary owners, but many local physicians held stock in the hospital.
In 1929, with the support of the Duke Foundation, the Yadkin Hospital became the first public hospital in Stanly County. Badin Hospital, built in 1917, was the first hospital in the county. Tally-Brunson Hospital, which opened in 1924, was the first in Albemarle. Both of these were still private at the time.
During 1950, the Yadkin Hospital merged with the Stanly General Hospital (previously known as the Tally-Brunson Hospital) and together they became the Stanly County Hospital.
In May 1953, the North Carolina Baptist Home for the Aging in Winston-Salem purchased the old Yadkin Hospital building and nearby Nurses Home. The buildings were completely renovated and remodeled to serve as a branch of its operation. Originally known as the Albemarle Baptist Home, it was opened on Dec. 7, 1953.
In 1990, Carrol Taylor was appointed to the Board of Trustees of the Baptist Retirement Homes. He became heavily involved in much needed renovations of the building and even pledged the majority of the financial resources for the project.
Due to his hard work and dedication to improving the Albemarle Baptist Home, the facility was renamed in Carrol Taylor’s honor and is now known as the Taylor House.