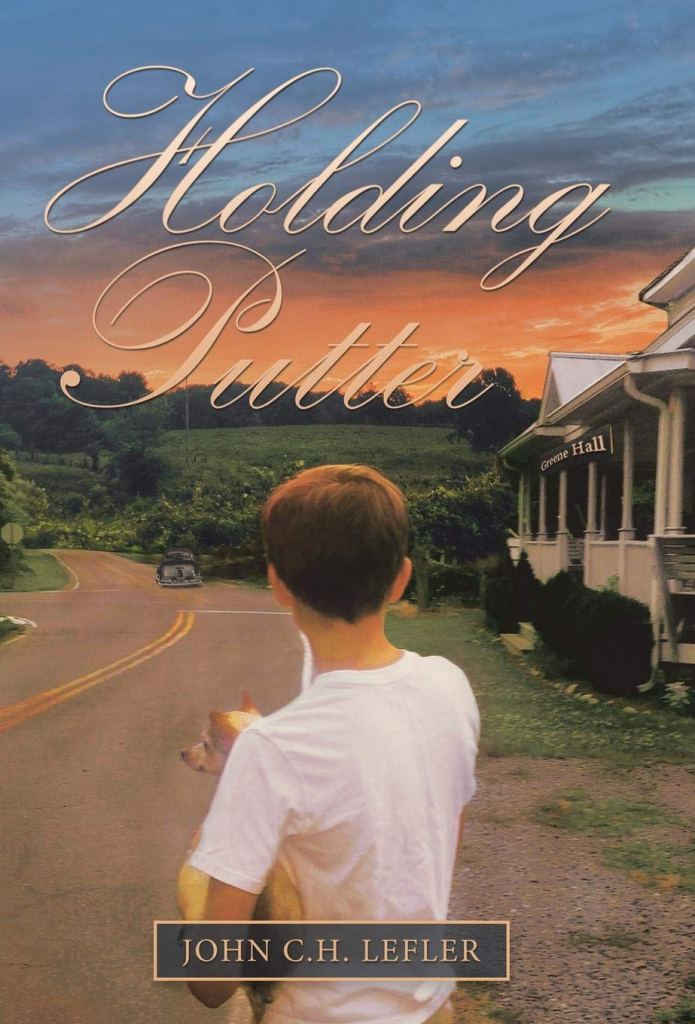 A grant writer who has authored or overseen $200 million worth of exposition during his career, as well as the former director of a news bureau in Chapel Hill, he certainly loved words and knew how to use them.

“I’d written in many forms my whole life. I definitely loved it,” Lefler detailed.

“My brother was always asking me when I was going to write a book.”

But personally, that was the one form of writing he never felt any particular desire to undertake. Or at least not until a couple of years ago that is.

While attending a library event at Pfeiffer University, Lefler — a former Pfeiffer employee and long-time Misenheimer resident — felt his whole attitude shift on a single word. It didn’t come until the end of the talk — given by Lefler’s friend and local author Jim Gulledge.

“He was talking about the next book he was planning to write,” Lefler said. “He was thinking of calling it ‘Peachland.’ ”

For Lefler, that single word brought to mind the town by that name. The same one his handicapped brother had been raised in.

“It was like an accordion fan opened from the left side of my brain to the right,” Lefler said. “I couldn’t stop thinking about what a great story it would make, his life, his experiences… before we even left the table I told my wife, ‘I’m going to write a book.’ ”

And last year he did just that.

“Holding Putter” — released in November by Westbow Press — follows the life of Sammy, a boy suffering from seizures in the mid 1900s who encounters a handicapped dog, Putter, with the ability to sense when he is about to have an episode.

“About 90 percent of it is pulled from real life,” Lefler said. “A historical fiction account of what it’s like to live in a different generation with those limitations… the intense search everyone has to ‘be normal.’ ”

As for how the book came to be, well, that proved nearly as astounding as his sudden decision to write it.

After resolving to put his brother’s life into a story, Lefler spent about a year simply gathering together words, phrases, memories and ideas in a little notebook.

“But I just wasn’t getting very far on actually writing it,” Lefler said.

So last Christmas his wife put a special present under the tree. A gift card to his favorite restaurant down in Myrtle Beach, the Blockade Runner.

“She told me, ‘Your food’s covered, now just go down and write,’ ” Lefler said.

Three days later, Lefler drove down to Myrtle Beach and settled in at the Blockade Runner. The restaurant even set up a desk for him overlooking an ocean.

“It was 10 a.m. exactly when I looked down at my notes and started writing,” Lefler said.

It was the last time he noticed the clock.

For the next nine hours, Lefler just wrote. He didn’t take a pause to go to the bathroom, to get his food, not even to drink water.

The same thing happened for the next two days. By the end of it, the first draft of the story was finished — a total of about 42,000 words in three days.

“I think it’s the fastest I’ve written anything,” Lefler said.

After spending a few months editing and fine tuning the story, Lefler found a literary agent and then a publisher to get his book in print.

“I knew a lot about the publishing process already,” Lefler noted.

He self-published an informational book on how to do fundraising a few years before, so he’d looked into the process extensively.

“But as much as I knew, it was a whole different thing to experience it,” Lefler said.

Fortunately, there was little Westbow Press wanted to change about his work, just a few phrases that — as a Christian publisher — they did not want to include. Lefler quickly changed them and the book was complete.

“They were a fantastic group,” Lefler said. “They knew how to handle me, how to work with me…Very professional and very good at what they do.”

But there were still a couple of details to see to before it could be published.

The first was the cover. Lefler wanted an image that meant something on the front of his book. And a photo by local photographer Jennifer Parker fit the bill.

“I’d seen a photo of a sunset she took on one of the back roads — grey clouds rolling in so that you’re not sure if it’s a good thing or a bad thing,” Lefler said.

That image was combined with one of an old building — similar to the boarding house his handicapped brother stayed in for a while — a car driving away, and a boy holding a dog.

“That’s my grandson,” Lefler said of the boy on the cover.

But before releasing the book, there was one other thing to take care of — his family. The story was labeled fiction, but there was no way someone who knew his family could read it and not know who it was about.

Lefler’s older brother — the one who encouraged him to write a book in the first place — was still alive — and a key character in the book.

“If he wasn’t comfortable with it, then I wasn’t going to publish it,” Lefler said.

But his brother — the same one who had pestered him to write a book for years — was completely on board. After reading it, he gave his brother an enthusiastic approval.

“He ended up dying a couple of months before it was released,” Lefler said. “I was so glad I got a chance to share it with him before.”

In the few months since it was published, Lefler’s book has found a strong readership across the Piedmont — and is gaining momentum elsewhere.

Especially among his family. As cousins and nieces and nephews read about the character that represents his older brother, several have told him how it gave them a fresh look at the man they loved.

“Of course, it’s fiction, but I think they see his heart behind it,” Lefler said.

As he moves into marketing his book, that support has given him all the confidence he needs, Lefler noted.

But perhaps not the answer to the question people are already asking.

“Am I going to write another one?” Lefler said. “It’s a good question. I don’t know.”

Right now he’s just focusing on getting “Holding Putter” out there, he said.

Trying to do it right, by traveling around, meeting with people, talking about his book.

But perhaps, in some other lecture hall on some other day, one little word will trigger another flood of words.

“And then I don’t think I’ll have much of a choice but to write,” Lefler said.

Shannon Beamon is a freelance contributor for The Stanly News & Press.