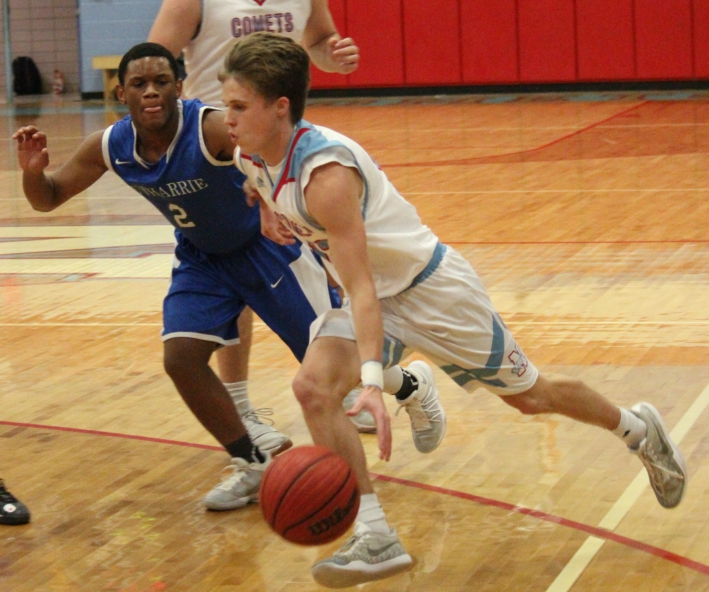 Bryson Childress had a big night for the Comets (6-4, 3-1 YVC) with 30 points, including 22 in the first half. Nalik Veasley added 13 for North, including hitting 5-of-6 at the free throw line. 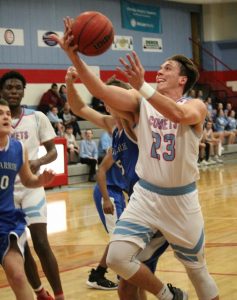 North Stanly’s Carson Lowder drives to the basket for a layup in the Comets’ win Wednesday over Uwharrie Charter. (Photo by Charles Curcio)

After Elijah Glover opened the game with a steal and bucket for Uwharrie, the Comets scored the next nine points of the game, including seven in a row from Childress. North led by as much as 14 in the first period before a late 7-0 run by the Eagles got the visitors within seven after one quarter.

North’s offense put the foot down on the gas pedal in the second period helping the Comets pull away. The hosts scored 13 straight points over the first three minutes and led by as much as 29 points in the period. At halftime, North led 48-22.

North’s best shooting period percentage wise came in the third when the Comets were 9-of-14 overall, outscoring the Eagles by eight in the quarter.

Both teams substituted liberally in the fourth quarter with the Comets’ bench all putting points up on the board.

“We feel awfully good about Nalik, Carson and Garrett contributing as the year goes along,” North coach Greg Childress said.

“We don’t compete if we don’t have Malik and Garrett (Clark) on the boards. Carson has been solid all three years on varsity…we have a lot of what I call ‘glue guys.’ They play their role, sometimes scoring, sometimes defending, sometimes rebounding.”