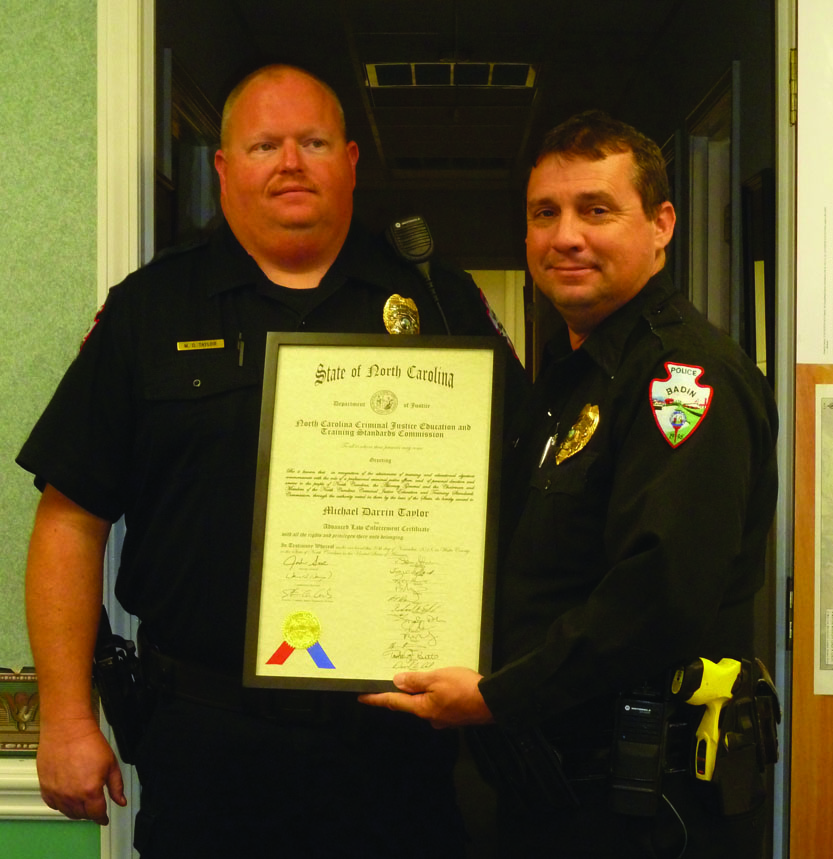 Badin council members narrowed down a list of candidates they may ask to take an empty seat on the council.

The council hopes to fill the spot Ryan Hatley left when he resigned last month. Hatley moved to Charlotte to be closer to his office.

Town Manager Jay Almond suggested the council look at a list of former council members and mayors, as well as members of the planning and adjustment boards. After Almond printed off a list of the names, the council crossed out the names of those who have moved from Badin, are deceased, or who are likely too busy with other commitments.

Almond pointed out many may not realize how much time is involved.

After reducing the list, the council agreed to let Almond speak to the individuals to find out if any of them are interested in the position.

Councilman Ernest Peoples asked how soon the seat needs to be filled. Almond said the “sense of urgency is entirely manufactured” since the council could technically leave the seat open until election time, but he advised filling the spot as quickly as possible.

Councilman Larry Milano said that he advises finding a new council member before the town has a budget planning session.

“Since coming on board, Officer Taylor has been an asset both for the department and the town,” Almond said.

“He worked very diligently, very hard for the last year and a half to obtain it,” Lambert said.

Resident Hilton Butler told the council he is aware of six trees on state property he is afraid will fall and injure someone. One tree near the beauty shop has already posed a danger to patrons, he said.

Butler said he called the Department of Transportation and was told the state will not remove the trees, but said he found a contractor who will do it. Butler said if the town would pay for $1,000 of the cost, he would cover the rest.

Almond told Butler he would check into the issue to see if the state would remove the trees or provide funding for it.

Almond and the council agreed to set up a meeting with Code Enforcement Officer Tim Swaringen to receive an update on and answer questions about some of the code enforcement cases in place.

Almond provided each council member with a draft of the codification process.

The town contracted with American Legal Publishing to review its ordinances and offer recommendations for ones that need updated, conflict or have other issues. An outline of the draft was included.

“This is a reasonable upgrade not only to our effectiveness and police effectiveness, but to public access,” Almond said.

The council will review the draft and upcoming recommendations from American Legal Publishing.

Imari Scarbrough is a freelance contributor for The Stanly