Widening of 24-27 affecting many businesses 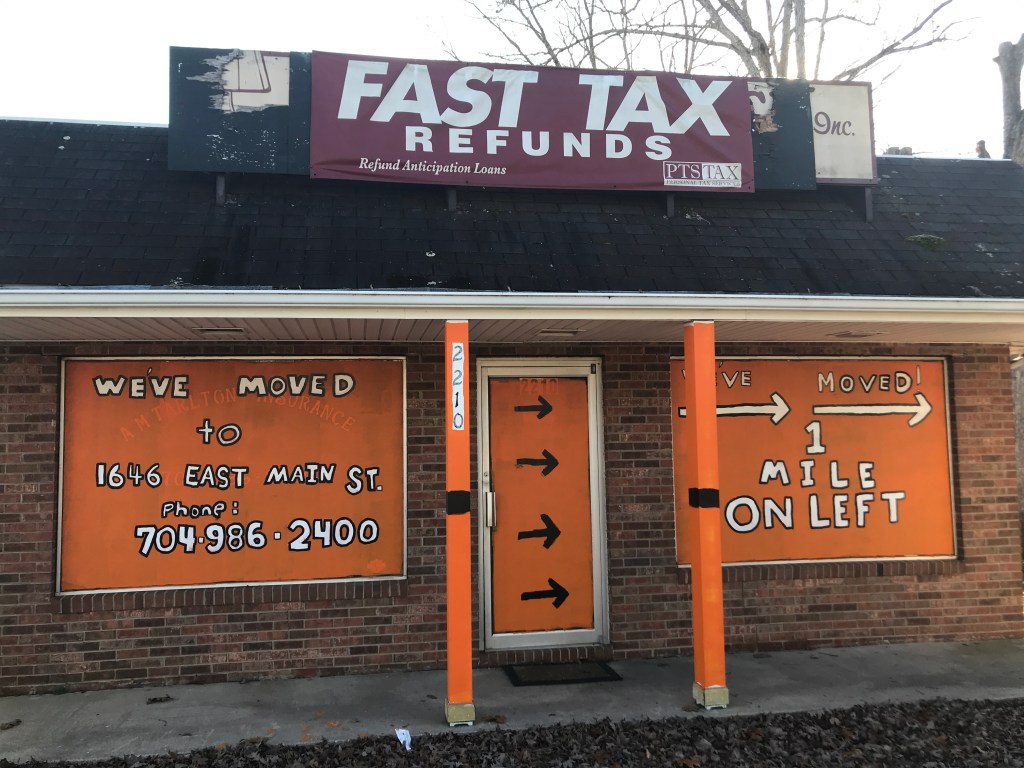 This building used to house A.M. Tarlton Insurance. Due to the widening of 24-27, in the summer of 2018, the insurance company moved a few miles closer to downtown Albemarle.

Several businesses have already been affected by the anticipated widening of N.C. Highway 24-27 going toward Troy.

The project will stretch about 7.13 miles from N.C. Highway 740 to just east of the Pee Dee River and will cost more than $60 million, according to Brett Canipe, the deputy Division 10 engineer at the N.C. Department of Transportation.

Deeck Mechanical Inc is one of the few businesses still remaining on N.C. 24-27. Its current Albemarle location is 2218 E. Main St., but it also has a location in Locust. Owner Gary Deeck likes the current location and his customers have grown used to it as well.

Deeck said he’s doing his best to finish up construction of the new shop. As of now, he’s starting to add walls and offices to the new building.

Canipe said the construction project is scheduled to advertise and hopefully choose a contractor in March. Construction should start sometime in the summer.

Canipe said NCDOT is in the process of buying the properties along N.C. 24-27.

The highway will transform from a two-lane road turn into a four-lane divided highway, said Canipe.

Deeck, 54, said about every business on his side of the road has already moved. At one point, Deeck also thought about moving his business but decided against it because he likes his current location.

Deeck Mechanical has been around for about 25 years and it has been at the current location for about 19 years, said Deeck.

Tom Tarlton III, owner of A.M. Tarlton Insurance, moved his business from N.C. 24-27 — he was next to Deeck Mechanical — to a location a few minutes closer to downtown Albemarle. His new location is 1646 E. Main St. He bought his new building from the chiropractor’s office across the street.

He had been at his old building for about 10 years.

On a Friday afternoon at his old building in the summer, “what seemed like thousands of cars were all headed toward the river,” which could create a bottleneck effect, Tarlton said. A four-lane road would be an easier way to move people in and out of the county and reduce the traffic, he sai.

“We have loyal customers who followed us to our new location,” Tarlton said, adding that, compared to his old location, more local residents pass his new one.

Tarlton said  the NCDOT has been kind to him as he transitioned to his new building.

“It was quite a pleasant experience,” he said.