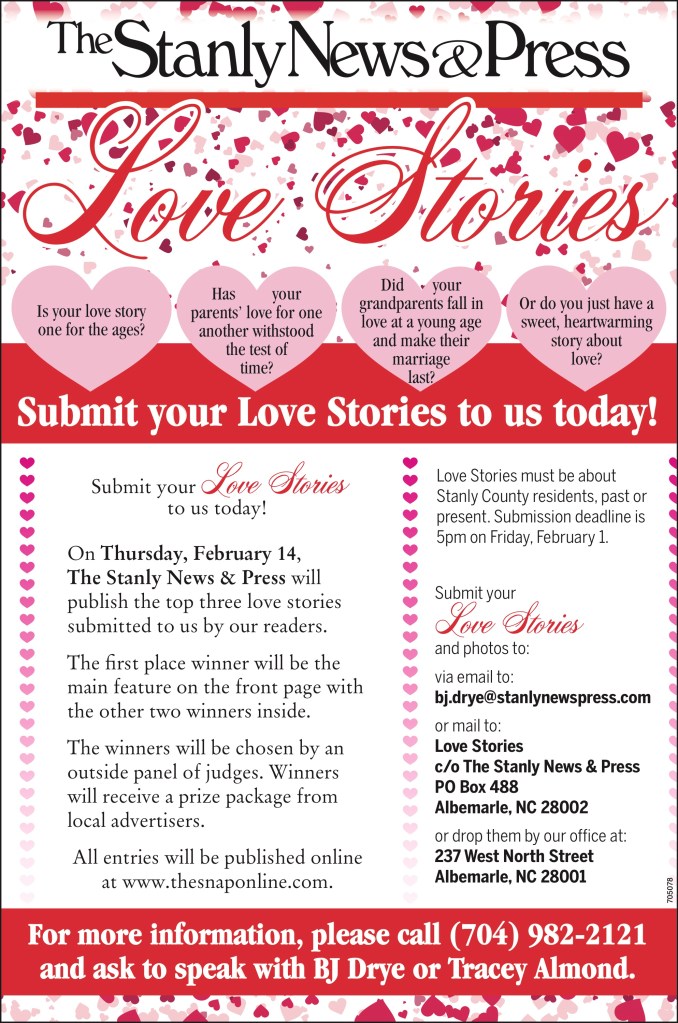 This month, we are asking our readers to share their love stories with us to celebrate Valentine’s Day.

In thinking about and planning for the contest, I started thinking about my own love story and how unlikely it was that my wife Jenelle and I would meet, fall in love, have three kids and still be together 28 years later.

It all started on a normal day at the beginning of my sophomore year at Appalachian State. I was walking out of the the communications building with two of my friends and saw her walking down the sidewalk.

I was a geeky DJ at WASU, the 340-watt college radio station. I thought I was going to be the next Vin Scully. She was a freshman from Old Fort, N.C. who was going to be a teacher but ended up in newspapers after spending lots of her time working for The Appalachian.
I knew immediately there was something special about her. My friend Keith, who was one of the two friends walking with us and would later be the best man at our wedding, had went to high school with Jenelle so the two said a quick hello and we went on our way. Later I was asking Keith all about her.

Jenelle says something told her, “There is the man you are going to marry,” when she saw us walking toward her. She said she was hoping it was the third person in our group, Kenny, a cool suave Italian guy. It didn’t work out that way.

We never dated in college. We weren’t even friends who saw each other every day. She had other boyfriends. I had other girlfriends. But we always kept up with each other and looked out for each other.

I stayed with her after she had a surgery. She brought me juice and took care of me when I had the flu. I called her and told her not to go skiing in 3-degree weather. She went anyway and broke her leg. We exchanged Christmas gifts.

We celebrated Thanksgiving with Cornish game hens. It was like we always knew we would end up together, but it wasn’t time yet.
After college, I went to be a sportswriter for the Morganton News Herald. She became a news clerk for the Asheville Citizen-Times. She came down to help me decorate my new apartment one sunny day in May 1990. The apartment decorating became a series of dates that became a wedding.

We have been blessed with three children, good careers and a love that continues to stand the test of time.

I can’t win any prizes, but you can. Submit your story by 5 p.m. Friday, Feb. 1 to be entered into the contest.

You can send them to editor B.J. Drye by email at bj.drye@stanlynewspress.com or mail them to Love Stories, c/o The Stanly News & Press, P.O. Box 488, Albemarle, NC 28002, or drop them by our office at 237 W. North St. in downtown Albemarle.