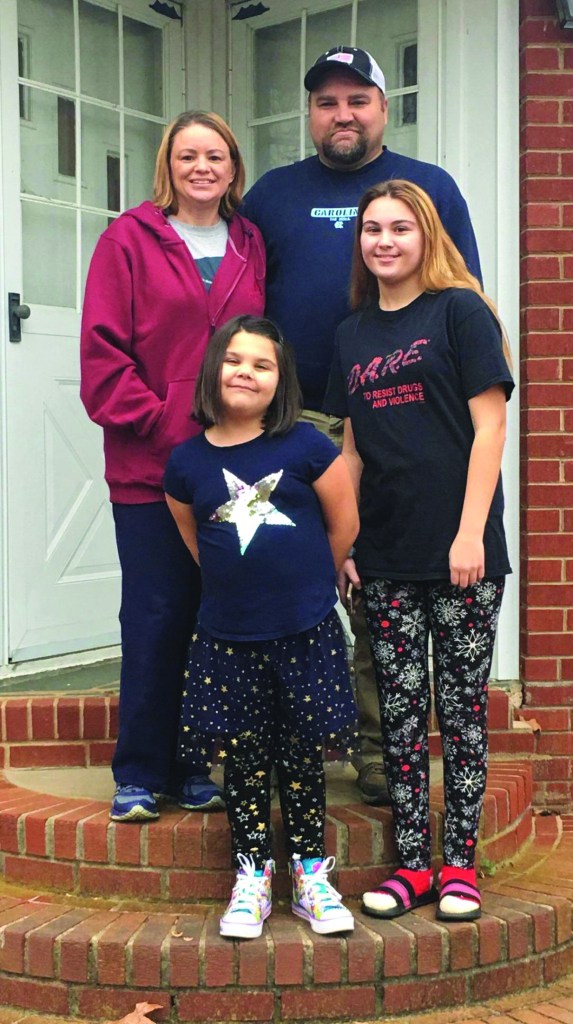 Kevin Bowers with his wife Amanda, and daughters Kirsten (front, right) and Amberlyn. The barbecue benefit is to raise money to help pay for Kevin’s medical bills.

A barbecue event will be from 11 a.m. to 1 p.m. Friday at Aquadale Fire Department to raise money for Kevin Bowers, who is recovering from a months-long battle with brain cancer.

Plates will be $8 and include pork, sides and a dessert. There will also be a free delivery of five plates or more.

Bowers, a North Carolina Department of Transportation engineer and technician, was at a family reunion in late October when he suffered a Grand mal seizure and passed out for an hour.

He had surgery at Duke University in late November to remove the tumor and once removed, the pathology report revealed it was a Grade 3 malignant brain tumor — in other words, brain cancer.

Though the malignant tumor is removed, Bowers is about to undergo six weeks of chemotherapy and radiation and also maintenance chemotherapy for a year to make sure all the cancer cells are gone.

His good friend, Mike Crump, who also works at NCDOT as a field service engineer, created the benefit event.

“Kevin’s a class act and that’s why everyone wants to help him,” Crump said.

The cooking will take place the night before at Aquadale Fire Department.

The barbecue benefit will raise money for the medical bills that Bowers and his family are paying.

“There isn’t anyone in my family that I know that has cancer,” Bowers said. “It’s all new to me.”

Still, Bowers appreciates the community coming together to help him.