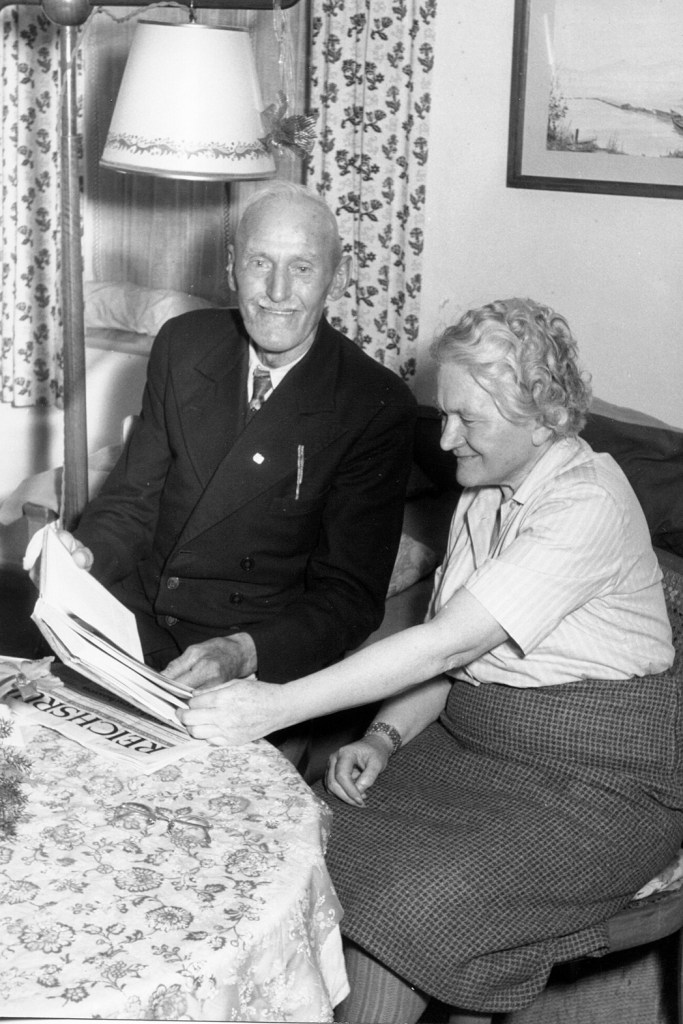 J.C. Boone (not shown) was able to visit with Johann Langwieder, left, Hitler’s immediate superior in World War I, and Hitler’s sister, Paula, at Paula Hitler’s apartment. The photo is from 1959. 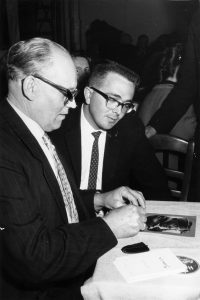 The book includes a comprehensive history of Adolf Hitler’s activities at his Bavarian Mountain community from 1923-1945. Due to interview opportunities afforded Boone, he is able to share seldom-known insights into the private life of Hitler as revealed to him by those closest to Hitler: Paula Hitler, Adolf Hitler’s sister, Johann Langwieder, Hitler’s immediate superior in World War I on the French and Belgian fronts, and Hans Baur, Hitler’s personal pilot from 1932-1945. These interviews enable Boone to present a candid view of Hitler.

Boone’s presentation will include mention of some of the international dignitaries who visited with Hitler and also events and conferences which were held at the Obersalzberg.

Following the presentation attendees will have an opportunity to view an exhibit at the Stanly County History Center of items collected by Boone during his time in Germany.

While serving in the U.S. Army from 1958-1960, Boone was stationed in Berchtesgaden, Germany, as director of publicity and public relations for the U.S. Armed Forces Recreation Centers of Berchtesgaden and Garmish. It was here his interest in Hitler’s activities at the Obersalzberg overlooking Berchtesgaden peaked, and he later did his doctoral dissertation on Obersalzberg.

Professionally, Boone was involved in higher education and served as academic vice president at Stanly Community College, chairman of the history and political science department at Clayton State College in Georgia, and professor of history at Wingate College.

Heavily involved in civic engagement, he has served in numerous roles for Optimist Clubs International, including international president.

He has served more than 17 years as a member of the board of trustees at Boys and Girls Homes of NC.

Active in his church, Boone has served on the board of deacons for four terms and as chairman three times. In addition, he has been listed in “Outstanding Educators of America” and the “Dictionary of International Biographies.”

In 2011 Boone was invited by ZDF German National Television to assist with the filming of a documentary that has since been shown in the U.S. on the National Geographic TV channel.

To register to attend this free program by J.C. Boone, call the Stanly County History Center at 704-986-3777. Indicate your name, phone number and the number in your group. Or go online to historicstanly.org and select the Event Registration tab. Click Submit to complete online registration.