Town does not renew administrator’s contract 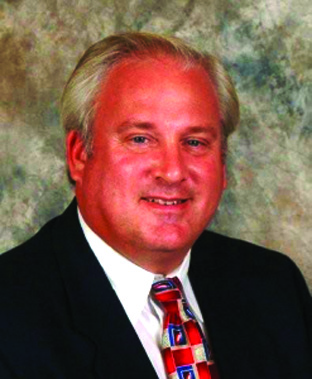 John Mullis has served as Norwood's town administrator since 2016.

Norwood will part ways with Town Administrator John Mullis in early March as a result of action taken at Tuesday night’s regular meeting of town commissioners.

At the conclusion of a closed session, Mayor Harold Thompson moved, with a second from Mayor Pro-Tem James Lilly, to notify Mullis in writing that his current contract, a 90-day agreement drafted prior to the current commission assuming office, would not be renewed.

The motion passed by a 4-2 vote, with Thompson, Lilly, and Commissioners Betty Harrison and Larry McMahon in favor. Commissioners Robbie Cohen and Wes Hartsell registered the two dissenting votes.

Mullis, who also serves as public utilities manager, moved into the town administrator position in 2016 after previously serving as a town commissioner.

According to a Stanly News & Press story of Nov. 29, 2018 reporting adoption of the 90-day contract, the agreement was implemented with two strategies in mind. These were to ensure Mullis would remain as administrator long enough to complete a smooth transition for the new commissioners and to allow the new board time to determine if it would be able to work with Mullis.

“They had a vision and I was lucky enough to be the one to carry them out,” he writes.

“The town will have to remain steadfast in addressing critical infrastructure issues before it’s too late and there is nothing left to salvage,” he added.

Regarding the 90-day contract, Mullis said that was his request and “was intended to protect the integrity of ongoing operations of the town as three new council members settle in.”

“I did not want a long-term contract and I did not feel as if the three incoming council members would share the same vision and direction for Norwood,” he added. “It was unfair to the taxpayers of Norwood to sign a year-long contract with a buyout clause. Additionally, I did not want to serve with a council where political agendas and bias become more important than executing careful and well thought out planning that ultimately halts progress. Sadly, that is my view of the current situation in Norwood.”

Earlier during Tuesday’s meeting, the commission unanimously approved a resolution to authorize Mullis to sign an agreement between the town and HDR Engineering to provide professional, engineering, consulting and related services for negotiating acquisition of properties for pipeline easements.

The easements will enable the Yadkin River Water Supply Project, which will transfer water from Lake Tillery to Union County, to move forward.

According to the resolution, the process of acquiring the necessary easements will involve approximately 275 properties within Norwood and Stanly County. HDR Engineering will manage and execute the acquisition process.

A second resolution, adopting a capital project ordinance to record capital contributions from Union County toward the acquisition of these easements, also passed unanimously.

Commissioners also heard a report on the upcoming Winter Wonderland event at Darrell Almond Park from Police Chief James Wilson, whose department is coordinating the affair scheduled for Feb. 2.

Thompson questioned Wilson as to how much lead time would be required for cancellation of the event should weather that day be too warm.

“We could cancel early on the day of the event if needed,” said Wilson, who told commissioners the ice to be spread at the park could survive temperatures up to 60 degrees for the duration of the event.

“According to the ice vendor, heavy rain would be our worst case scenario,” said Wilson, noting such precipitation would rapidly melt the snow-like cover.

No public comment was offered during the commission’s second public hearing on application for a Community Development Block Grant for redevelopment of property at 140 N. Main St.

Commissioners unanimously approved the appointment of Mark Hopkins to the town’s zoning board of adjustments;

The commission will next meet at 7 p.m. Feb. 4 at Norwood Town Hall.