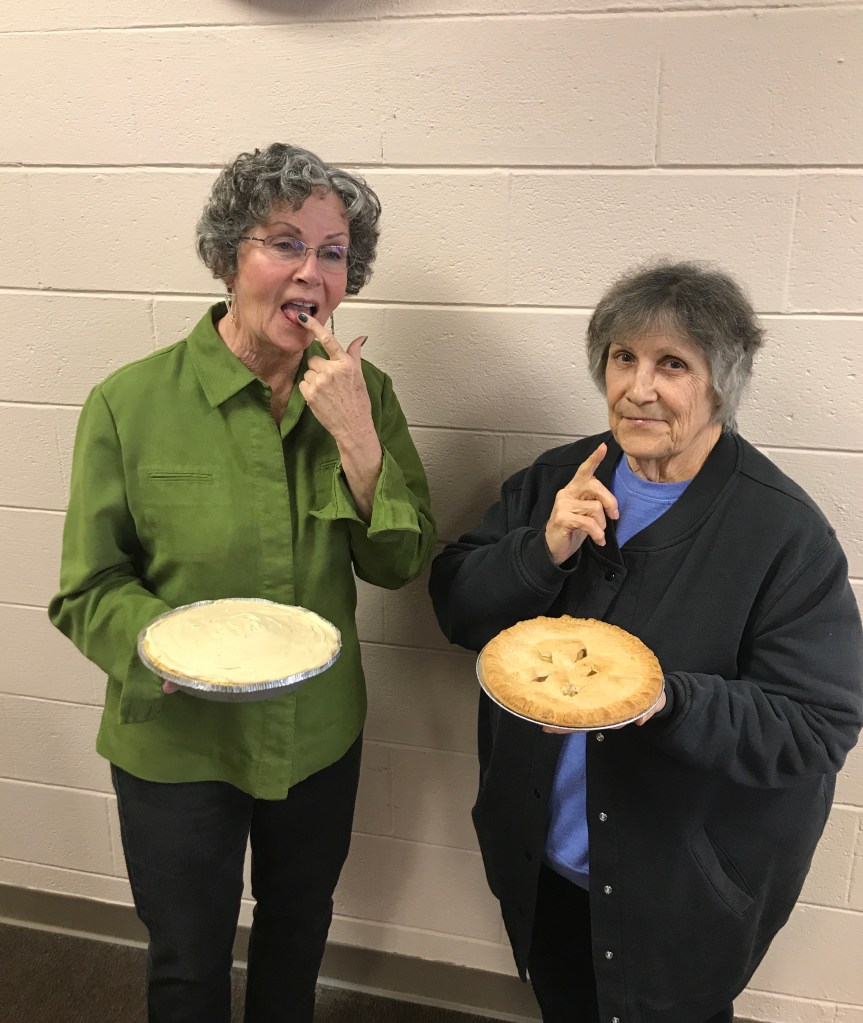 On Wednesday afternoon, the participants at the West Stanly Senior Center celebrated National Pie Day by…making earrings as part of a jewelry class.

The dream of a scheduled pie-tasting afternoon ironically turned pie in the sky — only two people actually brought pies.

And both love pie.

They both also thought more people would bring pies.

“The pies that came were enjoyed,” said Kelley Bigger, family services director at the Stanly County YMCA, with a big tongue-in-cheek grin.

There are events every day at the West Stanly Senior Center such as canasta, quilting, Scrabble, crochet and watching “The Andy Griffith Show,” to name a few.

And the senior center has several events happening in the future, including a celebration of National Puzzle Day on Tuesday and of National Kite Flying Day Feb. 8.

The official ribbon cutting and grand opening of the West Stanly Senior Center will be at 2 p.m. Thursday.

“That’s been exciting to see it grow,” said Bigger.

As the senior center has gained more attention, it seems more and more people want a piece of the pie.

Now, if only more people had brought actual pies.