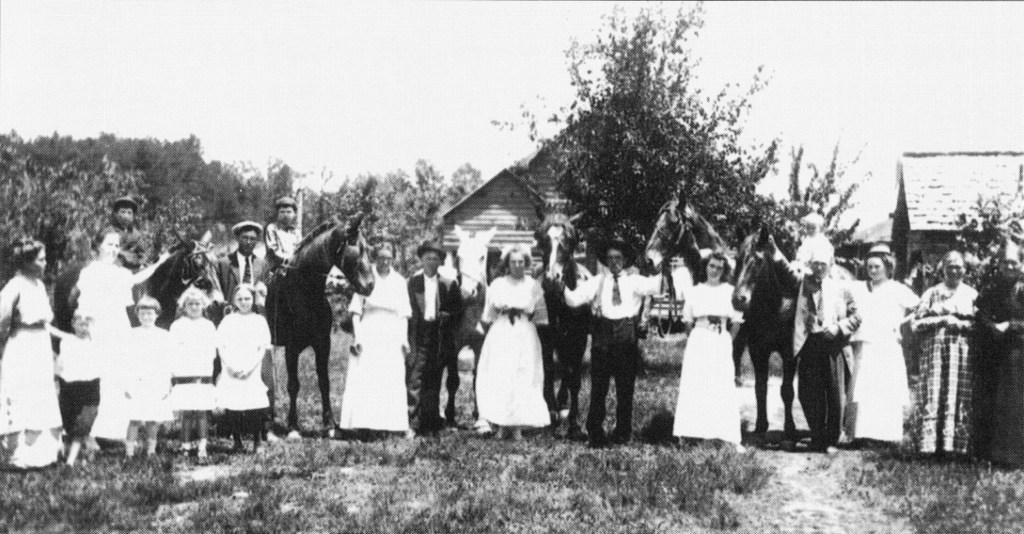 The Eury family provided this photo from the Finger Community. Lewis Bramlett is wanting to know more of how the community was formed.

The community of Finger, off N.C. Highway 73, is between Bear Creek and Little Bear Creek.

Its origin can be traced back to at least Aug. 8, 1888 when the post office with that name was first established. Daniel Shoe was the only postmaster, serving in that role until Jan. 15, 1910 when the location closed.

According to Lois Cauble in the Stanly County Heritage book, stories that were passed down in her family said the area was originally going to be called Little Bear Creek. The name Finger was chosen because Bear Creek had already been taken by a nearby community.

Cauble said the name Finger originated during the construction of the post office when one of the men working on the building accidentally cut off a finger.

Ivey Sharpe, in his book, “Stanly County U.S.A.,” said the name came from a Methodist minister named John Finger who at one point preached in the area.

Local historian Tammie Hudson researched this story and did find a Rev. John Finger living just across the Cabarrus County line in Mt. Pleasant in the 1870 census. She found Rev.

Finger started a small church that she believes may have been Oak Grove Church that is near the community of Finger.

If you have heard either of these stories, or perhaps have heard another, about the origin of the name Finger please contact me directly at lpbramlett@hotmail.com.