Badin Inn property under new Stanly owners, will not reopen as golf course 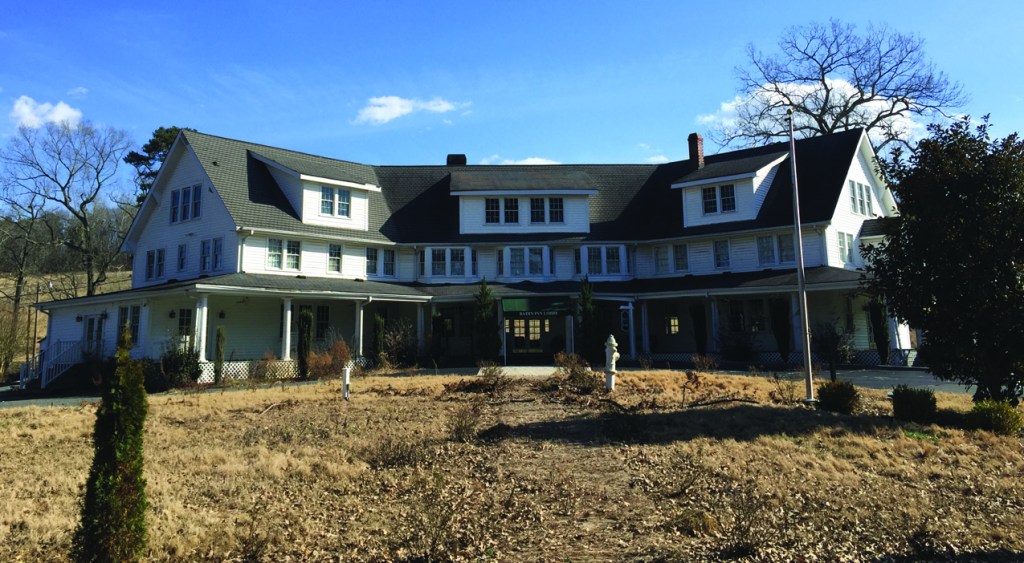 The struggles of the Badin Inn Golf Club have been well chronicled over the past few years. The various recent owners and general managers attempted to operate the golf course and inn with different visions of what the property should be. However, none were able to make it a success and the land reverted through bankruptcy back to its original owners.

Now, the newest owners of the more than 140 acres of land and buildings have returned the property to Stanly ownership, but not for the business of operating a golf course.

Newport Landowners Services, based in New London and Richfield, purchased the property after it did not sell at the Stanly County Courthouse last year. The company, which buys and sells mostly timberland, has been in business for approximately 30 years.

“We are always looking for a good buy…(Badin Inn) is 145 acres of good dirt,” said Dale Newport, co-owner of Newport Landowner Services on purchasing the property.

However, the purchase was not to reopen the facility as a working golf course, but more as an investment in the hopes of securing new ownership for part or all of the property.

Newport, who owns NLS with his brother, Kent, said “if you think the golf course is in bad shape, look at the golf industry. Look at how many golf courses we are losing…a golf course in Stanly run well and efficiently will struggle, the way the industry is now.”

The purchase of the property took almost a year, Newport said, adding “there were many roadblocks” in its acquisition. With maintenance on the land having stopped a year ago, the new owner said the property is “done as a golf course. The weeds are head-high.”

Immediately after the brothers bought the property, Newport said, the company attempted to find someone to buy, rent or lease the entire place through a golf industry consultant and word-of-mouth. They had no takers; as Newport said, “not even a call.” He said he and his brother “would have bent over backwards” to try to help a prospective client to acquire the property.

NLS offered the property to the town of Badin, sitting down with Town Manager Jay Almond and the town council. According to Newport, Badin representatives said they would love to have the property but they “don’t want to take it on.”

Almond confirmed Newport had spoken to the council and him about a possible purchase “to see if the board had a specific interest” in such a decision.”

Almond said the Newports “want to see the highest and best use” of the land and have the property be “sustainable for the town,” adding the Newports expressed to Badin’s staff and officials they would approve of whatever the use will be.

Having local owners rather than outside ownership “has huge positive potential,” Almond said.

“When you have sort of an absentee situation, someone who lives out of town or state, they just don’t have the physical proximity to keep their finger on the pulse,” Almond said.

He added that’s not to say new owners from beyond Stanly’s borders can not make it successful, “but it just makes it inherently more difficult.”

Other locals were contacted about purchasing Badin Inn, but again no serious purchase bids came out. Having not found anyone interested in the entire property, NLS created a new package to allow the Inn to open again, but not necessarily for golf. A 10-acre portion of the land near the buildings at 107 Spruce St. has just been listed online at $350,000.

NLS has returned many of the items donated to Badin Inn, like pro golfer Johnny Palmer memorabilia and other donated items, back to their rightful owners. The New London company does own some golf equipment left by the previous owners, except the golf carts, which were leased in the recent past.

“You can’t believe what it took; it was extremely complicated to get it in our hands,” Newport said about the year-long battle to obtain the property.

NLS, Newport said, has no immediate plans for the remainder of the land should the 10-acre package be sold. Much of the land has become more ecologically sound, he added, due to it not having any chemicals or pesticides used on it for more than a year.

One rumor, he said, had NLS reforesting the property, which he added “is not the plan but that’s not to say (we) wouldn’t in the future down the road.”

Newport said Kent worked during the summer at the pool at Badin Inn and they both “would love to see the Inn come back.” He added though the economics of bringing the golf course back, along with setbacks in the industry as a whole, would be “almost an impossible deal.”

Newport said he wants people to know “we want the best for (the property); we are not trying to flip it. We are not going to be active on it; we will just hold it and see what happens.”

He said he knows the buildings of the Inn “can’t just sit there.”

Almond spoke about the absence of Badin Inn and what it means to the town culturally and economically.

“There’s no doubt, that loss is going to be difficult for those who border the property; they have front seats to a difficult change. For the county and community at large…that loss will be significant and will be felt. Some folks were lifetime members of a course that no longer exists. That’s not easy.”

He added in conversations with Badin citizens, most people have expressed concern over the future of the property, especially if it creates something an “unappealing environment.”

He added others have expressed optimism about hoping for the place to become a restaurant, vineyard or even a structured community, possibly a retirement community.