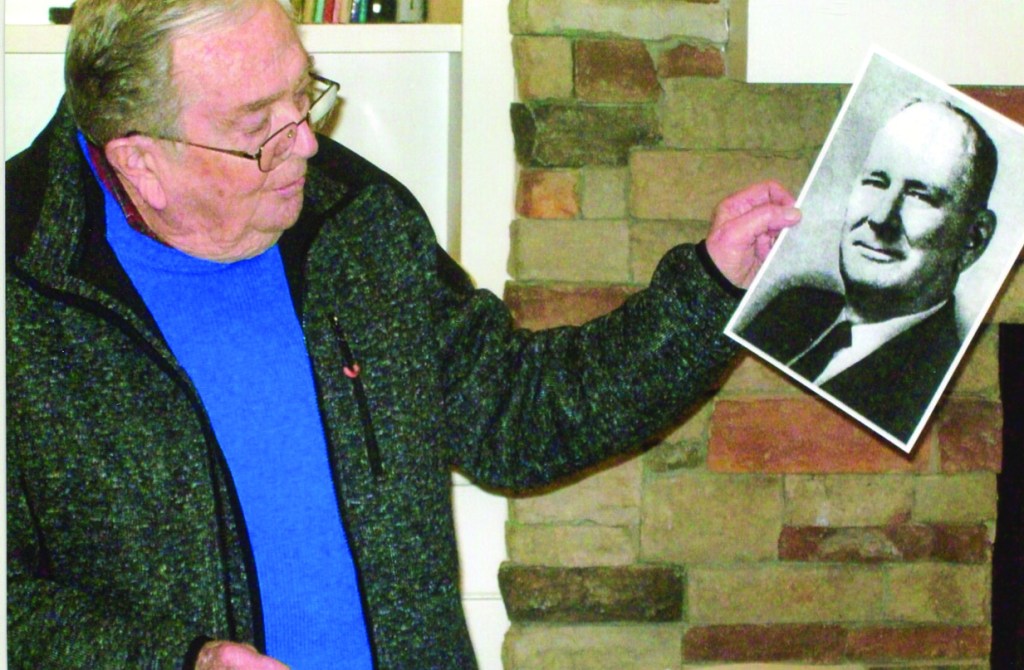 He shared his knowledge on one-room schoolhouses. One reason he is so interested in this area of Stanly County history is that his father taught in one of the schoolhouses.

At one time in the late 19th century to the early 20th century before the Depression, there were about 70 schoolhouses in the county, not including the ones supported by the state in the city of Albemarle.

Each of the schoolhouses would be sponsored by a family that lived in that community, and it would usually be named for that family/benefactor.

The families wanted their children to get some kind of education. Children would go to school for about four months out of the year, and then they were needed to work on family farms for the rest of the year.

He shared pictures of many of the schoolhouses and their students, and of the first superintendent for Stanly County.

One of the schools had as many as 65 students to one teacher, with one being added later to help with the load.