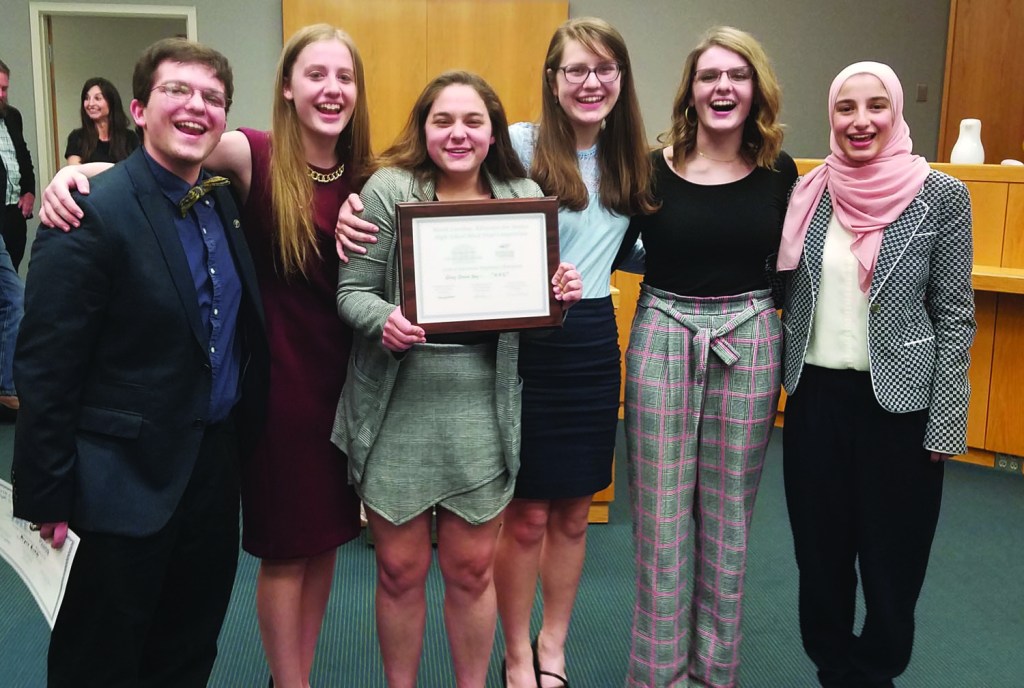 Plato once said “the first and greatest victory is to conquer yourself.”

Perhaps Plato should have participated in a high school mock trial.

On Feb. 2, Gray Stone Day School successfully competed against 10 other teams at the Gastonia Regional Tournament. To the teams’ surprise, the final round involved both Gray Stone’s teams competing against each other to decide who would be the regional champion.

“It’s a good problem to have,” coach Wesley Dry said. “After the finalists were announced, I said: ‘You know what, guys? I think Gray Stone is going to win.’”

North Carolina Mock Trial is an academic competition organized by the Carolina Center for Civic Education. It involves teams of anywhere from six to nine students portraying lawyers and witnesses in a simulated criminal or civil trial. Teams are scored by real judges and attorneys based on their persuasiveness, knowledge of the law and the ability to think on their feet.

The competition can be fierce. In 2017, the winner of the National Mock Trial Championship was awarded to the Central Carolina Homeschoolers.

“It’s all the work of basketball or football, but the entire season is compressed into one game. The pressure on students is extraordinary,” Dry said.

Mock trial at Gray Stone requires a commitment from students and coaches alike. During this season, the school was able to organize three teams totaling 25 members.

In addition to the two teams that competed in Gastonia, a third team led by coach Mary Branton competed in High Point and won third place.

“For some students this was their first mock trial competition. Despite that, this team worked extremely hard and their effort was noticed,” Branton said.

Despite the high stakes, when the finalists were announced the reaction from Gray Stone students was jubilant.

“When the finals were announced, no one cared who won…we all knew that either way Gray Stone was going to state,” team member Maddie Evans said. “The amount of love that was felt in that courtroom was overwhelming.”

Two teams competing from the same school brought unique challenges to the final round.

“It felt like a more formal version of a normal practice,” team member Bryce Biehle said. 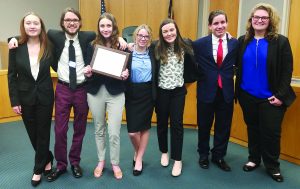 “We were two great white sharks going after the same seal,” senior Claire Garrow said. “We both wanted it.”

For Gray Stone students, winning was still secondary to something more important.

“The relationships I have made through mock trial have been amazing and they will last forever,” Evans said. “The people on our team are my family.”
Gray Stone will compete in the state finals on March 9 in Raleigh. The winner will be eligible to compete in the national championship.

“We think they can go all the way,” agree Dry and Branton. “We are proudly biased, but these kids amaze us. Words can’t describe how proud we are of them. Attorneys of North Carolina beware: you might see some stiff courtroom competition in the coming years.”