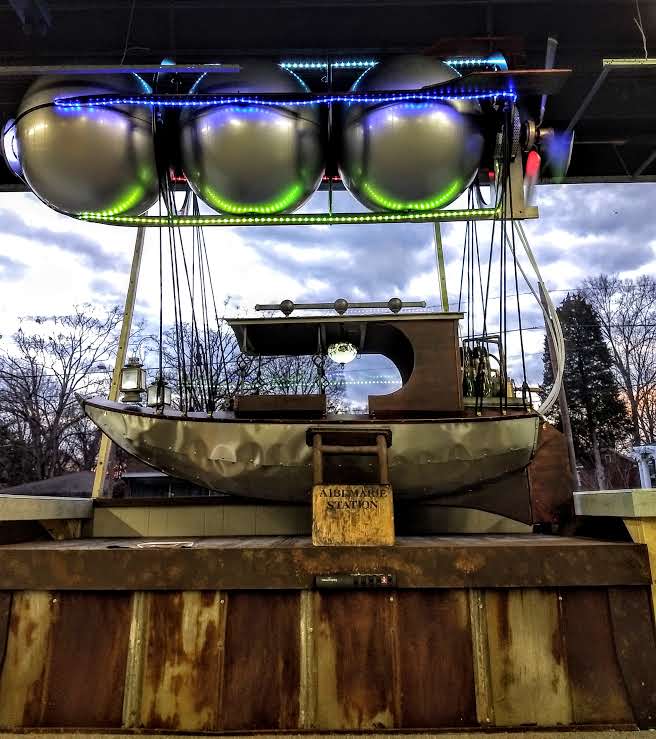 A steampunk ship resides by the window of the new Stanly Arts Guild building.

The Stanly Arts Guild will open its new location at 330 N. Second St., Albemarle, on Tuesday in a building that was formerly a consignment store.

The guild has all types of art, including photography, acrylic and oil paintings, jewelry, large concrete mushrooms, basketry, custom-made kaleidoscopes and pottery. 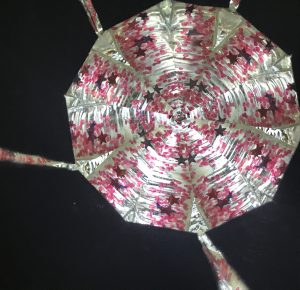 The inside of a custom-made kaleidoscope at the Stanly Arts Guild.

Even though the location is still not fully finished, every space is surrounded by pieces of art.

“Even our bathrooms are a work of art,” said Lorrie Hatley, Stanly Arts Guild president.

The bathroom walls and stall doors are adorned with a painted cherry tree.

There will be more than 30 artists starting out, Hatley said.

“As well as our existing artists, we have a lot of new artists coming in,” she said.

The arts guild has been in existence since 1963, Hatley said.

The guild was previously at 119 W. Main St. and was formerly known as the Falling Rivers Gallery. But the owners of the building decided to sell it and the guild was given its 60-day notice last year.

Organizers looked at four properties around the downtown area, but “none of them were quite the right fit,” Hatley said. They also looked into a building next to Harris Teeter.

They eventually decided they would move into a smaller area, called unit B, behind their current location in September.

While all this was happening, the small consignment store closed and the guild moved into the larger space.

The guild has been working on the building since the end of October.

The landlord has worked with the guild on the rent, but what really saved the guild was Lowe’s, Hatley said.

The guild met with the Lowe’s manager Melinda Cooper, and Cooper made the decision to help the guild renovate its new building.

Lowe’s came in and painted the walls and ceilings, they put flooring down in the alcoves and helped put walls around the previously exposed bathroom. 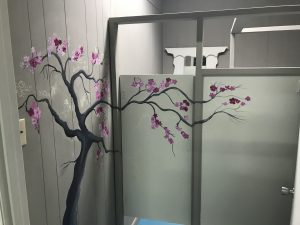 A beautiful cheery tree adorns the bathroom wall and stalls of the Stanly Arts Guild.

“If it weren’t for Lowe’s, we wouldn’t be where we are now,” Hatley said.

Hatley is ready and excited for the business to open.

“The momentum in here has taken off and snowballed,” she said.