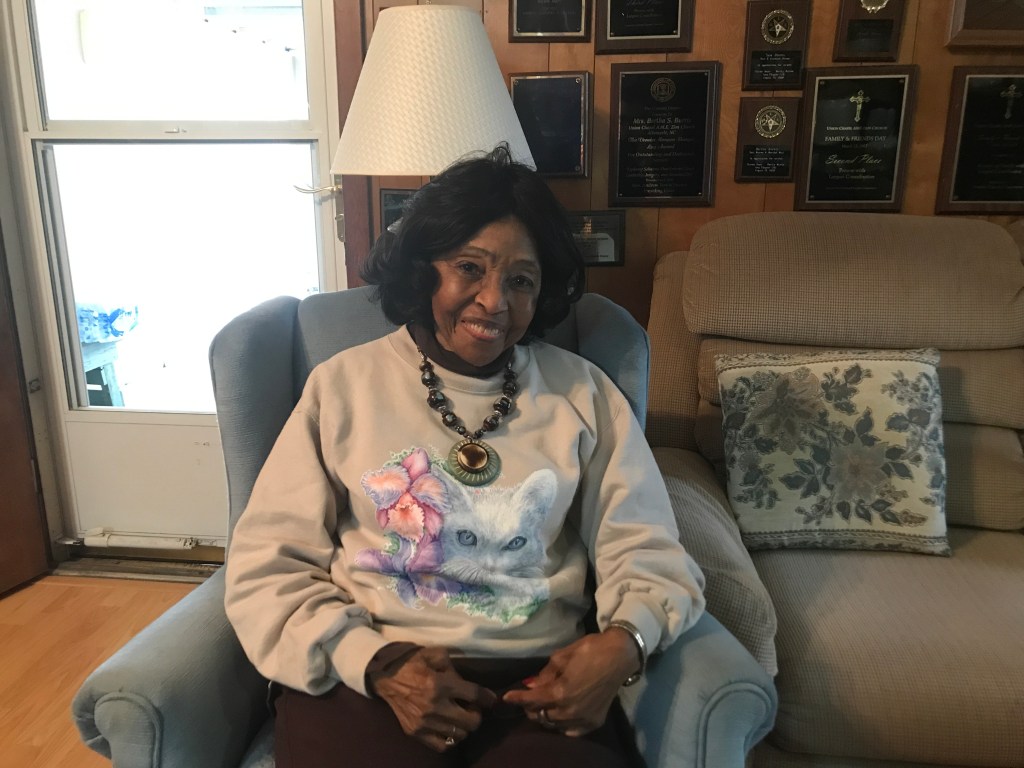 Bertha Burris likes to say she is “all Stanly County.” Perhaps it is fitting since she was integral in helping integrate local elementary schools.

She was born and raised in Oakboro and went to the all-black Kingville School in Albemarle.

After high school, Burris went to Barber-Scotia College in Concord for a degree in elementary education and would later receive her master’s from the University of North Carolina at Charlotte.

She taught fourth and third grade at Kingville School from approximately 1959 to 1968; she then moved with her Kingville students to East Albemarle Elementary School when the school was first integrated. She taught at East Albemarle until around 1973.

But this story focuses on the school Burris taught after she left East Albemarle.

During the summer, while she was still at East Albemarle, Dr. H.T. “Toby” Webb Jr., the school superintendent, asked a favor of Burris, which would change her life: Would she and her son Eric move to the all-white West Albemarle Elementary School?

Webb wanted Burris to help integrate West Albemarle because “he noticed some things about me that were strong that I would need to go over there,” Burris said, including that she was conscientious with her work, focused solely on her students and their learning and she was not easily intimidated.

But she absolutely did not want to go. Burris was happy at East Albemarle.

For her first year at West Albemarle in 1974, “my son and I were the only two blacks there other than the janitor,” Burris said.

At first the experience was frightening, she said. The hardest part was, “I didn’t know what to expect.”

And different people in her neighborhood helped complicate things by telling her the school would not be welcoming to the first black student and teacher.

Luckily for Burris and her son, the teachers and students at West Albemarle were all welcoming.

But Burris still didn’t sleep the night before school started because she was so worried about Eric having to stand outside with the white children waiting for the bell to ring.

She said she was afraid and just wanted to get through the first day. She didn’t want the first day to “leave any scars” on Eric.

In order to initially succeed, Eric “had to be kind of thick-skinned,” he said.

But what helped was Eric had a common bond with several of his classmates because they also had parents who worked in the school.

Eric is now a middle school teacher in Charlotte and he has taught at a few schools where he was their first black teacher.

Burris said she could physically see her students reacting to the differences.

“I could see them thinking (when they looked at her) that her face is another color, but her actions are like mine,” Burris said.

The children and Burris quickly began to bridge the divide.

She remembers one time the children were reading in a group and out of nowhere, a little girl began touching Burris’ hand.

“She thought I wasn’t noticing it,” Burris said, but the girl kept lightly touching her hand. Burris imagines this was likely the first time the little girl had ever touched a black person, and she was simply curious.

The moment she knew the school year would work out was when her students felt comfortable enough to start calling her “Mama,” Burris said. The children naturally just started calling Burris either “Mama” or even “Grandmama.”

“If they would have a question or if they needed help, it would just come out automatically ‘Mama, Grandmama’ and then they’d laugh and everybody would realize it was funny,” Burris said smiling and chuckling.

Whenever the students were playing outside, they would rush to Burris and grab her hands. Many of the children even turned it into a competition, seeing who could be the first to grab her hands.

“It was a really, really enjoyable time,” Burris said.

But Burris admits she “didn’t expect us to get this way (in terms of bonding) so fast and so quickly, but it was there.”

Burris taught the kids about the importance of acceptance through different colored puppets. Initially reticent of the lesson, the children quickly learned to play with all of the different puppets.

“The children realized there’s nothing wrong with you because you’re this color or that color,” Burris said. “It didn’t take them long at all to work that out.”

When the children looked at the puppets, they would see a doll or cat and only later would they start to see the color, she said.

The school administration and her fellow teachers were all incredibly supportive of her, Burris said. And Eric’s teachers and fellow students were also very accepting of him as well.

The next school year, around 50 black students were bused from different areas of the community to West Albemarle.

All through that first year, Burris wanted “her today to be better than her yesterday” and fortunately for her, the school year got better and better as it went along, she said.

Burris came to love her first class at West Albemarle so much and so quickly that each morning, when she woke up “I wanted to go to school and I was ready to go to school.”

The lesson she learned from her first year at West Albemarle was simple: “Don’t let fear block your success.”

Burris ultimately left West Albemarle around 1982 and taught at East Albemarle Elementary until she retired in 1992. Several years after she left, West Albemarle closed down. She taught elementary school for a total of 34 years.

Besides Eric, Burris has a younger son, Tim. She also has five grandchildren and five great-grandchildren.

Even after all these years, Burris still sees students from her first year at West Albemarle all over the area. One student recently called her during Christmas and told her that while in school, she was like her mother.

When her students take time to call her and reach out to her, “it makes me feel so good and so loved and also I feel appreciated,” Burris said.

“When I see my students or read about them or hear about them and know that I’ve made a difference in their lives…that’s the most rewarding part,” she said.