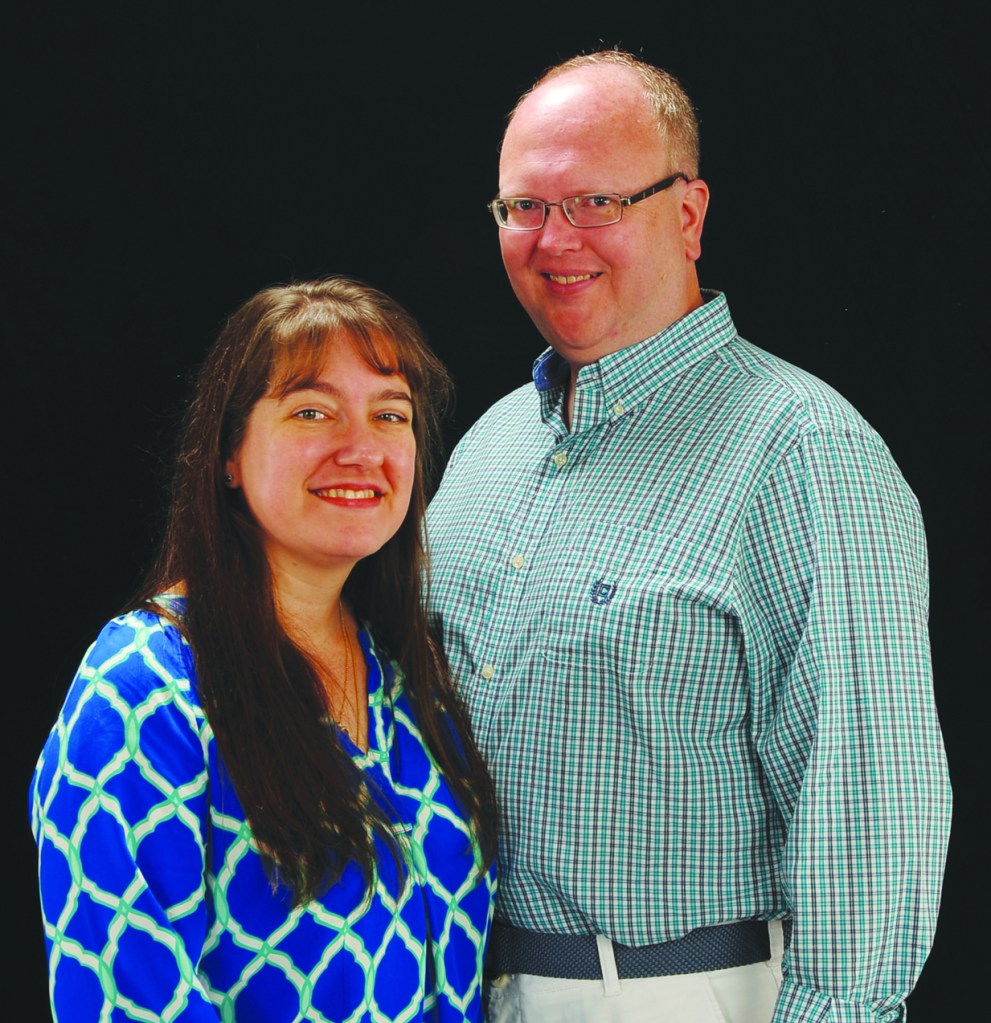 Dolly and Sammy Clayton of Albemarle.

Albemarle resident Dolly Clayton’s tale of how she met her husband is the winner in The Stanly News & Press’ Love Stories Contest. Her story is as follows:

In the summer of 1995, my girlfriend kept telling me, “you need to meet my boyfriend’s friend. He’s a great guy, you’ve got to meet him.”

But in the summer of 1995, I was dating a guy, and had been for three years, I wasn’t looking to find someone new.

In the spring of 1996, my girlfriend was planning her wedding and I was to be a bridesmaid. I was excited about being a bridesmaid, but the boyfriend situation wasn’t going so well. He had told me that he needed space, and I knew what that meant: the end was in sight.

I went to the wedding alone, but was determined to have a good time, so honestly, I flirted a bit.

There were five bridesmaids and five groomsmen at the wedding. All of us were single. I asked the groomsmen, which of them was next to take the plunge and they all pointed to Sammy.

He was quick to point out,that he didn’t know what they were talking about, as he didn’t even have a girlfriend.

We had a great time at the rehearsal dinner and wedding. But I lived some three hours away, and knew it was unlikely that I’d see these new friends anytime soon.

I was disappointed that Sammy hadn’t asked for my phone number and assumed that he wasn’t really interested.

That next week, to my surprise, Sammy called. He explained he hadn’t asked for my number as he already had the number as roommate to the groom, it was on their master phone list.

The boyfriend I’d been dating broke up with me just before I received Sammy’s call. When Sammy asked me out, I said yes, with the caveat that he’d have to drive almost three hours to go out on the date with me, and then drive three hours back that same day.

I was somewhat surprised when he agreed. We had our first date just eight days after we met.

Then, when I was applying to graduate school in 1999, Sammy suggested I apply to Baltimore, where he lived. I decided to apply, without really intending that I’d go, as I’d never even been to a big city, having lived all my life in rural N.C.

But, I got in, and when I visited Baltimore, Sammy was very persuasive, that he’d help me find somewhere to live, and teach me how to get around the city.

So off to Baltimore I went. I lived with an astrophysicist, ventured on mass transportation for the first time, enjoyed my first NFL game (Ravens vs. Panthers) and first MLB game and all the while, Sammy and I dated in the same city for the first time.

In 2000, after I graduated, Sammy asked me to marry him at the Inner Harbor in Baltimore, and I said yes.

Sammy and I have been married since 2001. We’ve been through much together, the loss of my father, and his parents, periods of unemployment and new jobs.

Sammy is my rock, he offers me a shoulder to lean on and holds me when I cry.

He makes me laugh, and with him, I am happy.

My children could not ask for a better father, nor I a better husband. He is everything I ever wanted in a husband.

My friends used to tease me when I dated that I was too picky, and that no man could ever live up to my “list” of requirements.

But I say, that Sammy is the man God meant for me, even before I knew him, when I was a young girl making the list of attributes of the man of my dreams.