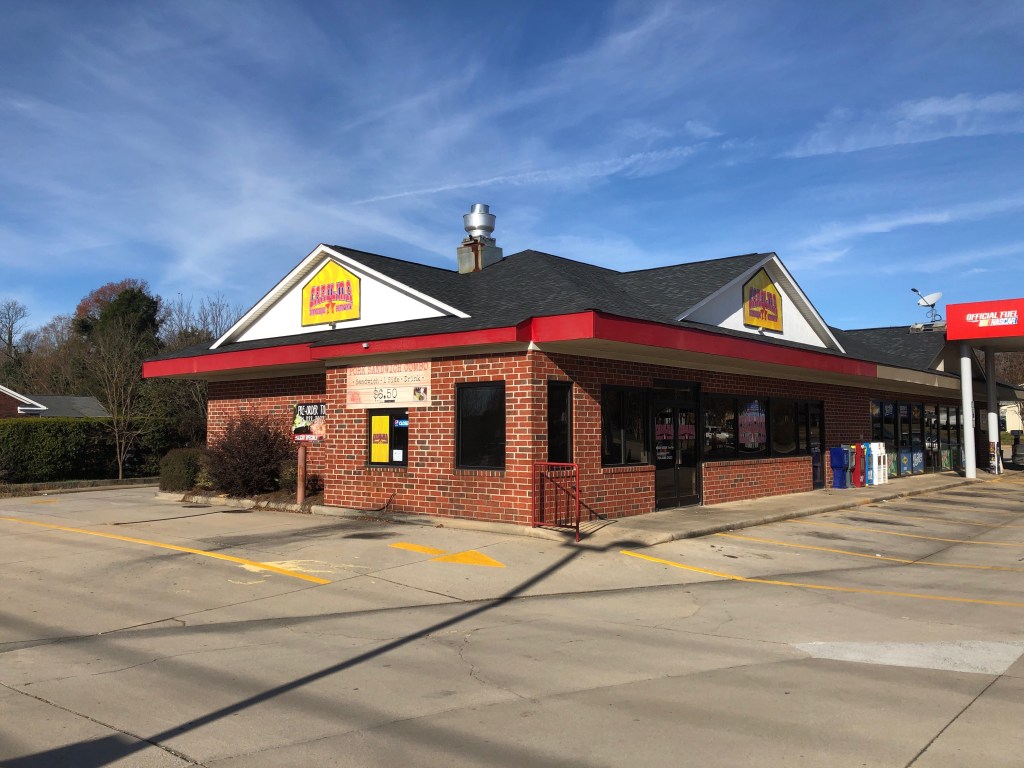 Nestled next to a Sunoco gas station at the intersection of Central Avenue and N.C. Highway 24-27 in Locust is a relatively new barbecue restaurant.

They have barbecue classics like brisket, pulled pork and chicken.

But Carolina Barbeque Company, which opened last November, also has some whimsical dishes not likely to be found in many other restaurants. A good example is its dessert puppies — hushpuppies rolled in powdered sugar and then dipped in a thick vanilla pudding. 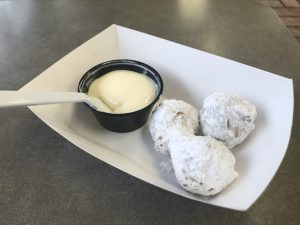 “You get that salty savory taste from the hushpuppy and then you get that sweet, powdered sugar and that pudding on it,” said owner Michael Mecredy. “That’s kind of been a hit.”

“When we get a little lull, we start thinking of new things and the creativity comes,” Mecredy added. “We’re always tinkering.”

Carolina Barbeque Company has been serving the citizens of Locust and Stanly County since Nov. 9.

The restaurant’s hours are 11 a.m. to 8 p.m. Monday through Saturday.

Mecredy, who is from Charlotte but now lives in Indian Trail, had been serving barbecue from a food truck in the city for two years before opening his first restaurant. He and his family work local barbecue festivals and private events. His wife Colleen has a lemonade business along with the food truck.

He grew up cooking with his older sister and he enjoyed grilling and watching his father make breakfast on the weekends as a young child.

“I just grew up with a love of food and always loved to cook and entertain,” he said.

He just had to wait for the right opportunity to present itself.

Once he found out that the previous restaurant, Rock Store BBQ, had gone out of business, opportunity knocked and Mecredy decided he’d open his first restaurant in Locust.

“The opportunity was here and the space was here,” Mecredy said. ‘It had been a barbecue restaurant in the past so we felt like it was a good opportunity and we were just very fortunate that we found out about it.”

And so far, the young restaurant has done well.

“We’ve been well received by everybody here locally,” Mecredy said. “Our mix of new versus existing customers continues to grow.”

“We feel very blessed to have an opportunity to plan our restaurant here and do what we’re doing.”

Mecredy likes the area so much he and his wife have talked about possibly downsizing one day and moving to the Locust area.

Even with his new restaurant, Mecredy still expects his food truck business to grow.

Some of the popular items include the pork sandwich combo, brisket sandwich and the Brunswick stew. 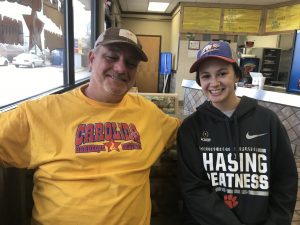 She works full-time two days and part-time three days for a total of around 40 hours. When not at the restaurant, Jackie works as a hostess at a Ruth’s Chris Steak House in Charlotte.

Mecredy spent the first month with his staff, teaching them how to cook and pull the pork and the brisket.

At the end of each day, an employee rubs the pork butts and loads them into the smoker. The next day, an employee (usually Jackie) takes the butts out of the smoker, wraps them up and puts them in the warmer, where they will continue to cook and tenderize throughout the day.

Jackie said it’s fun working at the restaurant with her father.

“I do everything here,” she added. 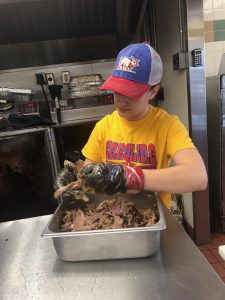 The great thing about the staff at the Carolina Barbeque Company, said Mecredy, is everyone helps out where needed.

“Everybody here has a hand in almost every process,” Mecredy said. “When we bring a new team member on board, we make sure they understand that we all wash dishes, we all cook food, we all serve food, we all take orders, we all clean the bathrooms if we need to.”

Because Locust is such a small city, “I see a lot of the same faces and I’ve gotten to know a lot of the regulars,” Jackie said.