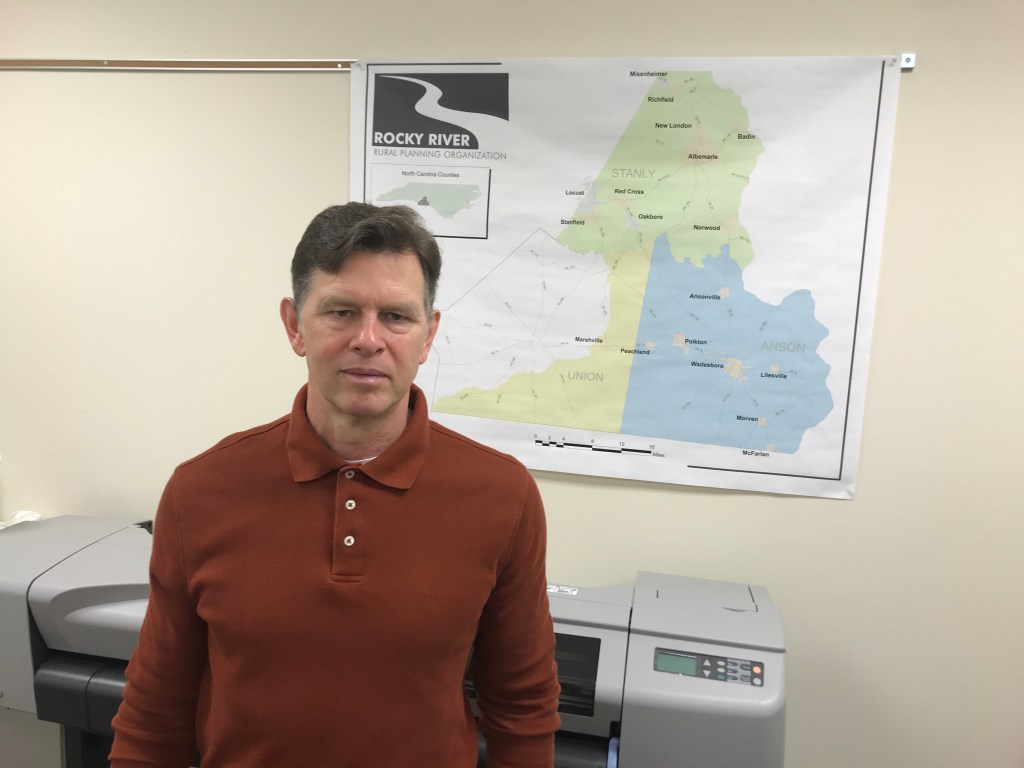 Lee Snuggs is the new director of the Rocky River Rural Planning Organization.

Lee Snuggs is the new director of the Rocky River Rural Planning Organization, which comprises Stanly and Anson counties and part of Union County.

Dana Stoogenke, who was the previous director, left in October after 10 years and the RRRPO spent the past several months looking for her replacement. Snuggs was named director in mid-January and his first day was Jan. 28.

“The Rocky River RPO Board is pleased to have Lee Snuggs as our new executive director,” said Chris Whitley, chairman of the  RRRPO’s Transportation Advisory Committee (TAC). “Lee brings extensive NCDOT and planning experience to the position which makes him a good fit to help the board address the transportation issues facing our area.”

Snuggs spent 15 years as a GIS coordinator with the North Carolina Department of Transportation in Raleigh and another 12 years as a GIS analyst in Cabarrus County, where he also managed the 911 system.

He recently came back to Albemarle after spending about a year living in Washington, D.C. while his son attended high school. He has lived in Albemarle since 2006.

The RPO works on all transportation projects that need government funding, mainly dealing with highways, but also dealing with rail, aviation and bike projects, Snuggs said.

“The RPO directors are liaisons between the local officials and the NCDOT,” Snuggs said.

While it would be great to fund every project RPO encounters, it’s not practical, he said, so “we try to focus on the projects that have a good chance of getting funded.”

Much of Snuggs’ time thus far as director has been spent meeting with local officials from different parts of the three-county area and listening to their ideas.

The RPO is governed by the TAC, which is made up of elected officials from the three-county RPO area, and they establish goals and priorities for the region. The Technical Coordinating Committee, made up of planners, managers and NCDOT staff, identifies and prioritizes projects for the TAC.

Snuggs is still learning about his new job, but he enjoys it.

Ironically, when he was working with NCDOT, he dealt with RPO officials and now he is head of the RPO dealing with officials from the NCDOT.

“It gives me a greater understanding of how everything fits together,” Snuggs said. “Planning is just the process of controlling the way man carves his existence into the earth.”