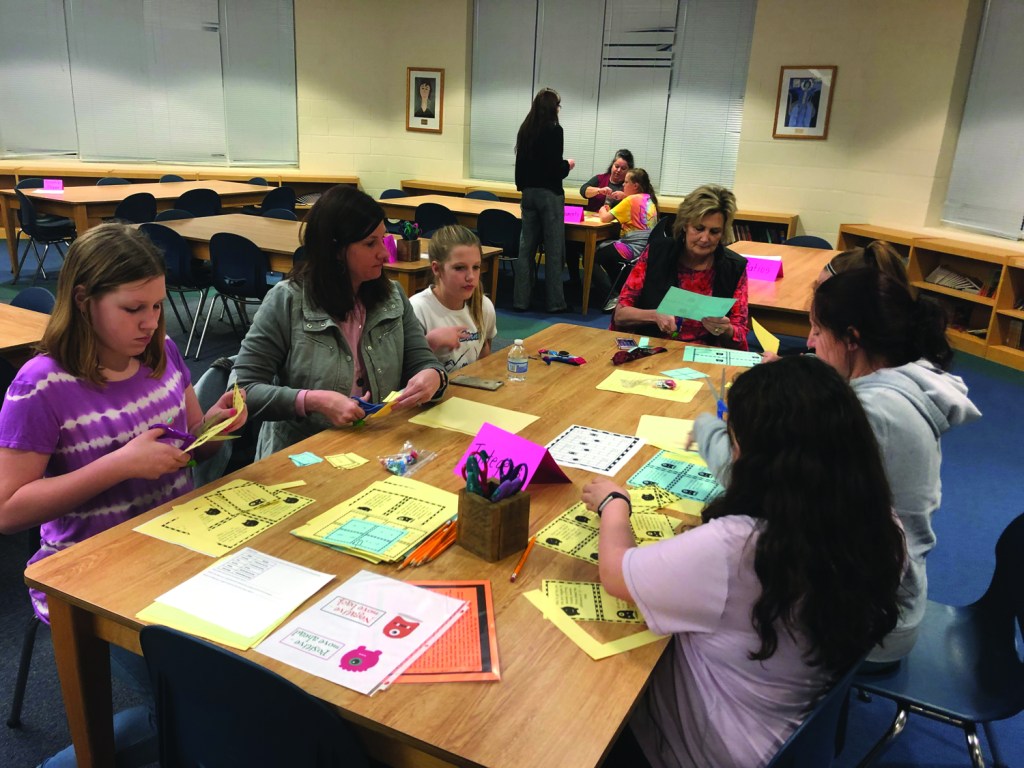 The sixth-grade students at North Stanly Middle School were given the opportunity to attend Math Make-It Take-It night with their parents.

The sixth-graders took a survey where they choose five math skills they felt weakest in and wanted games to help strengthen their ability.

“I enjoyed math night because I saw a boost in my daughter’s confidence of integers. She was feeling good to show me what she knows and how to do it and teach me,” mom Jackie Hart said.

Another math night is planned closer to the end of grade tests as a way for students to review their math skills for the year.