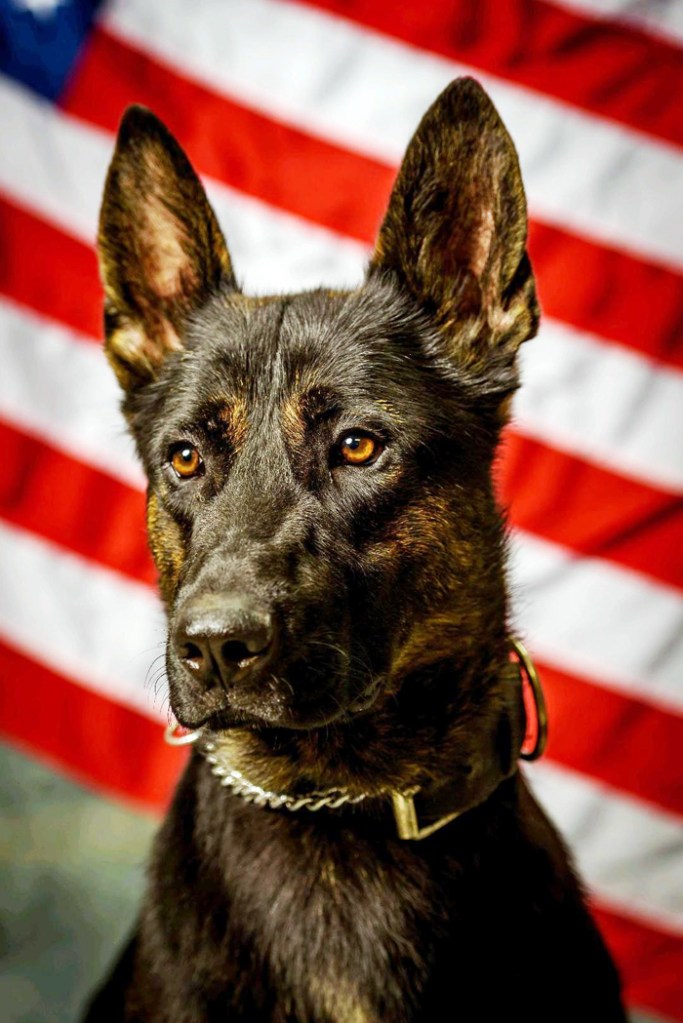 Stanly County K-9 officer Kato has been forced into retirement due to a hip problem. (Contributed)

Kato, who has served for 18 months on the K-9 division of the Stanly County Sheriff’s Office, is being forced into early retirement due to a hip problem, according to Chief Deputy Ashley Thompson who reported the situation to Stanly County Commissioners at their regular meeting Monday.

“The veterinarian has already retired him,” said Thompson, “so we can’t put him back into service.”

The medical problem has posed two issues for the Sheriff’s Office — the care of the dog upon his retirement from department service as well as procurement of a replacement animal.

“We have four K-9 units, so that we are able have one unit on each shift,” Thompson said.
Deputy Francisco Porras has served as Kato’s handler since the dog was placed into service, and Thompson recommended the commissioners approve transferring ownership of the animal to him.

“This is the typical procedure for retirement of an animal,” said Thompson, “because there is such a strong bond between the dog and its handler.”

Following approval of the retirement and transfer, Thompson requested permission for the Sheriff’s Office to replace the retired K-9 with an animal from local breeder Gabe Smith at a cost of $8,500.

The amount would include training, as well as a two-year guarantee on the animal’s health.

Thompson also noted the funds for the purchase would come from seizure and forfeiture.
In a phone interview on Thursday, Thompson spoke about the process required for potential K-9 animals and their handlers.

“Training for K-9’s usually begins when they are pups,” said Thompson. “They are trained in obedience, tracking, scouting and must be agile. After training, they are usually ready for service when they are 1 1/2 to 2 years old. Barring any problems or injuries, the dogs usually remain in service for five or six years.”

Once a trained dog is procured, the deputies who handle the animals must train as well, added Thompson.

“The training for deputies to become handlers of these animals is a six-week course,” he said, “and the deputies and their dog must go through this training together.”