Hundreds of people come together to respond to the addiction crisis 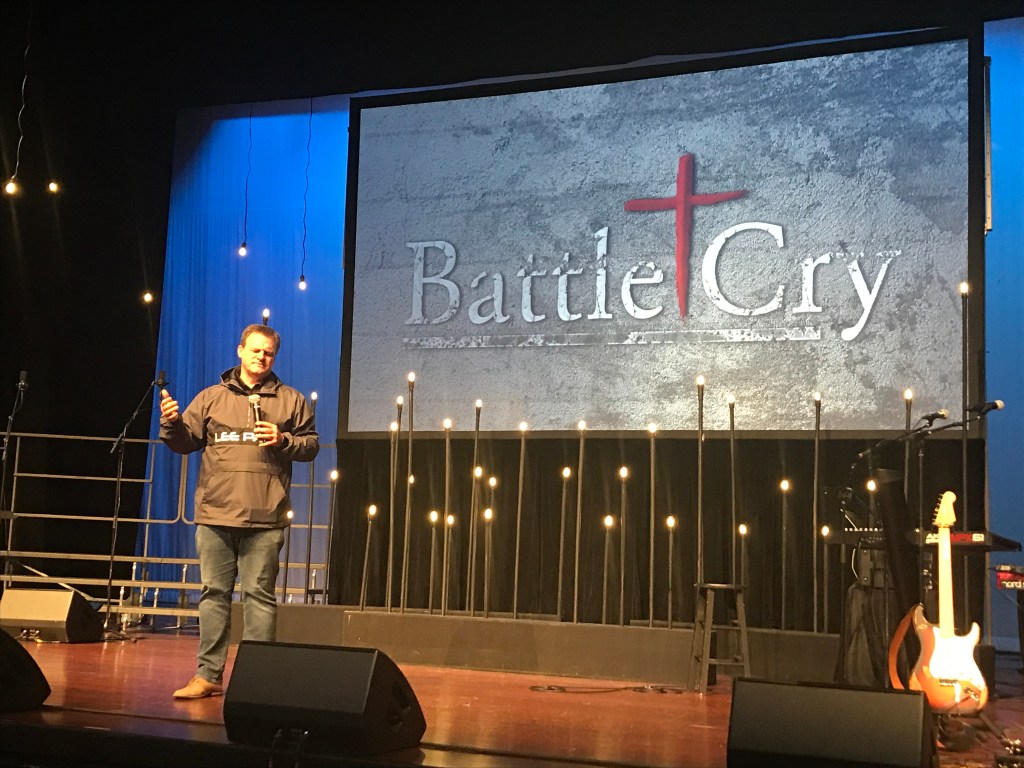 Pastor Chris Justice of Lee Park Church in Monroe says a prayer during the Battle Cry event, which was organized to highlight the addiction crisis.

Several hundred people came to the Stanly County Agri-Civic Center Sunday night to sing inspirational songs of hope and praise, but more importantly, to unite together to highlight the addiction crisis in Stanly County.

The Battle Cry event was organized by Lee Park Church in Monroe and offered powerful testimony from numerous people who suffered from addiction.

Many churches from the area were present for the event as were many local agencies including Stanly County Emergency Services.

“We believe the church is called to respond to crisis whether that crisis be a natural disaster or to local issues that are prevalent in our community like this crisis of addiction,” said Landon Keziah, pastor of Community Baptist Church in Locust.

The keynote speaker was Wesley Keziah, a former addict who is executive director of Ground 40. It is a Monroe-based rehabilitation program that brings “men out of the pattern of incarceration and addiction and in to a 120-day program where we teach them the love and grace of our lord and savior Jesus Christ,” according to the program’s pamphlet.

Keziah, who has been sober for five years, was a heroin addict for 10 years and had been arrested many times in Union County.

His addiction “was his best friend” and was there for him when his family, the church and God were not, Keziah said.

But eventually, after numerous jail time, he found God and his life changed.

“There is a God who loves you so much no matter how far you have run, no matter how many dark places you have visited, he is waiting for you with open arms,” Keziah said.

Keziah is a member of Lee Park Church. 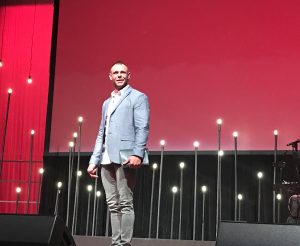 Wesley Keziah, executive director of Ground 40, a program that helps people with addiction, speaks about his own struggle with heroin addiction at the Battle Cry event.

Chris Justice, senior pastor at Lee Park, spoke about the importance of all the people coming out for the event.

“Christ uses people to lay out his plan for recovery and redemption,” Justice said. “God uses his people to speak into the lives of other people.”

Justice spoke about the importance of churches accepting all people, no matter what they look like.

And Lee Park has helped by sending money, people and pastors to local struggling Baptist churches in the area to help revive them and offset some of their financial burdens.

“And when you (the church) get back on your feet, help the community and help other churches,” Justice said.

If people are suffering from addiction, they can come to Ground 40 to get help, Justice said.

“While the program has them, they’ll work on trying to restore lives, families and find employment for them so they can make that next step,” he said.

Justice said a lot of people from Stanly County are part of the Ground 40 program.

And that’s not surprising considering that in a recent 2018 Community Health Assessment Report, the top health issue in Stanly County, according to more than 800 respondents surveyed, was drug abuse.

Another program that helps people suffering from addiction is Thirst Quenchers Addiction Ministry that Ground 40 helped create at Lee Park Church. It’s a service with music, testimony and messages of hope designed for those who struggle with addiction and for family members who are affected by their loved one’s addiction struggles.

Thirst Quenchers services are at 6:30 p.m. Wednesdays at Lee Park Church and at 6:30 p.m. Sundays at Community Baptist Church in Locust.

“God gave us a couple of commands that are great,” Justice said. “Jesus said, ‘The greatest thing is love the Lord your God with all your heart and all your soul and all your mind.’ And the second commandment…love one another.”