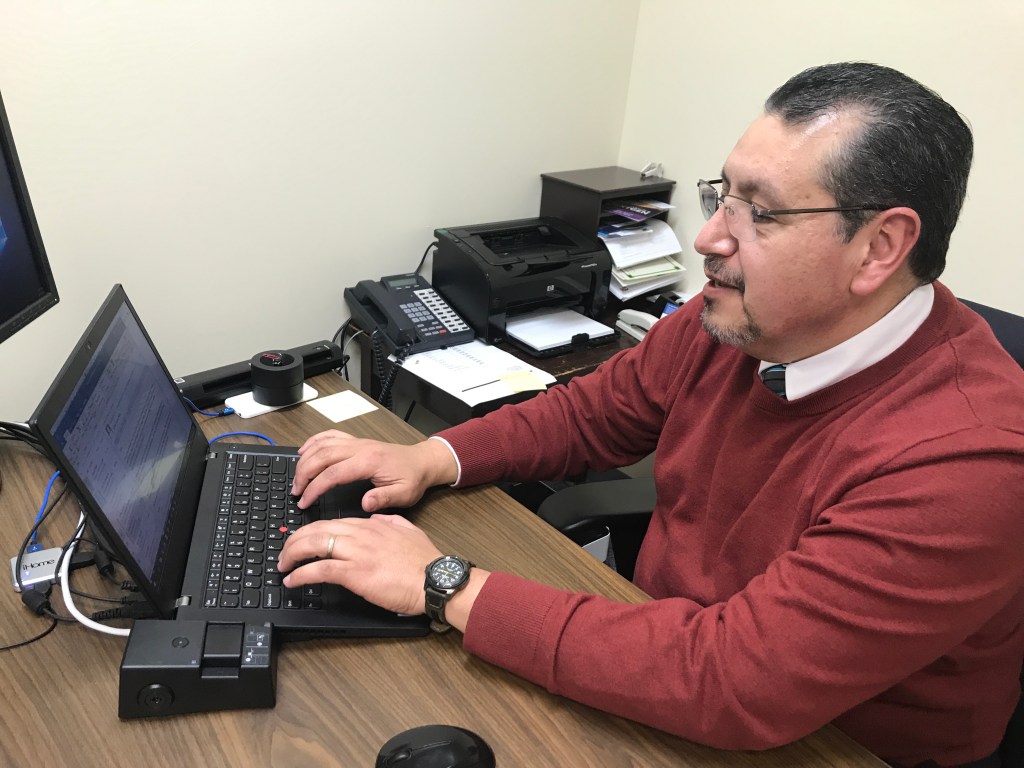 In Stanly County, the unemployment rate has consistently decreased over the last several years  — from 9.6 percent in January 2013 to 3.8 percent in December 2018 — while the number of employed persons has consistently risen over the same time, according to data from the N.C. Department of Commerce.

Yet in a recent 2018 Community Health Assessment, when asked to reply to the statement “There are enough jobs and opportunities to move up in Stanly County,” a majority of the 813 respondents surveyed (across all demographic groups and ages) disagreed.

Gus Vanegas, leader of the NCWorks Career Center in Stanly County, was involved with the health assessment and has talked to some of the respondents. He believes this discrepancy, which he calls a misconception, exists for three reasons.

People in Stanly perceive they either can’t find a job or don’t currently possess a job that makes enough money for them to support their family. For example, there are several fast food restaurants in Stanly and many people feel they can’t make money to support their families. This concern can lead to underemployment in the county, which is a problem, said Vanegas.

Many African-Americans believe they can’t find a good job in Stanly unless they personally know somebody that can connect them with a job, he said.

The last main concern is there are not enough jobs in Stanly for professionals with college degrees and so they go to work in nearby counties such as Mecklenburg or Cabarrus.

“If you are highly specialized and you want to be here in Stanly County, the number of opportunities here are very limited” compared to other counties, Vanegas said.

“These are all misconceptions,” added Vanegas, “because a lot of times it’s how you present yourself, and a lot of times what I see with job seekers is communication issues.”

He said this includes filling out an application and putting key points in resumes.

If people are concerned about job prospects in Stanly, a good place to come is the career center, he said.

Vanegas and his staff work with people on a host of job-related areas, including resume development, information about community colleges and conducting mock job interviews.

Local employers often come to the career center to meet with job seekers.

A few weeks ago, the owner of the new Chick-fil-A in Albemarle interviewed several potential employees at the career center over a three-day span.

But Vanegas sees a heavy trend of employers, especially those in manufacturing, coming to Stanly. For example, CYES Factory LLC, a manufacturer and distributor of tortilla chips recently purchased a 4,400-square-foot facility in Norwood.

“We are excited to move forward with this project. We look forward to a successful 2019, transforming downtown Norwood and creating jobs for the community,” CYES Factory LLC President Tedros Kebede said, according to a December SNAP article.

And the Stanly median household income has increased about eight percent between 2015 and 2016, according to Data USA.

“I think it’s getting better,” Vanegas said about the job market in Stanly. “For so long, Stanly County relied on textiles and you’ll soon see a diversity of companies coming in. It’s a good sign.”

And the new Pfeiffer University Center for Health Sciences campus, which is under construction in downtown Albemarle, will only help to create more jobs in the county, he said.

“If you have a good working plan toward finding a job and if you are looking to achieve certain goals, then, yeah, you can do it,” Vanegas said.