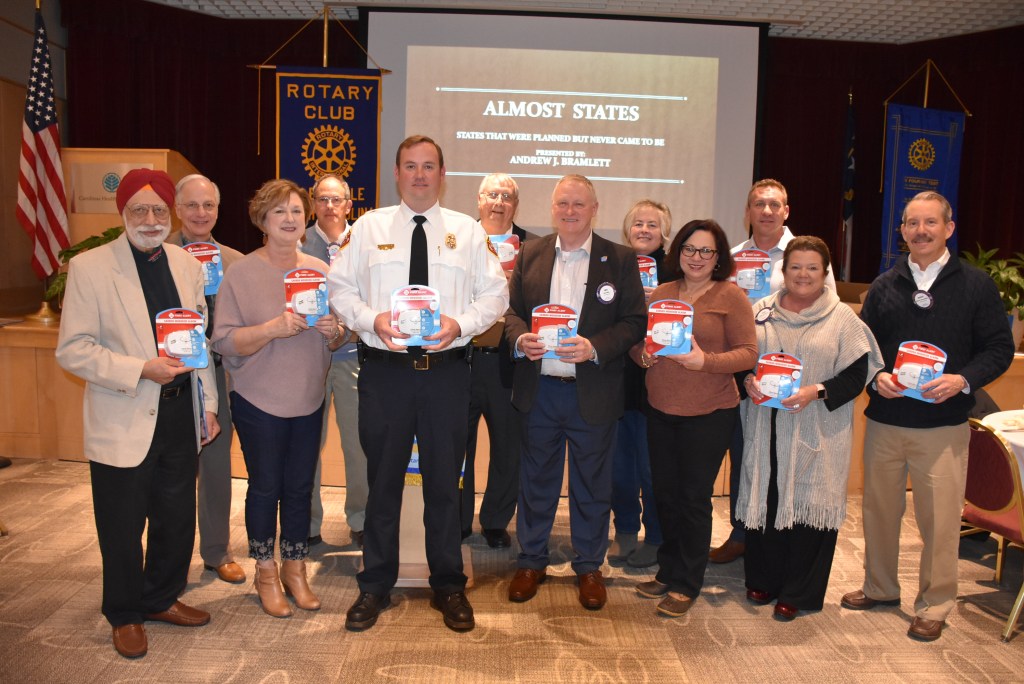 The alarms were part of a $500 grant that the club used to purchase the alarms.

“The Rotary Club of Albemarle is always looking for ways that we can contribute to our community and the world beyond,” said club president Ray Allen.

The idea for the purchase of either smoke detectors or carbon monoxide alarms originally came from Mike Honeycutt, the club’s sergeant-at-arms, Allen said. This idea was then unanimously approved by the club’s board of directors.

The club then reached out to Fire Marshal Michael Roark and Fire Chief Shawn Oke late last year about the alarm options. The department already had a smoke alarm program, so carbon monoxide alarms made sense.

“We are extremely grateful for the carbon monoxide alarms,” Roark said.

The fire department will donate the alarms free of charge to anyone in the community that needs them.

Unlike smoke, which can be seen and has an odor, there’s no indication carbon monoxide is present until people start exhibiting symptoms, which can then sometimes be too late, Roark said. That’s why the carbon monoxide alarms are important.