By Larry Hunter, for the SNAP

It seems this winter season has just been terrible for those of us who enjoy the great outdoors. Is it just me or does it seem to rain almost every day? A fisherman can only spend so much time cleaning, lubricating and preparing equipment and must at some point get out there and wet a line.

Well, March is here and with the early warm weather things are starting to happen. While it is still a little early the bass seem to be starting to find beds in advance of spawning. Bass (and some other species) will begin to spawn when the water temperature has risen to 60 degrees. Some parts of local lakes could be there right now. 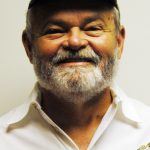 Bass are biting now, but the bite is slow and erratic, likely due to the constantly changing weather of late. Once March has fully arrived look for improvement. On the next warm spell, expected next week, let’s get out there and catch something.

I believe I’ll start early this year to insure I’m out there when things get exciting.

White perch (waccamaw) are biting now in Lake Hickory, but I have had no reports from our local lakes. Let me know what’s happening. It won’t be long.

Perhaps within weeks or even days all those blooming plants will tell us it’s time to get on the lake and bag some big crappie as well. The old tale about crappie biting when the dogwoods are blooming is generally accurate.

Catfish, always a contender for “most likely to bite,” are holding their own and even increasing in action recently. Blue catfish, fished deep, drifting a cut shad, whole bream or the like will provide a lot of action for little cost. In my younger days, cats were considered trash fish and most folks cursed them rather than eating them. Today they are considered to be one of the most fun to catch and eat of our local fish.

Fishin’ Tip of the Week: A tip for using circle hooks. Many anglers turn to these hooks for catfishing live or cut baits and they do very well. One mistake often made is to go with too small a hook for the fish you’re trying to catch. Best to go with a 6/0 to 8/0 if you’re after average (2- to 25-pound) catfish. Go big for that lunker in the middle of the lake. Catfish are not trout and aren’t really hook shy.

Thanks and good fishin’!