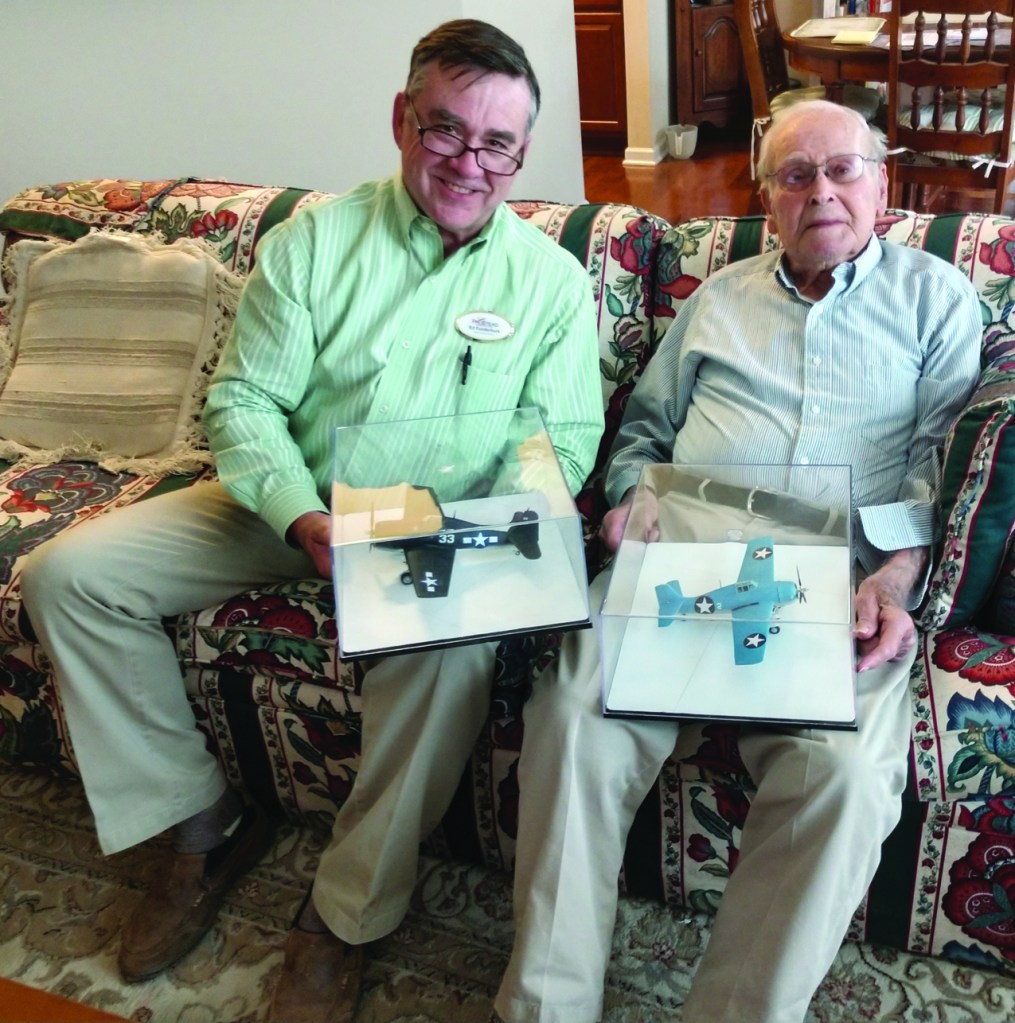 Two years ago, Funderburk, a ProStead Real Estate broker, met Paul Norman. Norman lived in Charlotte and wanted to sell his old house. After talking for several months, Funderburk met Norman at the office of his sheet metal fabrication shop.

Funderburk walked in to the office and saw lots of aviation memorabilia, including posters and pictures, and asked if he were a pilot in World War II.

“He told me no but he was an aviation mechanic on fighters in the Navy in the war,” Funderburk said. “I tossed all my paperwork into a chair and said ‘let’s talk airplanes’ and I sat there for two hours and we talked about World War II and aviation stuff.”

Norman, who is currently 94, was a Navy plane captain and his job during World War II was to check out the mechanics of the aircraft and make sure everything was ready for the pilot to get in the airplane. He also figured how much gas it would take to fly certain distances, like California to Hawaii, and the best flight paths to take. The main aircrafts Norman worked on were Wildcats, Hellcats and occasionally Corsairs.

It was an exciting time getting pilots trained to fly their planes, Norman said. There was never a dull moment.

“We developed a bond there with the aviation,” Funderburk, a Lake Tillery resident said.

They developed so much of a bond that, besides helping Norman put his home on the market and selling it, Funderburk wanted to do more to honor the services of a member of “The Greatest Generation.”

“They were indeed the “Greatest Generation” and we owe a great deal to these people for what they endured and accomplished,” he said.

Some Realtors give housewarming presents, but Funderburk typically doesn’t, he said, “but on special occasions, I like to do something that’s unique for people.”

So he got to thinking.

“I said, ‘you know I didn’t see any models of the planes that he worked on in his office,’” he said. “So I got the wheels turning and I said ‘I’ll start building him a couple of planes.’”

So he started working on creating scale model airplane replicas of the ones Norman worked with. “The whole idea of plastic modeling is to make the subject as life like as possible,” he said.

Funderburk has been making scale model airplanes (along with cars and tanks) since he was a young kid and he is the chapter contact for the Scale Modelers of Rowan County. He spends hundreds of dollars on research material before he even starts to build his planes and he has a huge research library.

He enjoys building the scale model airplanes because “it’s some type of history,” especially World War I, World War II and the aviation industry, he said.

This project took a lot more time than he realized and so the initial one-to-two-month time frame he envisioned ultimately turned into almost two years.

Funderburk finished creating a scale model FRF Wildcat and a F6F Hellcat for Norman in early July. The airplanes are about nine inches long and are each enclosed in about 12-inch showcases. 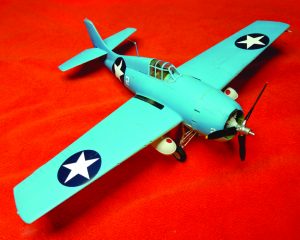 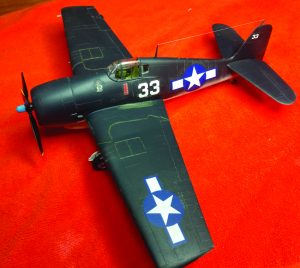 Once he finished the two planes in early 2019, he called Norman’s daughter Susan, who is now running her father’s company and divulged his project to her. Funderburk called Norman to ask if he could come over to talk. He met Norman a few weeks ago and presented him with the two model planes.

“And he was just ecstatic,” Funderburk said. “He didn’t have anything like that.”

“He surprised me with those two miniature airplanes,” Norman said. “They are genuine replicas and they look very, very similar” to the actual planes.

Norman also thought it was nice that Funderburk went to that much trouble for him.

Norman’s daughter Susan told Funderburk that Norman has shown the planes to everybody and it’s all he talks about.

Looking back, Norman thinks his service to his country was a job that had to be done and he was honored to serve.

But Norman is not the only veteran that Funderburk plans to surprise.

There is a gentleman that attends First Lutheran Church in Albemarle, which is also Funderburk’s church, who was in the Marine Corps as a waist gunner on a bomber in the Pacific and, unbeknownst to him, Funderburk is currently building him a model of the aircraft that he flew in, the B-25 bomber.