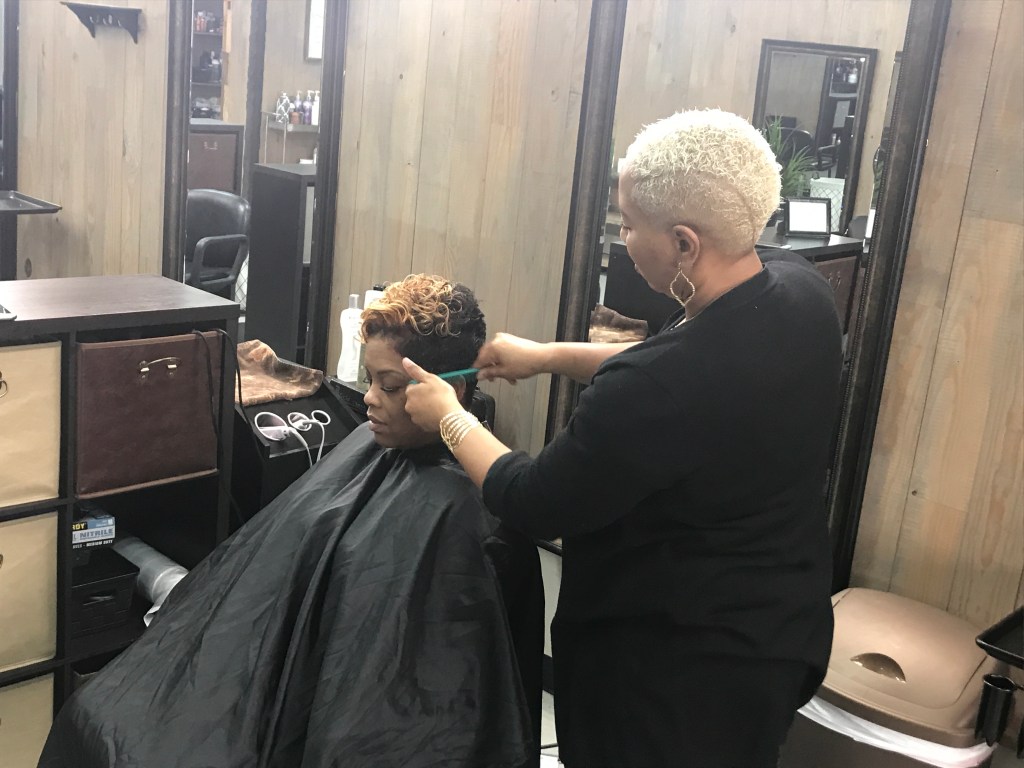 After spending her career working at other hair salons, Jerrita Michella Owens finally achieved her dream of owning her own.

In early February, Owens took over the old Nails Deelite space on 1949 East Main Street in Albemarle and renamed it, Michella’s Hair Salon.

She’s come a long way in her hair styling career—after she graduated from cosmetology school at Stanly Community College in the mid-90s, she worked in Walmart’s SmartStyle Hair Salon for about a year; then she worked at JCPenney for about nine years; then at Gerald’s Hair Center for seven years, before it sadly burned down.

She most recently worked next door to her current space at Hair Unlimited Saloon from September until the beginning of February.

But even though she gained a lot of experience in her previous jobs, the Albemarle native’s dream was to always own her own hair salon.

“God just knew my heart,” Owens said, and he also “set her up” when he moved her right next door because she was able to learn about the Nails Deelite space opening up.

When Owens knew the space was available, “I just started praying,” she said.

The irony is Owens was a customer at the old nail salon and she would often think to herself, “this would be a nice hair salon.”

Owens met with the owners of the building, Pam and Gary Smith, and at the end of December, they decided to let Owens rent the space.

Though other people wanted the space, Owens said Pam saw something special about her.

As excited as she was, “to God be all the glory,” Owens said.

Since she got the key to the space in December, Owens has been busy buying needed supplies to get ready to transform the place from a nail salon to a hair salon. 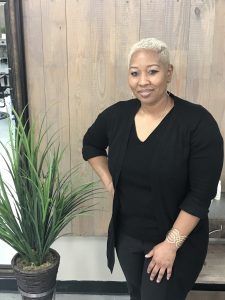 After working at several other hair salons, Jerrita Michella Owens opened up her own, called Michella’s Hair Salon, in early February.

Owens officially opened Feb. 7. She already has seen a steady stream of clients who followed her from her previous jobs.

“She cares about your hair,” said Fonda Clark, a friend of Owens and a client from her days working at JCPenney. “She goes above and beyond to make sure we’re satisfied.”

The salon has cool amenities like a coffee bar, daily snacks and drinks and on Fridays, she usually has special snacks like doughnuts.

There are five identical stations or booths, each with a salon chair, full-length mirror (adorned with bright lights) and a black bookshelf with cube storage bins filled with hair products, capes, etc.

Owens is most proud of the 99 grade she received (and has framed) from the North Carolina State Board of Cosmetics Art Examiners.

Growing up, Owens would often travel with her aunt to her hair salon and watch as she worked. It was at her aunt’s hair salon where Owens decided “when I grow up I want to do hair.”

Cutting hair is a passion for Owens and it helps her provide for her two children, an 18-year-old daughter and a 25-year-old son.

“I work to support my family and to give them a better life,” she said.