CHAMPIONS OF STANLY COUNTY: Lady Comets ruled the hardwood in 1975-76 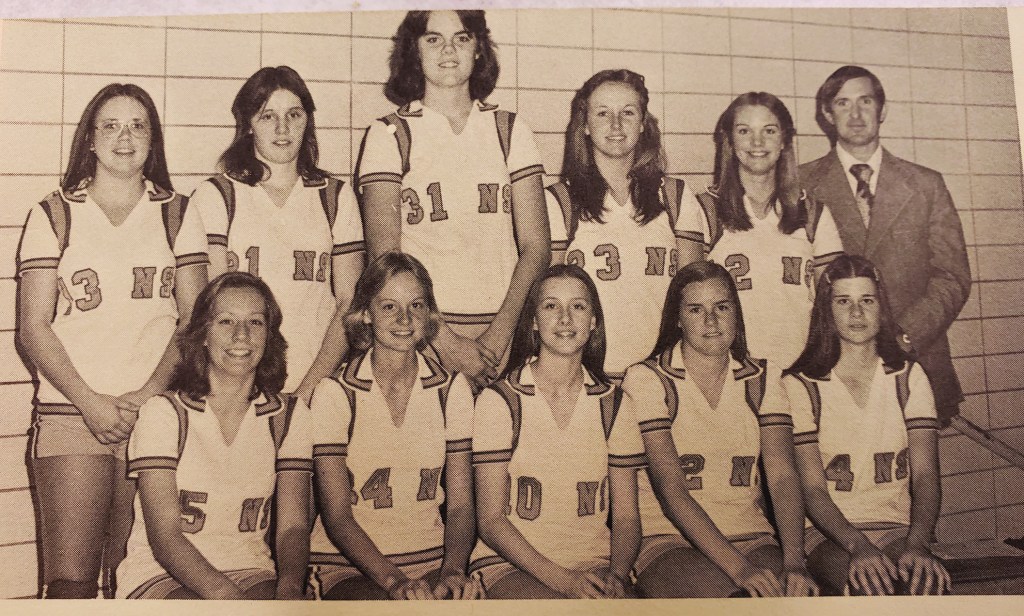 When Lonnie Chandler took the reins of the women’s basketball team at North Stanly, his goal was to “build a program.”

The numbers show Chandler accomplished that goal.
From 1964 to 1997, the Comet coach led his teams to 12 20-win seasons, 13 conference regular-season championships, 10 tournament championships and an overall record of 556 wins compared to only 229 losses.

In his 33 years at the helm, his teams suffered only four losing seasons.

However, in a recent look back at the teams he coached, he described the 1975-76 Comet squad as the “epitome” of his program, a squad that captured the Western North Carolina High School Activities Association (WNCHSAA) women’s basketball championship with a perfect 26-0 record.

Today, it is common for high school basketball players to participate almost year-round.

Organizations such as Amateur Athletic Union (AAU), Youth Basketball of America (YBOA) and others offer travel teams, tournaments and recreation leagues outside of the traditional winter season that allow players to build their individual skills.

But in the 1970s, the high school and youth athletic scene was less specialized and more seasonal. AAU and other travel leagues existed, but mostly in the larger cities. Schools in small towns and rural areas did not normally offer many organized off-season play and training opportunities.

“Back then, you could start basketball practice on Nov. 1, play your first game around Thanksgiving, finish the season with your last game, then put the ball away until the following November and still be competitive,” said Chandler.

But, knowing that part of building a program involves doing the “extra” work, Chandler and his coaching staff were ahead of their time when they started an annual summer girls basketball league at the high school gym.

“I don’t remember the exact year we started,” he said, “but I do remember that our biggest summer league had six teams. We would spread out the girls as evenly as we could and play all summer. We played our games at night and had great support from the community.”

Chandler also noted that in those summer sessions, as well as in team practices, great emphasis was placed on the basics of the game.

“We got the players to buy in to the fundamentals,” he said.

“We worked on good fundamentals every single day at our practices.”

One opportunity in existence in the 1970s that continues today is summer team basketball camps conducted on college campuses, and the North Stanly team was one of the first local squads that attended camp each summer, often playing stronger competition than they would see in the regular season.

“Our girls would work as a team to raise money to attend camp,” said Chandler. “I’d go to Krispy Kreme in Salisbury and load my car up with doughnuts, and bring them back to the school. The girls on the team would go out in the community selling them. Not only did it raise funds for camp, but it was a great team-building experience, too.”

The extra work put in by those players in advance of the ’75-76 season was no different from that put in by previous or subsequent teams, but, according to Chandler, the players on that squad seemed to develop a special bond.

“They excelled in the classroom and they were more than teammates,” he said. “They did things together outside of school and basketball…where you would see one of them, you’d usually see two or three more.”

And a competitive drive, born from those summer leagues and previous seasons as teammates, became a part of each member of the squad, said the coach.

“Those girls absolutely hated to lose,” Chandler said, “and that’s a necessity for success.”

“Not only did they hate to lose,” he continued, “they refused to lose.”

Chandler served as the coach of the Pfeiffer College women’s team the first three years of its existence at the same time he was coaching at North Stanly.

But the dual role opened up an opportunity for both squads, and it was through a pre-season meeting between the two that Chandler first realized that his ’75-76 Comet team was the “real deal.”

“We took our North Stanly team up to scrimmage against the Pfeiffer team,” he said, “and we beat Pfeiffer in that scrimmage. I knew then it was going to be a special year.”

Soon afterwards the season kicked off with a four-game non-conference slate — alternating home and away games against East Montgomery and Albemarle — with the North squad posting blowouts in each matchup, winning by an average of 45 points before moving into conference play.

Although the conference schedule provided tougher competition, the Comet squad hardly missed a beat in the early going.

Behind 6-foot-5 center Krystal Kimrey and a strong supporting cast led by forward Linda Spivey and point guard Robin Aycock, the team won its first three league contests easily, downing East Rowan, Davie County, and North Iredell by 23, 22 and 18 points, respectively, before getting a scare in a rematch with East Rowan, where North eventually prevailed 50-47.

And as the season moved on, the community and student body began to take notice and get behind its team.

Being from a rural area, the North Stanly teams and followers began to catch some grief from the student sections of larger schools and towns. But the North Stanly students (led by two teachers) decided to embrace the ridicule in a creative way.

“That was the beginning of the ‘plow-jock’ era,” Chandler said.

“Coaches (John) Herlocker and (Jim) Grkman got the idea to have all our students wear overalls to the games. That season, you could not find a pair of bib overalls in a store in Stanly County.” 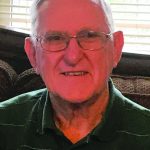 With its denim-clad cheering section in tow, the North squad continued (most nights) to blow up scoreboards at gyms throughout the Piedmont.

But on the rare off-nights, the team’s “refuse to lose” attitude carried it through, often by way of a game-saving performance from a reserve.

Chandler recalled a contest at Mooresville that exemplified the resilience of the team and its members.

“The first time we went to Mooresville that season, we came out ice cold and before you knew it, we were down 17-2,” he said. “Not only were we way behind, but Robin (Aycock), our point guard, was in foul trouble. We subbed Kathy Arey into the game for Robin and she handled the ball great, plus she scored several clutch baskets to get us back in the game. That got our momentum going and we ended up winning by 11 points.”

“That is another mark of a great team — being able to find a way to win when you don’t play well,” he added.

Over the course of the 15-game North Piedmont Conference schedule, North Stanly ran the table, winning only two games by less than 10 points.

The conference tournament was no different, with blowout wins over South Iredell (57-39) and North Iredell (63-37) in the first two rounds. East Rowan kept the championship game reasonably close, but fell 66-58.

The Comets rolled into the Western North Carolina High School Athletic Association tournament with a 23-0 record.
Representatives of four conferences, the Northwest, Southwest, North Piedmont and South Piedmont, comprised the championship tournament, which was played at Catawba College.

North Stanly’s first opponent was Rutherfordton-Spindale Central, the runner-up from the Southwest Conference.

“They gave us fits,” said Chandler. “And we didn’t play as well as we could, either. But we managed to beat them by seven.”
Statesville High, the South Piedmont Conference champion, was next in line, but North Stanly brought its “A” game to Catawba that night.

“I thought Statesville was a better team than RS Central,” Chandler said, “but we jumped out front early and clobbered them. We played really well in that one.”

Then, on March 3, 1976, North Stanly capped what Chandler had foreseen in that preseason scrimmage at Pfeiffer, blasting North Gaston High in the finals by a 63-41 count, in turn capturing the only state-level women’s basketball championship by a Stanly County school.

“But it wasn’t about individual accomplishments,” Chandler said. “There were no big egos on the team, and that led to unselfish play. On top of that, our work on fundamentals meant when we had to go to our bench, we never had to ‘hide’ a player. And, this team never beat itself. We didn’t turn the ball over, we hit our free throws and we boxed out underneath.”

Chandler’s influence on athletics at North Stanly lives on. The gymnasium was named in his honor in 2013, and his daughter, Joanna Gagliardi, is the athletic director at the school.

He served for several years on the Stanly County School Board, and remains active in his church and community.

And proof that Chandler had achieved the goal he set in 1964 upon assuming the position of head coach was made evident the season following that WNCHSAA championship run.

That North Stanly team posted a 23-3 record and finished as WNCHSAA runner-up, despite having graduated four starters from the undefeated ’75-76 squad.

“That’s the mark of a good program as opposed to just a good team,” he said.