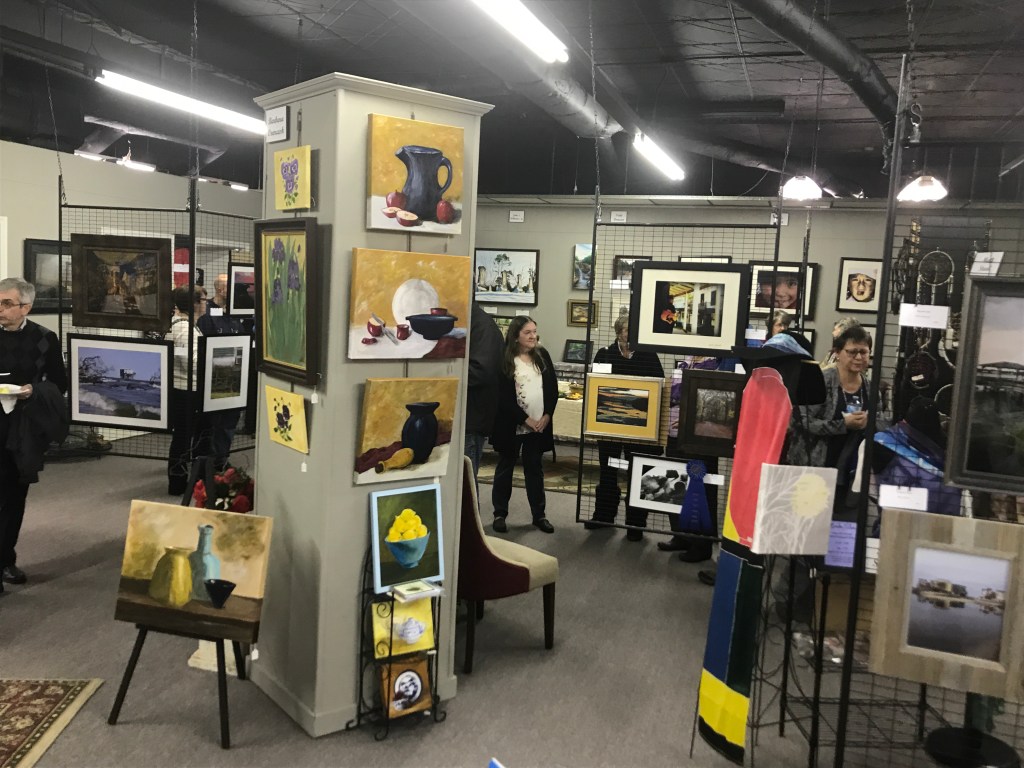 People looking at the pictures that were part of the Stanly Arts Guild photography exhibition and contest Saturday night.

The 2019 Photography Exhibition and Competition, presented by the Stanly Arts Guild, had its reception Saturday night, honoring the 66 pieces, while also awarding monetary prizes to the three winners.

The theme of the exhibition was “Scenic America” and “the variety of the scenes were outstanding,” said Lorrie Hatley, Arts Guild president. The exhibition ran from Feb. 19 until March 9.

The photographs included locations from around the country, including the Grand Canyon, Glacier National Park, Northern California, Cooper River and Yellowstone, among others.

Lee Haywood, an art teacher at Uwharrie Charter Academy who lives in Lovejoy, won first place for her piece “Watching Daddy Bale”— a black-and-white 8-inch by 10-inch shot of her husband, Jeremy, on a tractor baling hay.

Jeremy happened to be baling hay when Haywood took a picture of him in her car. Her shot “just happened to catch my little girl who is 3 looking out the back window,” she said.

With the reflection of her daughter in the car, along with the dust rising and the sun setting, “it was just the perfect moment,” she said. 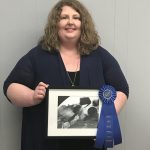 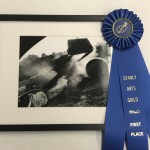 Patrick Vaca of Oakboro won second place for his piece “West Coast Stroll — a photo of an old white car driving along the Pacific Coast Highway, with a row of mountains, beaches and the Pacific Ocean in the background. He has enjoyed photography ever since he was a kid.

Vaca took the picture last summer in Northern California during one of the largest antique car shows in the nation. He was along the side of the road taking pictures of the mountains, when he happened to see the white car passing by. As great as the natural environment is, the white car made the photography special, he said.

This was his first time entering any of his photographs into a competition and he was “a little bit shocked” to finish in second place. 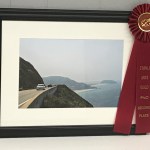 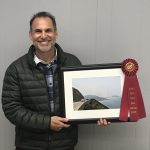 Rodney Rock of Albemarle won third place for his piece “Near Glacier National Park” — a black-and-white photo of a train traveling through Glacier Park in Montana, with snow-capped mountains in the background.

Rock was driving through the park to take pictures of the Milky Way but stopped when he saw a barn and a railroad trestle. As he was taking pictures, a train traveled by and he was able to get a picture.

“It was a lucky shot that the train showed up,” he said.

Though photography can involve a lot of planning, often, he said, it’s just “plain dumb luck.” 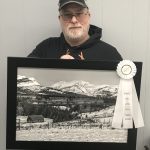 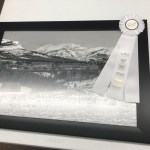 The photographers also voted on their favorite piece and Rock won for “Lake Louise.”

Michael Hutchinson, who is co-president for Mint Hill Arts and has won many honors over the years for his visual branding ideas while working in advertising, was the judge.

“It was difficult,” he said of judging the many pieces, adding “it was a really great amount of excellent work.”

When he was judging, he placed post-it notes on any photographs that caught his attention to remind him to look at them again later, he said. Finding the top three winners along with the honorable mentions was the hardest part. 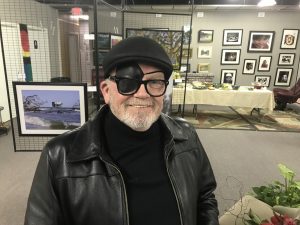 Michael Hutchinson was the judge of the photography contest.

There were more entries and almost twice as many pictures than last year, Hatley said. Some of the photographs will be on display in the coming months at the Agri-Civic Center.