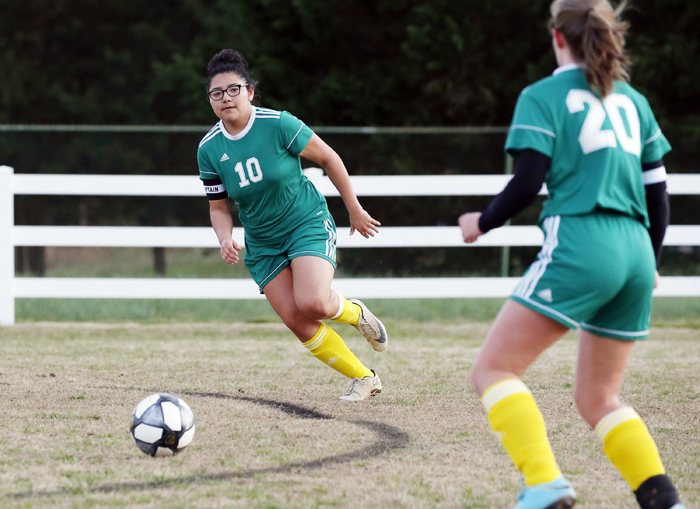 West Stanly's Karen Cruz (No. 10) gets a pass from teammate Madelyn Huneycutt in Thursday's home opener for the Colts. (Photo contributed by Earl Bradshaw)

The West Stanly women’s soccer team opened its season Thursday with a 5-1 home loss to the East Rowan Mustangs.

Karen Cruz had the lone goal of the day for the Colts in the second half, assisted by Madelyn Huneycutt. Cruz also had four steals in the game for West. As a team, the Colts had 25 shots on goal, led by Huneycutt with eight.

In goal for West, Cassie Wallace made eight saves, allowing three goals in 45 minutes. Sophomore Raeanna Eudy played keeper for the Colts for the remainder of the game, making three saves and allowing two goals.

Lydia Miller made five saves in goal for the Mustangs; the visitors maintained a 2-0 lead at halftime before scoring three times in the second half.

West Stanly is scheduled to travel to West Montgomery (0-2) tonight.