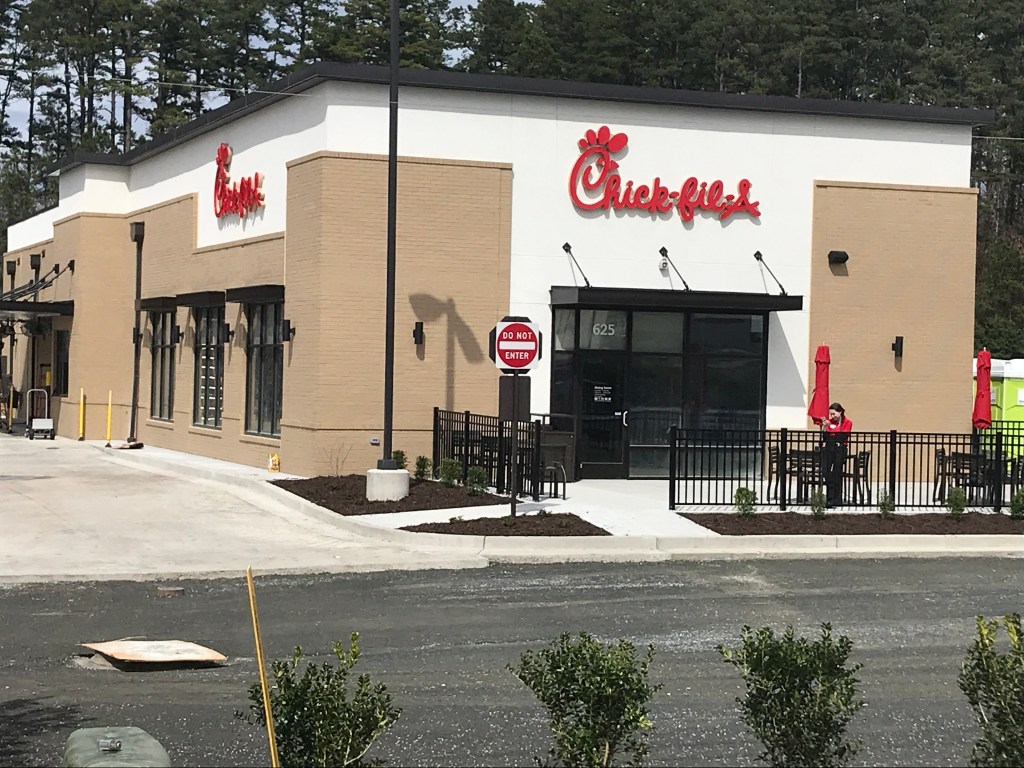 The new Chick-fil-A will open Thursday, March 21 at 6:00 a.m. The restaurant can seat around 108 people and will have several neat amenities including free Wi-Fi.

The Chick-fil-A in Albemarle is almost ready to open. Although work is still being done, the restaurant plans to open at 6 a.m. March 21 next to the Sagebrush Steakhouse on N.C. Highway 24-27.

Up to 100 guests can win a digital offer card with a year of free Chick-fil-A meals (52 meals, each consisting of a Chick-fil-A Chicken sandwich, medium Waffle fries and a medium drink) by participating in the First 100 12-Hour Campout. The overnight campout party includes activities for ages 5 and older, according to a Chick-fil-A press release. The First 100 celebration has been a tradition at new Chick-fil-A restaurants for 15 years.

Registration for the campout begins in the restaurant parking lot at 6 p.m. March 20.

The nearly 5,000-square-foot restaurant will provide jobs to 110 newly-hired team members and can seat 108 people. The restaurant will have floor-to-ceiling windows, drop pendant lighting and a chandelier made from recycled Coke bottles.

Some of the other aspects of the restaurant include two Chick-fil-A mobile ordering parking spots along with an expectant mother’s parking spot; a two-story indoor playground with an interactive toddler section; a two-lane drive-thru that merges into a single pick-up point that can handle around 200 cars an hour; and free Wi-fi in the dining room.

The franchise owner is Tyler Bruce, a Charlotte area native who first joined the Chick-fil-A family at 16 at the Mooresville location. He most recently owned and operated the Chick-fil-A in the Fayette Mall in Lexington, Ky. Bruce, his wife Courtney and their young son look forward to living and working in Albemarle.

“Being involved in our community and mentoring our young team members is what is most important to us, so we are thrilled to develop new and existing relationships with Stanly County,” Bruce said. “My team and I are incredibly honored to expand our opportunity to serve and bring a Chick-fil-A closer to our guests who can enjoy our delicious food and genuine hospitality.”