Harkey was honored during the Main Street Champion ceremony breakfast at the Meroney Theatre in downtown Salisbury.

A downtown resident, Kent Harkey has dedicated himself to the beautification of downtown Albemarle, serving on the Design Committee since 2013, the past three years as chairman, according to Albemarle Downtown Development Corporation, the organization that nominated Harkey for the honor. 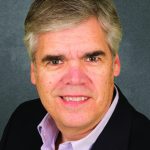 He has organized volunteer efforts for seasonal flower plantings downtown, as well as recognizing businesses with the ADDC’s quarterly Appearance Award.

In addition to his work on the Design Committee, he has served on the ADDC Board since 2013, co-chaired the ADDC’s Holiday Tour of Homes fundraiser for the last two years and has volunteered at the Stanly County Winter Wine Festival for the last five years.