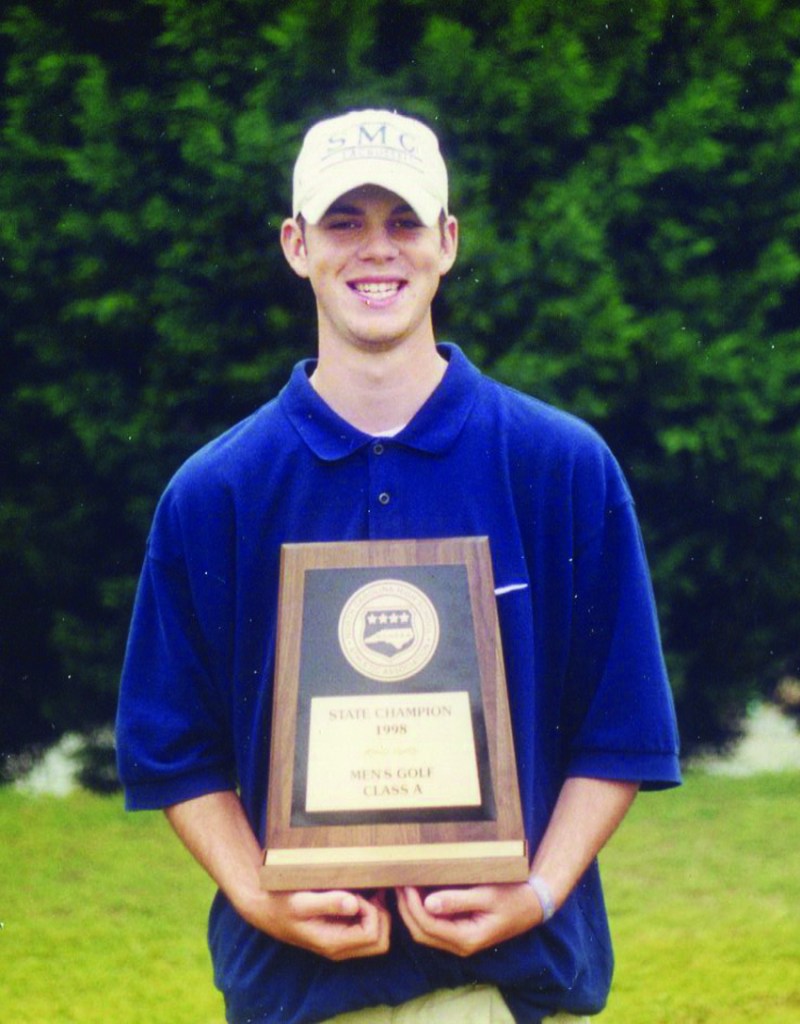 The 1998 Albemarle High School men’s golf team was the first one in the school’s history to win a state championship.

The team was comprised of seven golfers, and all but one were seniors.

Coach Al Andrew knew the 1998 team would be good because it was essentially the same team the last three years and had placed near the top of the conference the year before.

Because the players were so experienced and had grown up playing the sport, Andrew saw himself more as a “chaperone” that made sure the athletes got to the matches and didn’t miss their tee times.

The 1998 season was the fifth or sixth year Andrew coached golf and he ended up coaching for about 21 years. He was also the men’s basketball coach. 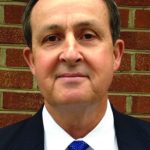 Andrew was also good at keeping the boys in line and making sure they had good grades and stayed out of trouble, said golfer Bo Andrew, who was a senior on the team.

Many of the boys grew up in families who played golf.

“The parents played golf and therefore they were exposed to it early and so they were all really good golfers,” Andrew said.

The most consistent golfer on the team was Bo, who was a cousin of the coach.

The golfers were all really close friends and the seniors had played together throughout high school, Bo said.

Most of the players had actually played golf together since they were in middle school when their moms would carpool the players to the Stanly County Country Club, said golfer Ross Stokes.

“We were all really, really good friends growing up,” Bo said.

The players are still good friends and they have even been in each other’s weddings.

Many of the boys played golf year around because it was their main high school sport, Andrew said.

The 1998 team included Bo, his brother Russ (who was a sophomore), Greg Hathcock, Ben Lisk, Robby Johnston, Stokes and Will Turbeville.

Bo had always been around golf. His father was a professional golfer and he played golf since he was a young child.

“I was supposed to be a good golfer,” he said.

In a typical 9-hole match, six golfers would compete and the top four golfing scores were combined. The team with the lowest score would win, Andrew said. Many of the matches occurred during school time.

Bo “definitely did not mind” missing school time to play golf, he said.

The team already made it to the state championship meet Bo’s sophomore and junior years, so the team knew it had a shot to win, he said. The goal for the 1998 season was to finally win the championship.

Practices were casual and had no structure, Bo said. There was not a lot of coaching either. The athletes knew what they had to work on and would go to the golf course after school.

But Bo said it was good that Andrew engaged in little detailed coaching.

“It makes for a great coach because if you got somebody out there that was trying to tell us how to do something, that wouldn’t have worked all,” Bo said.

Bo appreciated the time Andrew sacrificed from his family to drive the team to meets.

“It was hard being a golf coach,” Bo said. “We had some long nights away and he had young kids at the time. We all appreciate what he did.” 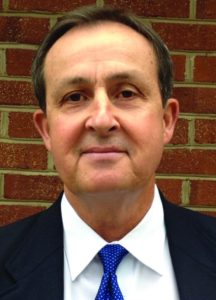 The players coached themselves and held themselves to a certain standard, Stokes said. A big motivation for the players, he said, was trying to beat each other.

Even though the name of the conference has changed, Bo remembers Albemarle was always the best team in the Yadkin Valley Conference. It won all of its conference matches and captured first place in the conference meet in 1998.

The number one players from each school in the conference would play each other, followed by the second best players and so on, Bo said.

In high school, Bo was a good driver and a good chipper.

His weakness was his putting ability.

“That’s what mainly held me back,” he said.

Though the players never confided with each other about how to better their individual golf games, if a player had a bad day, the team would try to pick him up, Bo said.

As the best player on the team, Bo said he had high expectations for himself to perform well during each match.

Though the team did not have many rules, it did have two that players abided by: “Don’t embarrass yourself or the school on the course and never quit,” Andrew said.

On May 4, the team won the 1A West Regional at Cedarbrook Golf Course in Elkin by 22 strokes, scoring a 318. The team had three golfers who scored 79 — Russ Andrew, Ross Stokes and Robby Johnston. Bo followed closely behind with a score of 81.

On May 12, the team won the school’s first golf championship in a two-day tournament at Finley Golf Course at the University of North Carolina at Chapel Hill campus. The team played 18 holes each day.

The six-man team of Bo, Russ Andrew, Ross Stokes, Robby Johnston, Will Turbeville and Greg Hathcock combined for a total of 320 in the first round and 340 in the second round to beat the five other teams. Albemarle beat second-place Graham by four strokes.

It rained both days, but the team was not deterred. Bo posted a two over par 74 on the first day and an 82 the next day to help lead the team to victory.

“We set the state championship as our goal at the beginning of the season and the team was able to fulfill that goal,” said Andrew, according to The Stanly News & Press article following the meet.

“The fact that it being our senior year and we were all going our separate ways after that, it was definitely a triumphant way to see out our high school golf careers,” Stokes said.

The city council presented the team with a medal and the school gave Andrew and the golfers championship rings during halftime of a football game the next year.

After the 1998 season, both Bo and Stokes went to the University of North Carolina at Wilmington for school. Bo was going to play on its golf team but never did due to a back injury he suffered freshman year.

Bo worked for his family’s printing company Greencross until last year when it went out of business. He now works for Phoenix Flexographic and lives in Albemarle. He and his wife Lauren are expecting their first child.

Stokes went on to receive a culinary degree from Johnson and Wales in Charlotte. In 2007 he moved back to Albemarle and works for Stokes Construction.