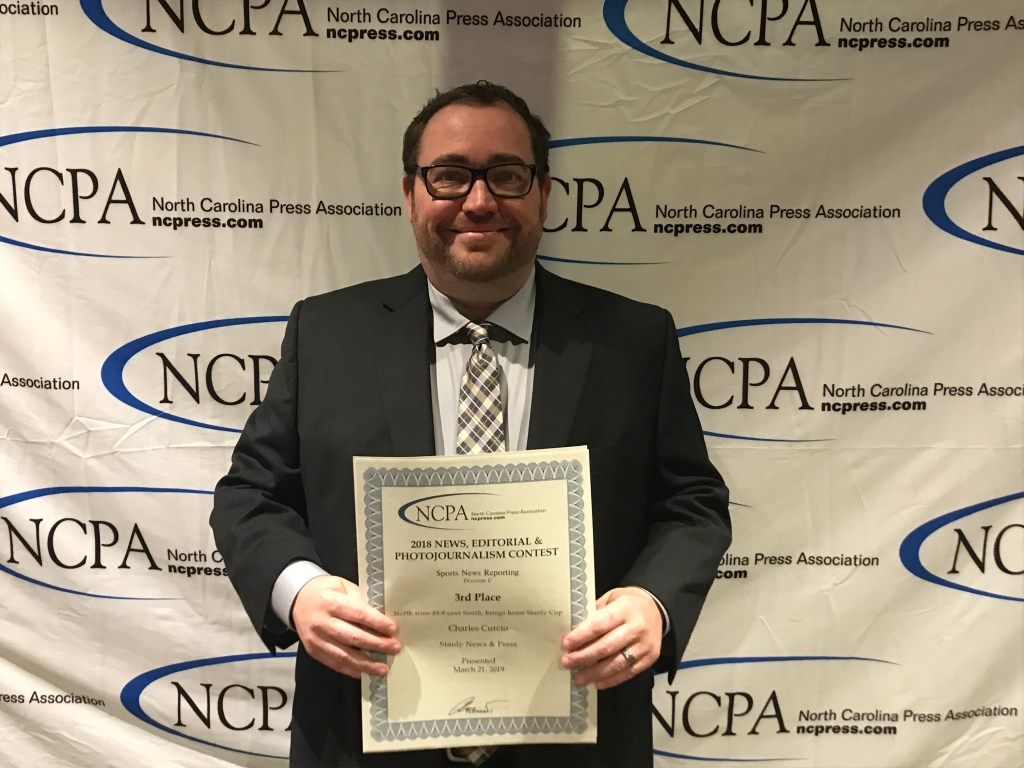 Starnes is now editor of The Daily Courier in Forest City.

“I’m honored to he a recipient of the NCPA’s annual editorial awards,” Starnes said. “But more importantly, I hope the story had an impact on the growing plight of recruiting future generations for youth sports.”

“I’m very happy that I’m able to represent Stanly News & Press and all of our subscribers and all of our readers and everyone at the office,” Curcio said. “We try very hard every day to cover the news, cover the sports and keep people informed of what’s going on in our county.”

Publisher Roger Watson said it was great to be recognized at this level.