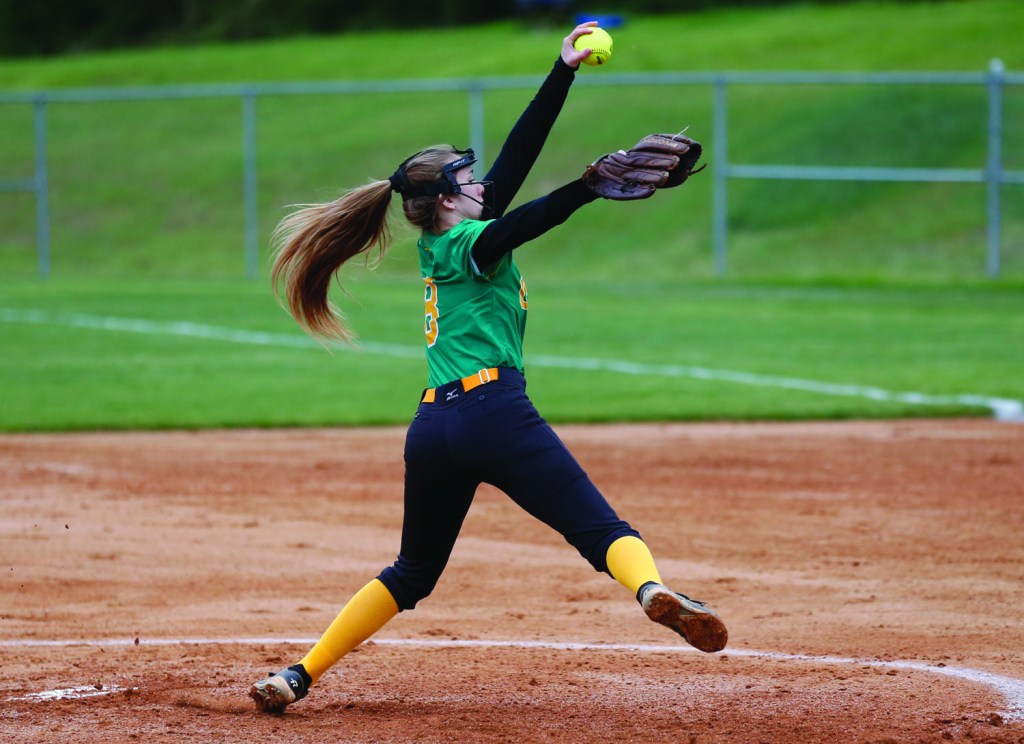 In a clash between two undefeated varsity softball teams, West Stanly sealed the deal over South Stanly with a go-ahead home run by Megan Stockton in the sixth inning Thursday.

The Colts (7-0, 1-0) were able to keep the Rebel Bulls (7-1, 7-0) from scoring in the seventh inning and found themselves with a thrilling 6-4 home victory. The Bulls held a 4-3 lead before Stockton’s three-run blast.

“This really was a great comeback tonight,” West Stanly coach Craig Carter said. “I’m proud of how well we were able to get hits to right field.”

Going into the game, West had 34 runs and hadn’t allowed any this season; South had racked up a 88 runs and allowed only six.

Colts pitcher Jordan Hatch recorded 11 strikeouts throughout the course of the game and recovered quickly from an opening inning where South center fielder Huntley Rummage knocked in two runs with a two-out single.

McRae was 3-for-3 at the plate with a double, homer and a single. As a team, West put up 13 hits, while South managed six hits.

South regained the lead in the top of the fifth inning after the Colts walked in a run, which was followed by another run-scoring single by Rummage.

The contest was originally scheduled to take place in Norwood but was moved due to weather concerns.

West currently sits at the top of the Rocky River 2A conference standings while South is leading the Yadkin Valley 1A teams.