As East Albemarle and Central discuss a tiered school concept, Montgomery County schools have made it a reality 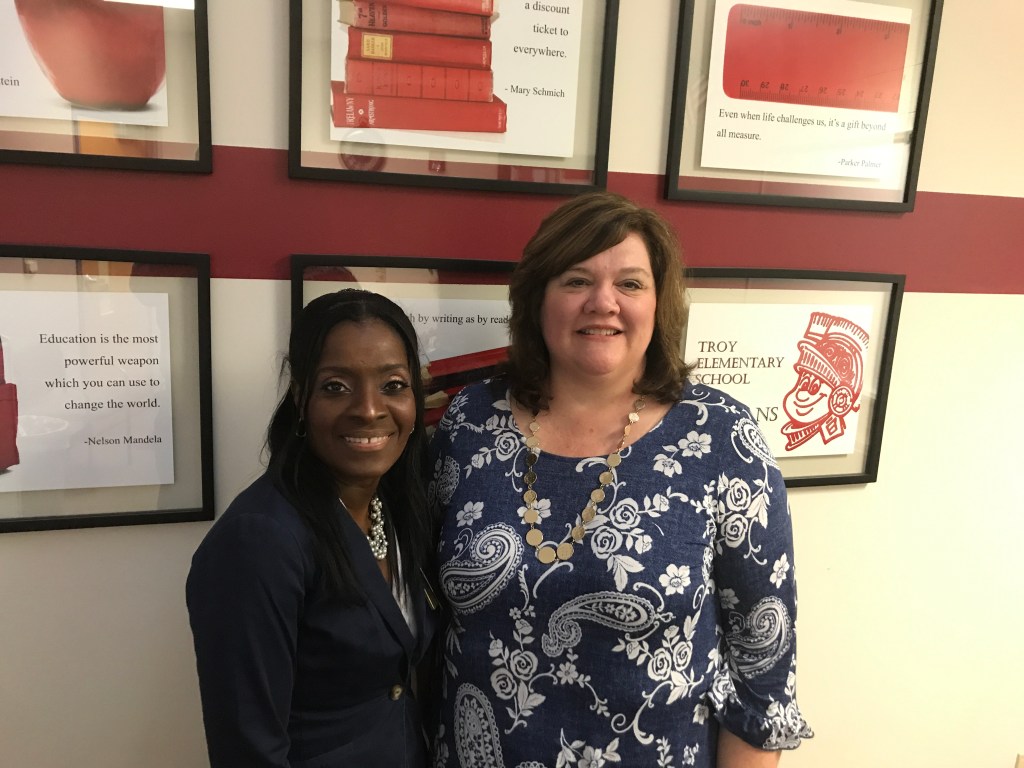 As parents, teachers and staff at Central and East Albemarle Elementary Schools still process the possibility of a tiered school concept where East would become a kindergarten-first grade school and Central a grades 2-5 school, there is a similar template that exists in two schools in neighboring Montgomery County.

In the late 1990s, Troy Elementary was overcrowded and the district was trying to find a solution. A new elementary school was also being built. The superintendent at the time decided to try an idea “that was all the rage at the time,” said Stephanie Lynthacum, instructional facilitator at Troy Elementary who has been at the school for more than 20 years.

The idea was to have Troy become a pre-K-2 school and the new school, Page Street Elementary, would become a 3-5 school.

There were growing pains and many parents comfortable with the traditional K-5 elementary school concept had to adapt to the new tiered school model.

But fast-forward 19 years later and the two schools are still under the same model and working together to achieve success for their students.

Principals Dr. Maxine Brown of Troy and Teresa Dunn of Page Street speak of a partnership between the two schools. The principals communicate with each other several times a week.

The tiered model “gives us the opportunities to share instructional ideas and share support between the two schools,” Brown said, including creating a uniform discipline plan that carries over when the students move from Troy to Page Street.

“We are two different schools, but we are working with the same families, so that’s a big benefit to us,” Brown said.

The schools often share activities (such as having joint summer school programs) and also facilities.

One of the main advantages is both schools are only about a mile and a half away from each other.

“Proximity is key in having the success that we experienced,” Dunn said.

This is the second year for both principals, who came from traditional K-5 schools, so the tiered model took some time to get used to.

“I missed my babies,” Dunn said about not being around the younger K-2 students she was accustomed to seeing on a daily basis.

But she still had students and families she had to serve and the 3-5 students became her school family.

Like Dunn, when Brown arrived at Troy she missed the older students she was accustomed to as well.

“It’s like you’re going through the building and you’re looking for them, but it’s like, ‘oh, okay, I can do this,’ ” Brown said.

As the principals adjusted, they saw many benefits of the tiered model.

Both schools share buses, so students from both schools get to know each other before and after school. Because the bus drops off students first at Page Street, once the bus comes to Troy Brown is able to talk to her former students and see how they are doing.

The Troy students are so accustomed to seeing Dunn and Page Street teachers at events at their school that by the time they move to third grade at Page Street, they already know a lot of the teachers and staff.

“And because that’s all they know, we can set the expectations and they rise to those expectations,” Brown said.

“So here we’re building leaders at second grade and then they come over to our school and they’re ready to roll,” Dunn said.

The third-grade students are passionate about joining student council and joining different groups.

The parents and businesses in the community are also supportive of the schools “because they see us as one,” Dunn said.

One of the biggest challenges with the tiered model is talking with parents that are apprehensive of the model.

“Convincing the parents that it’s okay to separate students” is a major challenge when parents have children that go to both schools, Brown said. Also the logistics of picking up students at both schools can be an issue.

The principals have advice to other school districts (like Stanly) that are contemplating going with a similar tiered model.

“It’s important to have a good working relationship with your sister school because you’re going to be working with them all the time,” Brown said.

Both principals stress the importance of schools getting to know each other if they are going to enact a similar model.

The teachers and staff from the schools need to find the time to get to know each other and participate in team-building activities to try and form a cohesive identity, the principals said.

“It’s like taking two different cultures and now you have to become of one culture,” Dunn said. “When tradition is messed with, it’s always tough.”

While both schools must work to try and form a common culture, each individual school must also retain its own unique culture, the principals said. And eventually, if the model becomes a success, it will become embedded into the culture of the two schools, like it has at Page Street and Troy.

From a parent’s perspective, switching to something new can be challenging and uncomfortable, so the schools have to be patient and provide information to the parents so they can understand the changes that are taking place.

“The parents are going to have a lot of questions,” Brown said, “so the schools are going to have to be transparent about what they’re doing and just communicate because the parents will come around, but they’ve got to know what’s going on and the information has to be timely.”

The principals at East Albemarle and Central Elementary had a parents meeting at the end of February where they first presented the idea of the tiered school model.

If the tiered model were implemented, East Albemarle would be projected to serve 302 students, 36 fewer than are currently enrolled, and Central’s enrollment would increase to 596, an addition of 38 students.

The questions gathered at the meeting as well as survey results will be compiled and relayed to the superintendent and school board, and the two principals will report the findings at an upcoming special called meeting of the board. Additional public input sessions and public hearings would also be required before any decision is finalized.