It Must Be Nice open at larger location in Albemarle 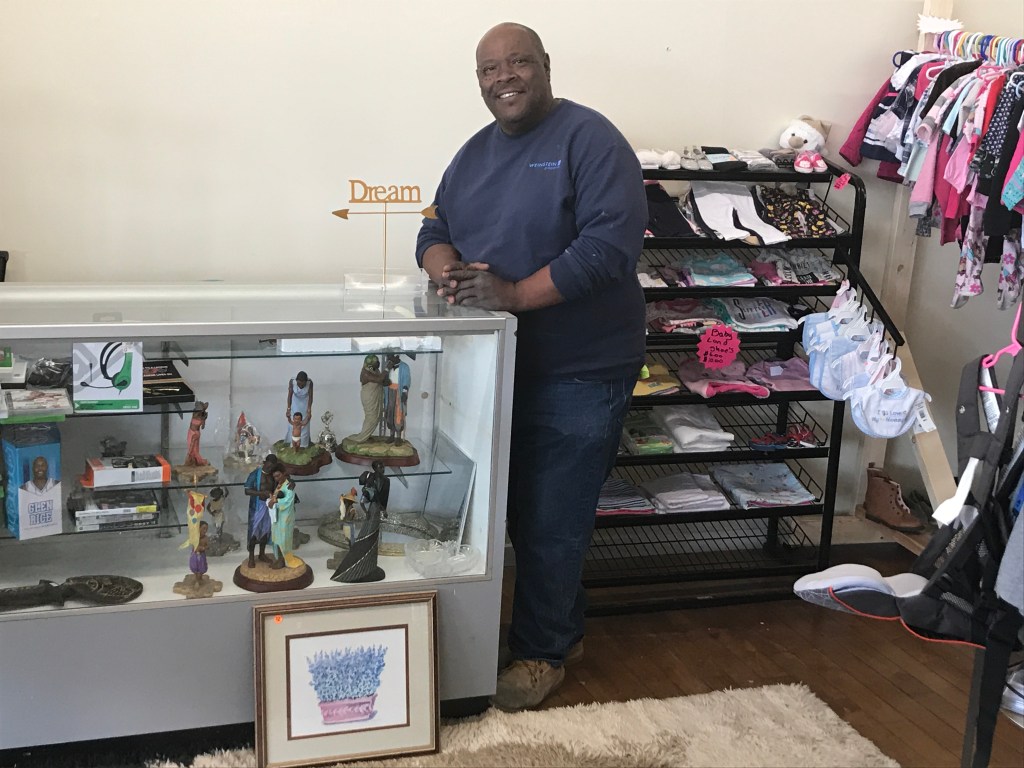 It Must Be Nice owner Jeff Steele at the new location in Albemarle. Due to the larger space, he can sell more products including clothing and African dolls.

It Must Be Nice, Jeff Steele’s appliance store that sells refurbished washers, dryers, refrigerators and stoves, has had a new location.

The appliance store moved from 1970 E. Main Street because of the widening of N.C. Highway 24-27. His current location is at 1329 E. Main Street, where the old Super 10 discount store used to be.

His new space has more than 3,500 square feet and is about three times as big as his old Albemarle location, Steele said.

The original Albemarle store opened in 2015. He already had a store in Charlotte and wanted another location.

He wanted a place near his hometown of Mount Gilead and after talking to local business owners for guidance, he settled on Albemarle because he learned it was a city on the rise.

Steele has learned to speak a little Spanish in his current location due to the many Hispanic customers.

He eventually closed his Charlotte location and opened another location at the Sweet Union Flea Market in Monroe.

The catchy name came from an R& B song from Lyfe Jennings about a woman who stands by her man. It reflects his and wife Leslie’s dream to own their own business, he said.

Besides the traditional appliances that he sold at his first Albemarle store, the new location offers many new products.

Steele, with the help of his sister Tracy, has a large clothing section of the store along with pocket books and shoes. The store also sells sofas, desks, tables and chairs.

He has several knickknacks, including video games, movies, African dolls and what Steele likes to call “artifacts,” such as 1960s magazines that he has been collecting.

There is also a section of the store for people who want to buy appliances for rental properties.

It Must Be Nice will deliver appliances for a fee.

Steele, who lives in Indian Trail, enjoys working in Albemarle and away from the business of Charlotte.

After he graduated from Johnson C. Smith University with a degree in business administration, Steele worked as a manager for a number of restaurants in the Charlotte area. But he got burnt out and tired of the restaurant scene after about 10 years.

Friends allowed him to sell consignment goods in their store, Household Gold. He volunteered his time there for about a year.

“It was how I got my start,” Steele said of Household Gold, “because I learned everything from those guys.”

His friends taught him about what specific appliances to buy and sell, what was a good product and how to properly set up a store, Steele said. He opened up his Charlotte store in 2013 and he was on his way.

“We are of service to the community,” he said of his business. “Albemarle is a great city to raise kids and have a business.”

Steele is also looking into the possibility of expanding and opening another appliance store in Statesville.

Even though Steele had to move his Albemarle location, he is happy with the larger space.

“Anytime God moves you to a new place, it’s beneficial to you,” he said.