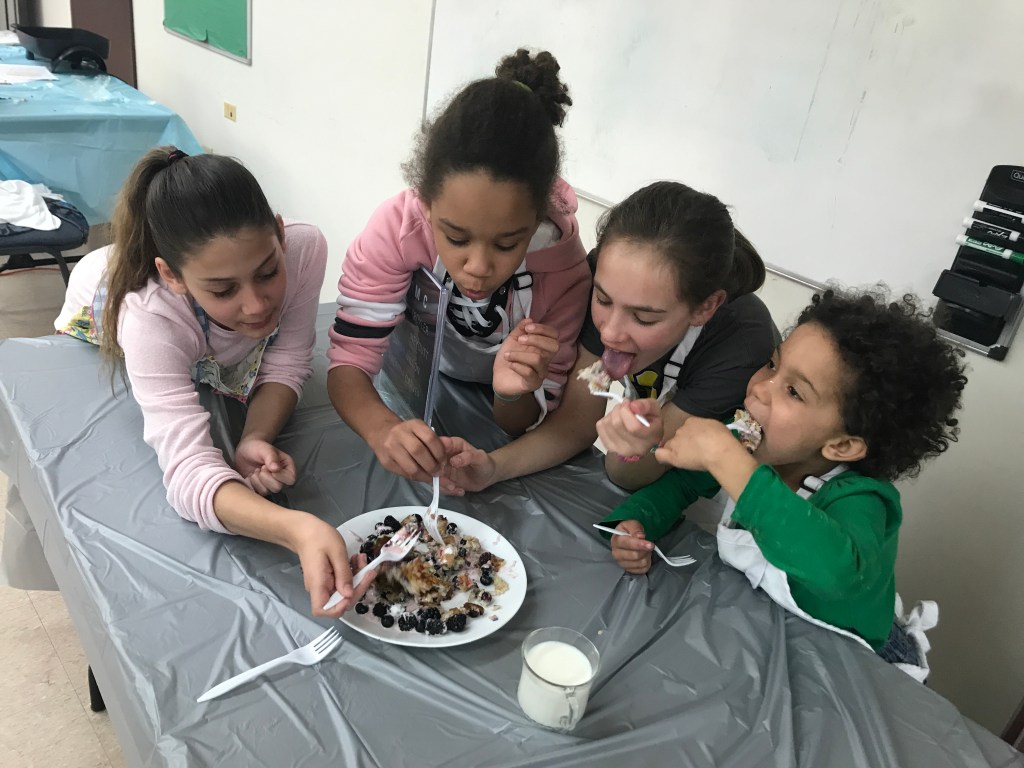 The best young chefs in Stanly, armed with their best dishes and a healthy appetite, gathered at the Stanly County Agri-Civic Center Saturday morning to participate in a free cooking competition.

The competition, open to youth ages 5 to 19, was part of the North Carolina Cooperative Extension’s 4-H Youth Development. Sixteen kids showed up to the event.

The first part of the competition involved kids preparing and bringing one or two of their favorite dishes to compete against similar dishes. Two judges asked the children questions about their dishes and the dishes were judged on appearance, taste and age appropriateness.

Nicholas Allman, 10, created a breakfast casserole and spicy sausage balls. He has been cooking for most of his life and his favorite part of cooking is “watching the food sizzle in the pan.”

Dakotah Troxler, 14, made chocolate brownies, while her sister Beverly Troxler, 12, made cinnamon muffins. Dakotah likes baking and making dinners, while Beverly enjoys desserts. Their mother taught them to cook. 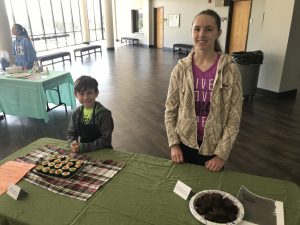 Sarah Vanhorn, 13, who made au gratin potatoes, said her favorite part of cooking is eating the food, while Kinsley Huneycutt, 10, who made Mountain Dew apple dumplings, enjoys getting to use a knife while cooking.

Edie Childress, 10, made brownies and pasta salad. Her grandmother taught her how to cook.

As the judges tasted the dishes, the second portion of the competition began when the chefs divided into small groups, where they had 45 minutes to create their own unique pancakes as part of the Chopped: 4-H Edition competition. They had a table of ingredients to choose from including marshmallows, fruits and candy as well as the essentials: eggs, milk, flour and batter.

For the Chopped competition, the kids were judged on taste, appearance, uniqueness of the pancakes and teamwork. 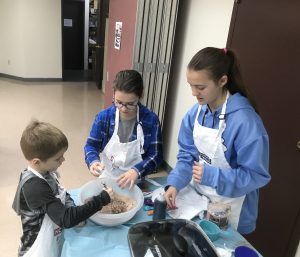 “It felt good to win because I’m not good at making pancakes,” Troxler said.

“The competition was fun,” Wilson added.

Several kids were presented with awards for their individual dishes and at the end, the kids and parents spent time tasting all of the dishes.