Martha Basinger Sessoms, 69, of the Lazy A Ranch at Badin, passed away Saturday, March 23, 2019 at her home after a long battle with cancer.
A private memorial service will be held at a later date, but her family will receive friends at Whitley’s Funeral Home from 6 p.m. to 8 p.m. Friday, March 29. 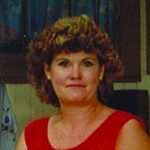 Martha was born July 28, 1949 in Iredell County, a daughter of the late Jack and Tiney Basinger.
In addition to her parents, Martha was preceded in death by her brother, Joe Basinger.
She was a graduate of South Rowan High School, Class of ’67 and attended UNCW.
In earlier years, Martha sold computers for various local computer companies. She retired on disability in 2005.
Martha was an integral part of the Lazy A community, where she was known as Aunt Martha by everyone and made notable “Toasts” at parties there.
She was the life of the party, enjoying trips to the beach and spending time with her family.
Martha was a loving mother, grandmother, sister and friend.
She will be deeply missed.
Martha is survived by her daughter, Summer Lange (Barry) of Leland; her grandson, Connor; her brothers, Andy Basinger of Salisbury, Robin Basinger (Beverly) of Hampstead; her sister, Judy Basinger of Castle Hayne; and her best friend, Todd Hill of New London. She also leaves behind her “old dog” Holly Hobby.
Online condolences may be left at www.whitleysfuneralhome.com and memorial donations can be made in lieu of flowers to the Levine Cancer Institute Hematology Research Fund c/o Carolinas HealthCare Foundation, 208 East Blvd. Charlotte, NC 28203 or to the charity of your choice.