In 1913, the Norfolk Southern Railway was planning a route through Stanly County.

The community of Big Lick, in the southern part of the county, was situated on a hill and so it was bypassed in favor of land about 1.5 miles away owned by C.C. Furr. The land was quickly split into sections, sold at auction and the town of Furr City was born. 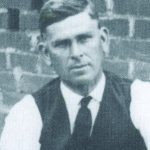 According to the March 10, 1913 issue of the Charlotte Observer, the new town had a number of roads that led to nearby communities.

There were power lines from the Southern Power Company that ran through town. Several mercantile businesses quickly built and opened, and several manufacturing firms began to make plans to build in the community. A newspaper, called the Furr City News began publishing in June.

Even though the town was beginning to flourish, the railroad didn’t like the name so by October the name was changed to Oakboro.

It is believed the name Oakboro was chosen due to a large oak grove in the area. The town was officially incorporated in 1915.

As time passed the community of Big Lick slowly disappeared as many of the businesses and residents moved to Oakboro.