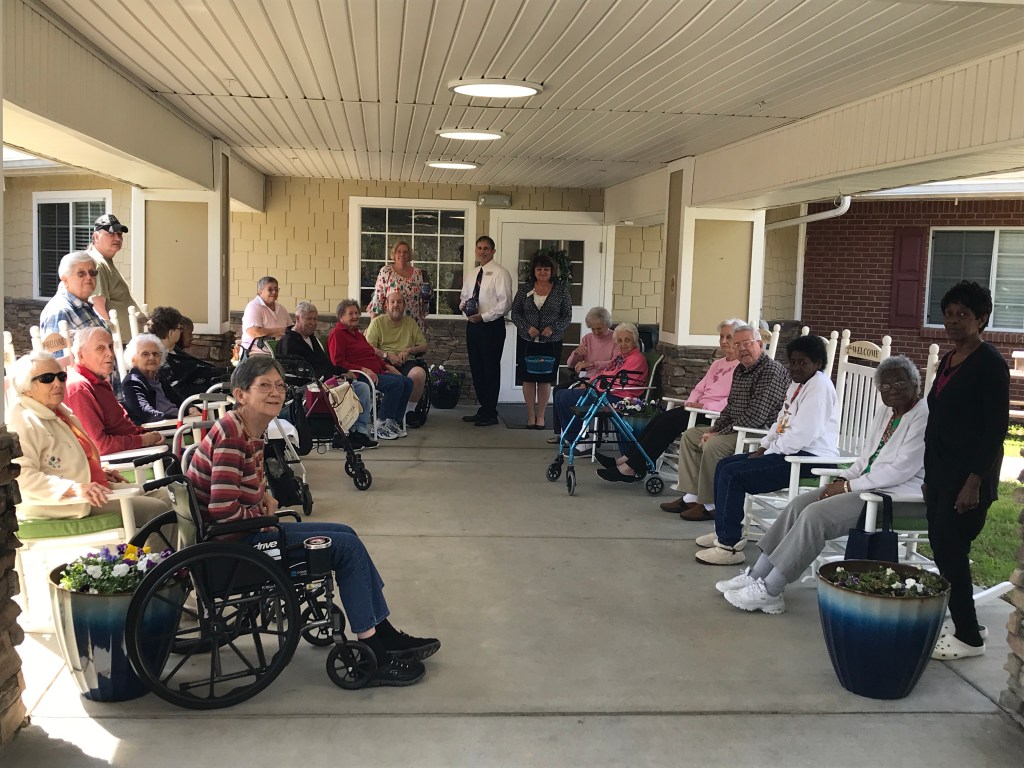 The Woodhaven residents with sales and marketing director Blake Schooley (holding the egg), who came up with the idea to hide the eggs, along with Woodhaven executive director Lydia Jacob.

Woodhaven Court Assisted Living and Memory Care has found a way to bring joy to residents and the Albemarle community by hiding large purple Alzheimer’s Awareness Easter eggs throughout the city for people to find.

The eggs, hand painted by the residents, have facts about Alzheimer’s disease.

One in three seniors die with Alzheimer’s or dementia. Alzheimer’s kills more than breast cancer and prostate cancer combined.

People who find the eggs and return them to Woodhaven will receive a Chick-fil-A gift card and be entered into a drawing for a $100 Visa gift card that will take place April 19.

The idea was the brainchild of Blake Schooley, sales and marketing director at Woodhaven.

He was originally planning an Easter egg hunt for the residents, staff and their families when he started thinking bigger.

Though he has only worked at Woodhaven since early December, Schooley loves his job and interacting with the residents and staff.

The event kicked off March 25. The first Easter egg was discovered at the new Chick-fil-A.

Several eggs have been hidden and have already been found around the community. The eggs have been discovered at Vac & Dash, Lowes, Badcock Home Furniture and Joe Speight State Farm Insurance. Many other local businesses are harboring eggs just waiting to be found. 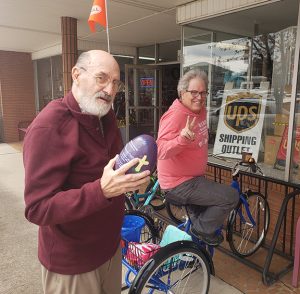 “The support of the community has been absolutely amazing,” Schooley said.

Schooley’s goal is to hide 50 eggs before April 19. He also wants to get every resident who’s willing to help to hide the eggs.

Shelby Roberts is an Alzheimer’s resident from Concord. She hid a purple egg in a small plant outside of State Farm Insurance office in downtown.

“I was excited when I hid the egg,” she said, adding she used to hide eggs with her family.

“Happy hunting everybody,” she said in a Woodhaven Facebook video after she hid the egg. 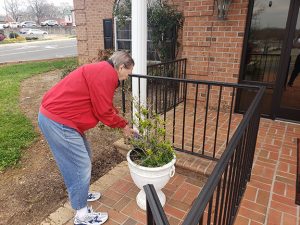 “It felt good to get out and have some fresh air,” she said.

The only problem, she joked, was she felt she gained 10 pounds being around all the yummy sweets. 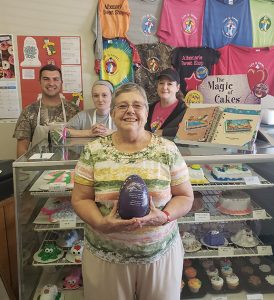 Gloria Gibson, who’s originally from Hickory, hid her purple egg in a small refrigerator at Lowes.

“I had a great time hiding that egg,” she said.

She used to have Easter egg hunts with her children.

“I think the egg hunt brings joy to all the residents, all the staff, families, it’s just very unique and those genuine smiles (from the residents) you don’t see every day” said Woodhaven executive director Lydia Jacob.

The event has already garnered attention from the Affinity Living Group, which owns more than 100 assisted living facilities in five states, including Woodhaven.

Schooley is still thinking of other holiday events.

He’s bringing a Mariachi band to play for the residents for Cinco de Mayo on May 5.

“Why not take them back to their childhood and why not let them be a kid again?” Schooley said.

Schooley’s passion and joy for the Woodhaven residents is clearly infectious.

“If we could bottle the passion that they have and the desire that they have to take care of these residents and distribute it throughout the company we’d be absolutely unstoppable,” Speight said.